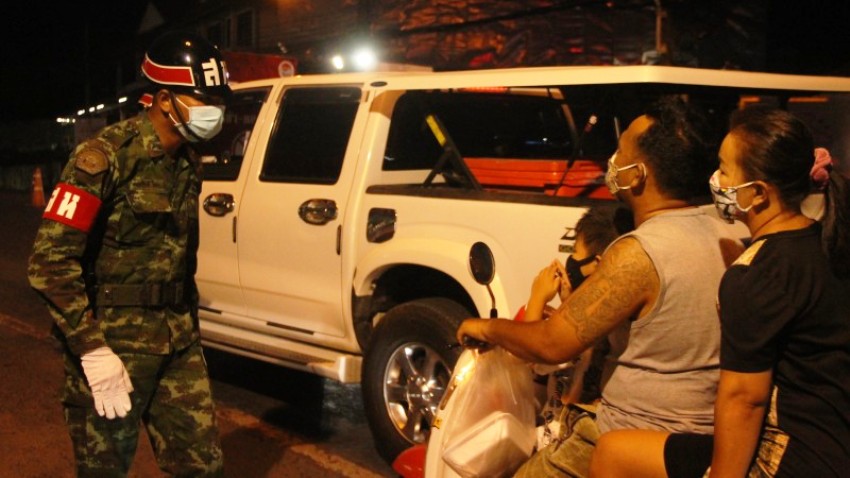 Curfew violators of Thailand’s lockdown who have been subjected to maximum jail terms of two years, have received a get-out-of-jail card. As the violators threaten to overwhelm the already overcrowded prison population.

The Thai courts have decided to send 2,276 of them to us,” Vittawan Sunthornkajit, director-general of the Department of Probation, told the Bangkok Post.

He said some wrongdoers, who committed serious offences in connection with the violations, have been imprisoned.

But if they were only involved in trivial illegal acts, they would be first given warnings. That meant their penalties were reduced, but they still needed to be under surveillance. Which ranged from seven days to one month.

Curfew violators arrested during the emergency period created a new duty for departmental officials. The officials have also been told to instill in these people what Mr Vittawan called “samnuek di” — conscientiousness.

“We sent them to temples,” he said, one of social service activities his department hopes will help awaken them. Above all to the bad impacts on the public brought about by their rogue behavior.

More than 900 temples have served as soup kitchens across the country. Under an initiative of the Supreme Patriarch to help poor hungry people. Especially people who bear a heavy brunt during the coronavirus pandemic.

“These wrongdoers will help monks give food to the affected villagers,” Mr Vittawan said. “We want them to see how so many people suffer.”

Contributions to society like this will help wrongdoers rethink their behavior, Mr Vittawan says. While they defied emergency-related laws, several thousands of others were struggling to survive.

The curfew violators, which averaged between 448 and 699 a day, increased by 8.4% after the government of Thailand allowed some businesses and activities to reopen.

Just over a week after May 3, the number of curfew violator cases prosecuted by officials rose to 7,320.

To have all of them jailed may not be a good idea as the country is struggling to deal with overcrowding in prisons. Putting many of them on probation and building samnuek di in their minds may be the best way, Mr Vittawan said.