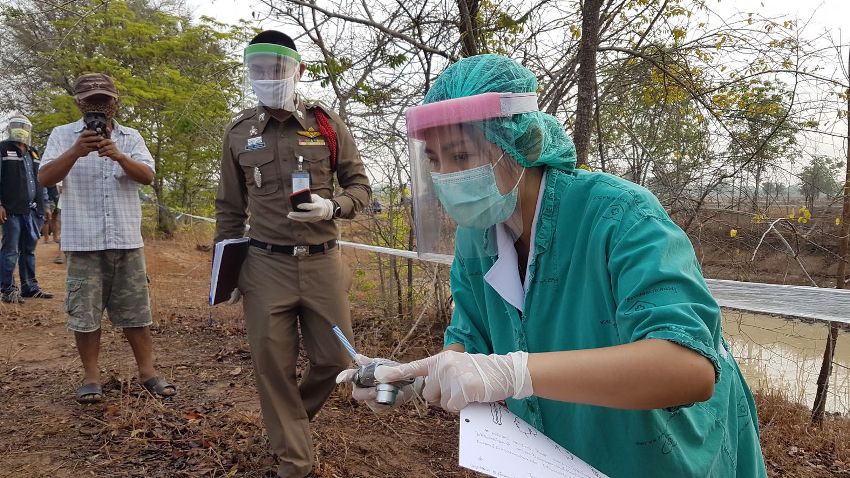 Police said a 60 year-old man from Myanmar committed suicide by setting himself on fire in central after losing his job. Officers from the Don Chedi Police Station in Suphanburi province found the charred body near a holding pond.

The holding pond was located about 60 meters from Nong Son village where the unnamed victim lived, the Nation reports.

The man had suffered severe burns to the head, torso and limbs. Police found a gallon-container of fuel and a lighter about 30 meters from the body.The wife of the victim said that he had worked in a gristmill and lived in Thailand for the past 20 years. But when he turned 60, the mill had stopped hiring him.He then became stressed and depressed. After seeing that her husband was missing from their bed this morning, the wife went out to search for him and found his body shortly after.

Forensics team examines man body after he set himself on fire