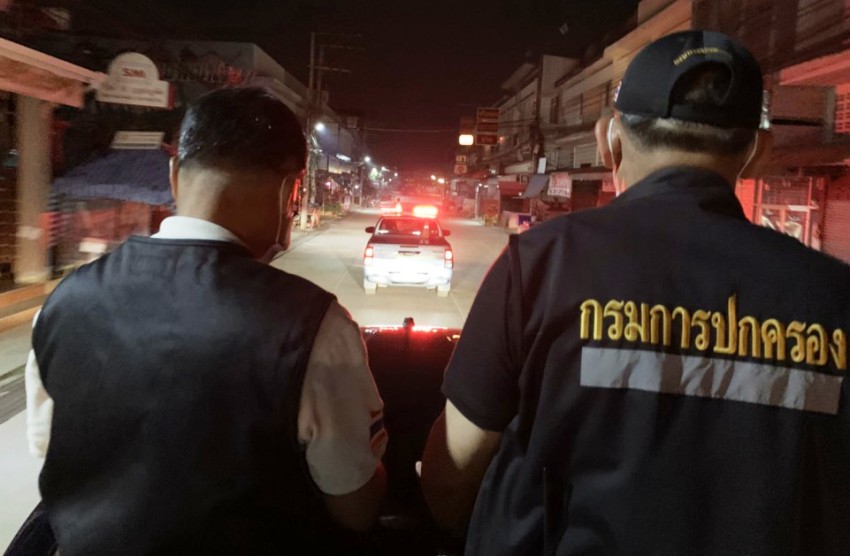 Prime Minister’s office announced a nation-wide curfew from 10:00 p.m. to 4:00 a.m., beginning on April 3.  On April 1st, the governor of Chiang Rai province ordered the search of all vehicles entering the province.

Traveling inside the province is also restricted as nine police checkpoints are set up in the province. Chiang Rai has no active coronavirus cases and no new cases reported in the last seven days.

Authorities will not allow the entry of travelers who cannot explain why they need to enter the province. Travelers who are not wearing a mask, and travelers who do not cooperate with health officials will be denied entry.

Furthermore anyone entering Chiang Rai province will need to provide their contact details and undergo a health screening.  The announcement is available in Thai on the province’s Facebook page.

According to the third clause of the State of Emergency Decree there are seven groups of people who can travel during the curfew in Chiang Rai Province from 10 p.m. until 4 a.m. as follows:

– Civilians who are performing their duties according to other laws

– Those who are transferring people to a separate place for quarantine, under the law on communicable diseases

– Those who provide food or product delivery services

– Those who provide telecommunication equipment network maintenance and improvement services

– Those who must act in the event of an accident

– Those who work in shifts according to the normal scheduled time of the government agencies, companies and also factories

– The conditions of travel are

– People in Groups 1-6 must present their identification card or other card, documents certifying necessity or documents relating to goods, services, travel or other evidence

– People in Group 7 must also provide necessary reasons together with evidence to the authority.

Those who intentionally break the curfew without valid reason will face two years imprisonment. Also up to a 40,000 baht fine, or both forms of punishment.