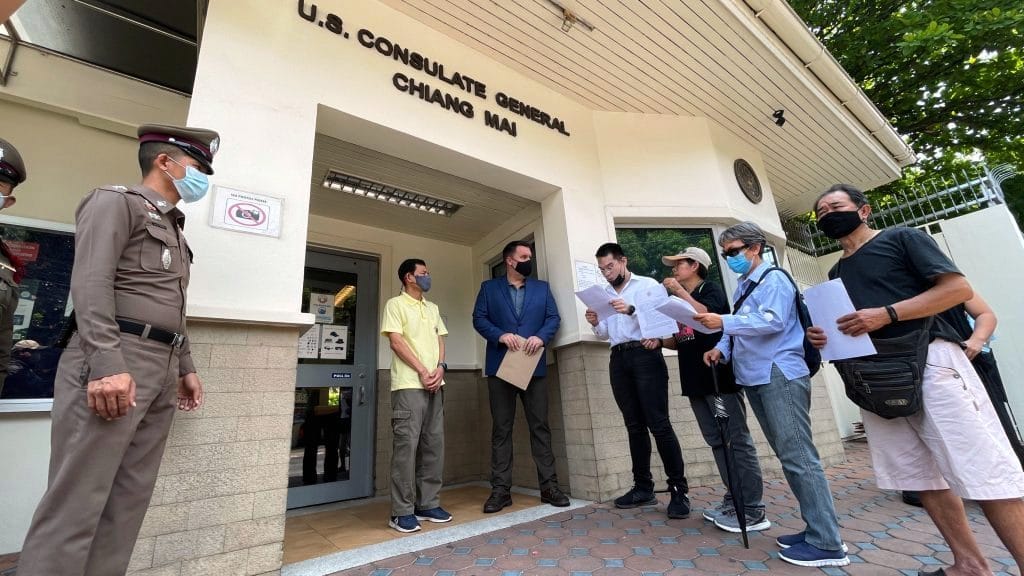 A group of University students submitted a letter to the US consulate in Chiang Mai, requesting the US apply the “Magnitsky Act” on Prime Minister, Gen Prayuth Chan-Ocha.

Representatives from the Kon Muang Movement, the Wilar Party, and activists, political students from Chiang Mai University submitted a letter to Benjamin Rathsack, the head of Diplomatic Security Service and the Consul General of the United States of America in Chiang Mai.

They requested the USA apply the “Magnitsky Act” to the Thai Prime Minister, Prayuth Chan-Ocha.

Enacted in 2012 under the Obama administration, the “Magnitsky Act” allows direct sanctions against individuals who the US identifies as abusers of human rights or corrupt. Actions may include asset freezing and revocation of visa and entry rights to the USA.

According to CityNews the letter says that the Gen Prayut has violated human rights, using section 112 and section 116 to prosecute more than 100 political activists. Combined with the injuries caused by the use of water cannon, tear gas, and rubber bullets to break up the recent mass rally, the letter calls on the US to apply the Magnitsky Act against the Thai Prime Minister.

Gen Prayut said this was never the intention of his government, in reference to the lese majeste case filed against anti-government protest leaders and the leader of the Progressive Movement, Thanathorn Juangroongruangkit, over his comments about the government’s Covid-19 vaccination program.

On Thursday submitted to public prosecutors an investigation file into a lese majeste case linked to the demonstration outside parliament on Sept 24 last year, in which five protesters were accused of offending the monarchy.

Thailand has one of the harshest royal defamation laws in the world. The law is routinely interpreted to include any criticism of the monarchy – including content posted or shared on social media.

Under Section 112 of Thailand’s penal code, anyone convicted of defaming, insulting or threatening the King, Queen or their heir, faces between three and 15 years in prison on each count.