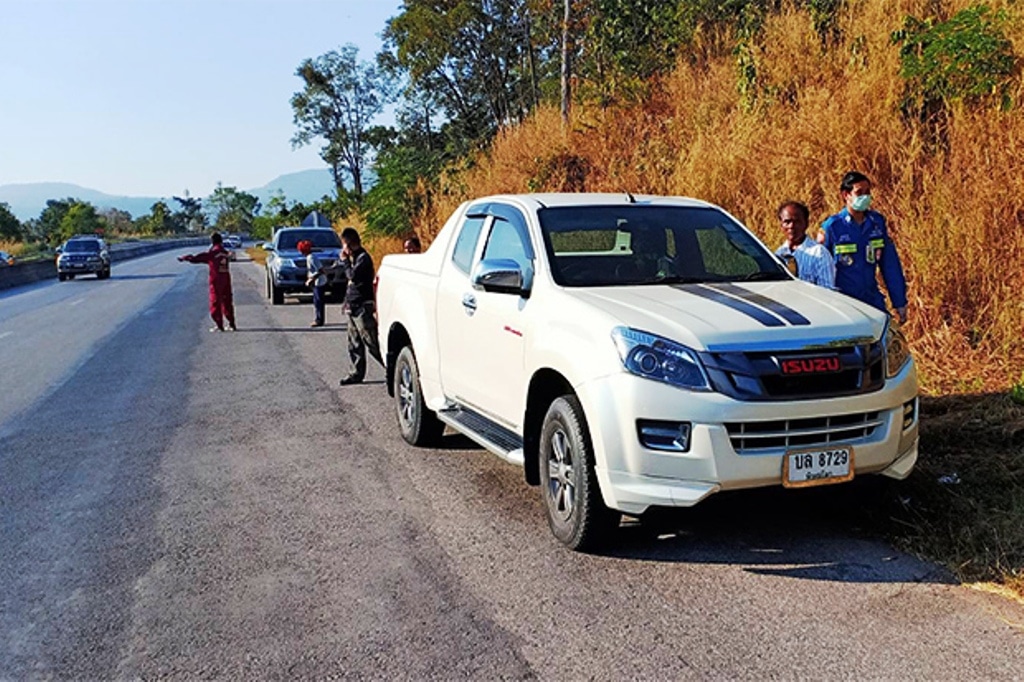 A police captain was found dead in the backseat of his parked pickup on a road in northern Thailand on Sunday afternoon. The two-door Isuzu D-max was parked on the road shoulder near Huay Fong village in tambon Wang Nok Aen, on the Phitsanulok-Lom Sak highway.

The body was sent to Buddhachinaraj Hospital in Muang district for forensic examination to establish the cause of death.

Meanwhile, a Thai man’s bathroom break turned into a nightmare after he discovered an 8-foot python dangling from the lavatory ceiling.

Shop assistant Nop Powin, 35, had been visiting the loo at his restaurant in Phitsanulok, northern Thailand, when he stumbled upon the giant snake, which had apparently smashed through the ceiling in search of food, Thai media reported.

The footage shot by Nop shows the reticulated python, which is the world’s longest at over 20 feet, hanging from the ceiling like a serpentine chandelier.

The constrictor then doubles around and tries to slither back into the hole whence it came.

Unfortunately, when the terrified employee last checked the bathroom, the snake was nowhere to be found.

”I need the local snake catchers to come and find it, but nobody has been yet,” said Nop, adding that he’s “scared the snake could come back and attack.”

The shopkeeper’s fears aren’t unfounded. In 2018, a 23-foot reticulated python reportedly killed a woman in Indonesia by squeezing her to death, before swallowing her whole.

And this past September, a Thai teen lived out every man’s worst fear after a python bit his penis while he was on the john.