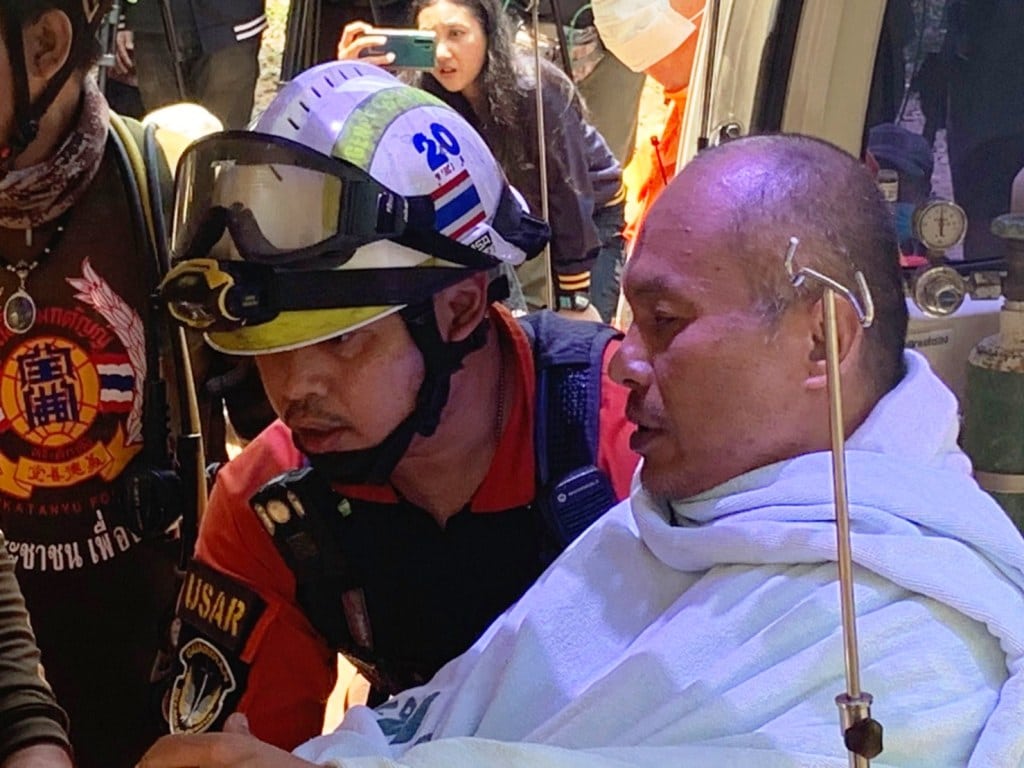 Rescuers in northern Thailand have successfully brought a monk to safely from a flooded cave in Phitsanulok on Wednesday. The rescue comes days after he was trapped by rising water after going inside to meditate.

The monk “Phra Ajarn Manas”,  46, was on a pilgrimage from another province and entered Phra Sai Ngam Cave in Noen Maprang district on Saturday. A rainstorm struck Phitsanulok in northern thailand on Sunday and continued through into Tuesday, flooding parts of the cave while he was inside.

A local rescue unit, Prasat Bun Sathan, announced his safe return to the world on its Facebook page.

Residents had told them on Tuesday that the monk was trapped inside the cave.  Rescuers went in looking for him but had to call off the operation after about an hour due to the rising water level.

Pictures on the unit’s Facebook page showed the monk on Wednesday, sitting inside the cave surrounded by rescue workers and having his blood pressure taken.

“At 11.30am we successfully rescued Phra Manas from the cave,” the post announced.

One of the rescuers confirmed in a phone call that the monk was out of the cave and getting first aid. Seventeen divers participated in the effort to find and free the monk.

Thailand made global headlines in 2018 with the high-profile rescue of 12 members of a youth football team and their coach from flooded Tham Luang cave in Mae Sai district of Chiang Rai.

Thai Navy Seals and an international team of cave divers managed to rescue the boys and their coach from the cave.