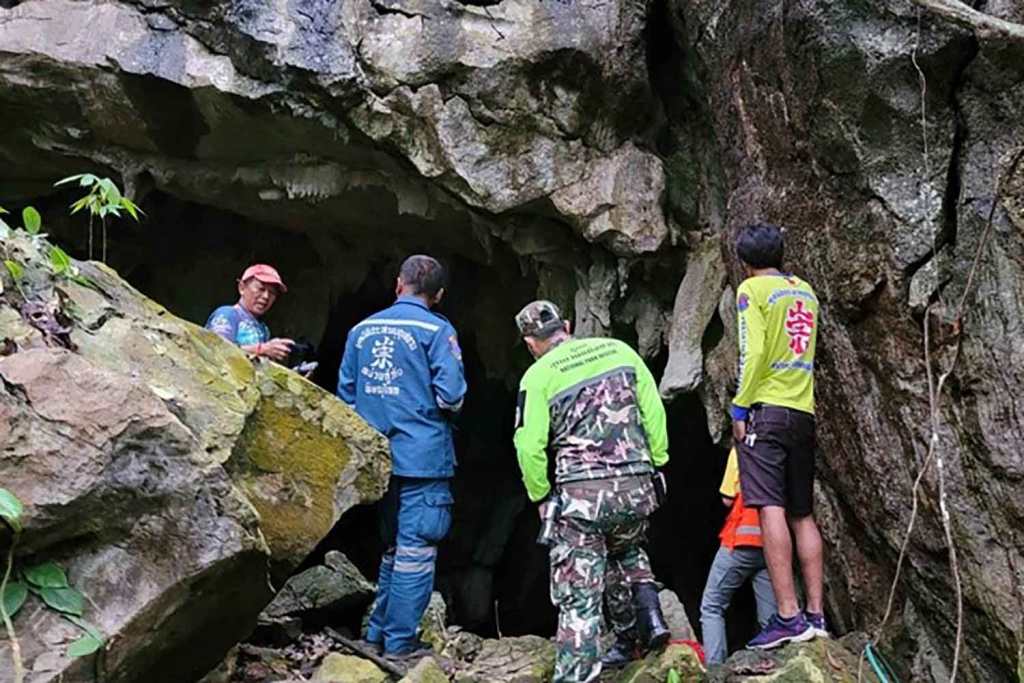 Prasat Bun Sathan, a local rescue foundation, posted a photo of the cave on Facebook, saying the monk had been stuck inside since it was flooded on Sunday.


The post was accompanied by a promise to keep the public posted on efforts to get the monk out and an update saying rescue workers were already at the scene.

Rear Admiral Supphachai Thanasarasakhon, chief of the navy’s Naval Special Warfare Command, said a Sea, Air, and Land (SEAL) team was being prepared to be sent to the cave to help should an SOS be received.

In June and July 2018, a widely publicised cave rescue saved the lives of members of a junior football team who were trapped inside the Tham Luang Nang Non cave in Chiang Rai Province, Thailand.

Twelve members of the team, aged eleven to sixteen, and their 25-year-old assistant coach entered the cave on 23 June after football practice. Shortly afterwards, heavy rains partially flooded the cave, blocking their way out.

The rescue effort involved over 10,000 people, including more than 100 divers, scores of rescue workers, representatives from about 100 governmental agencies, 900 police officers, and 2,000 soldiers; and it required ten police helicopters, seven ambulances, more than 700 diving cylinders, and the pumping of more than a billion litres of water from the caves.