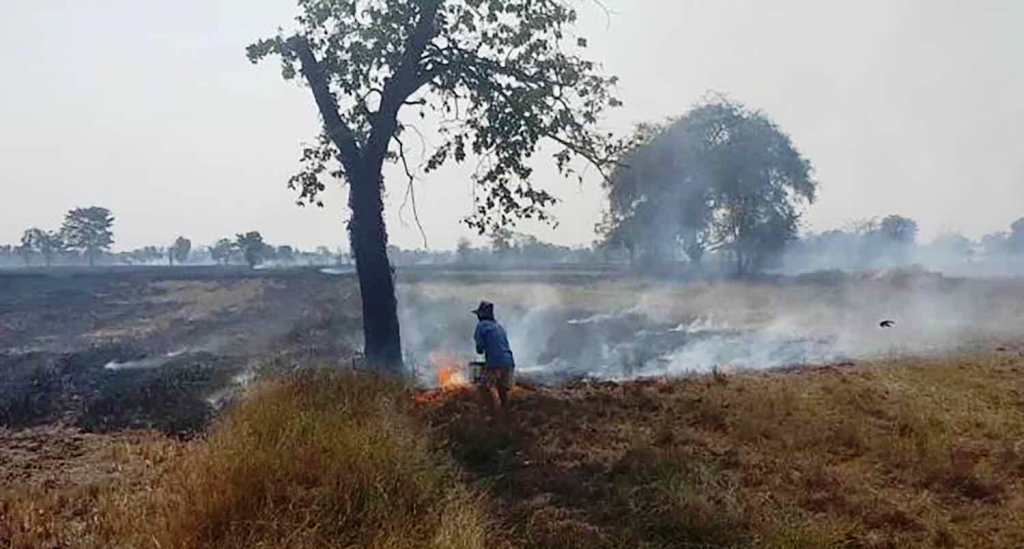 One of the major contributors to the increasing dust pollution is open burning by farmers who are preparing their farm lands for re-planting.

The other major source of PM2.5 particles, it said, is sugar cane plantations. Many farmers choose to burn the leaves off the plant before harvesting the sugar-bearing stalks in order to save time and money.

The average level of PM2.5 dust in the North hovered between 35-85 microgrammes per cubic metre (μg/m³) on Tuesday, according to data released by the Centre for Air Pollution Mitigation.

In the Northeast, the levels ranged between 40-99μg/m³ on Tuesday, while in the West the range hovered between 13-59μg/m³.

In the East and South, PM2.5 levels were quite low, ranging between 14-40μg/m³ and 5-20μg/m³, respectively. Furthermore in Bangkok and its immediate vicinity, the levels were recorded at between 15-43μg/m³.

The Pollution Control Department considers PM2.5 readings below 50μg/m³ as “safe” — however, their standard is twice as high as what the World Health Organization considers as safe.

In Nakhon Ratchasima, the drop in air quality was noticeable in many districts. An air quality monitoring station in tambon Nai Mueang in Mueang district returned a PM2.5 reading of 71μg/m³ on Tuesday.

To stop the air quality from dropping further, Nakhon Ratchasima governor, Wichian Chantaranothai on Tuesday has asked farmers to halt all open burning activities. Also saying those who violate the order may face jail time and fines.

Despite the treat of fines and jail farmers continue their burning as the laws are rarely enforced by police.

Pickup Loaded with Workers Crashes into House in Northern Thailand