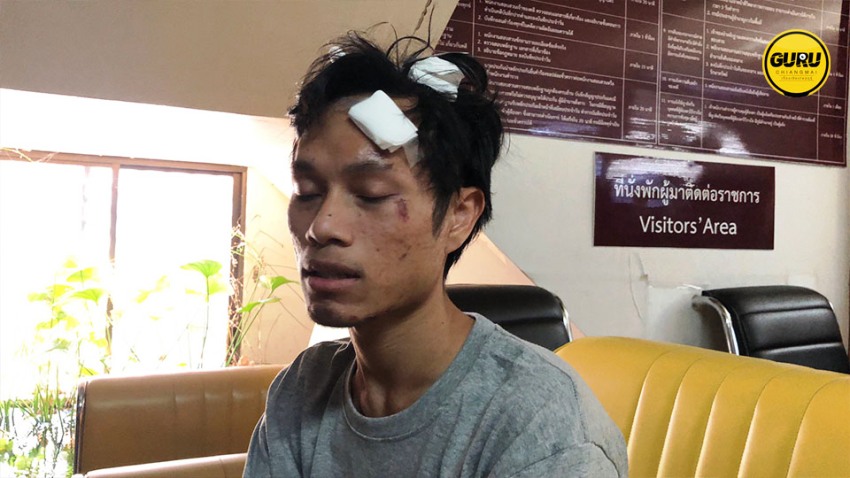 A University student in Chiang Mai has reported that he was allegedly mugged by “foreigners from Europe.” – farangs on Doi Pui Feb. 12.The assault allegedly happened at a view point on Doi Suthep in Chiang Mai.

According to his post he was taking photographs at the view point where he was approached by farangs. He said they hit him hard on the head with a piece of wood before being further attacking him.

Mr. Saen-in then allegedly fled into the forest, fearing that the foreigners may chase him and attack him further. In the process he is said to have fallen down an embankment, knocking himself unconscious.

Upon coming to he returned to the scene of the attack to find that his camera equipment missing. His tripod, backpack and money had all been taken, Chiang Mai One reported.

He was also able to obtain assistance from other tourists in the area and was eventually taken to hospital in Chiang Mai. There doctors cared for his cuts and abrasions, including six deep wounds to his head. Furthermore doctors said the head wounds consistent with being attacked with a solid object.

Hospital doctors also confirmed to Chiang Mai police that based on the wounds man was assaulted.  Police waitied for the man to be discharged from hospital to provide further testimony.

Mr. Saen-in has asked for co-operation from the public. Above all in the event they notice anyone attempting to sell or pawn camera equipment. He has also asked anyone with information to please contact police.

Thai Monk Arrested and Disrobed for Calling in Bomb Scare