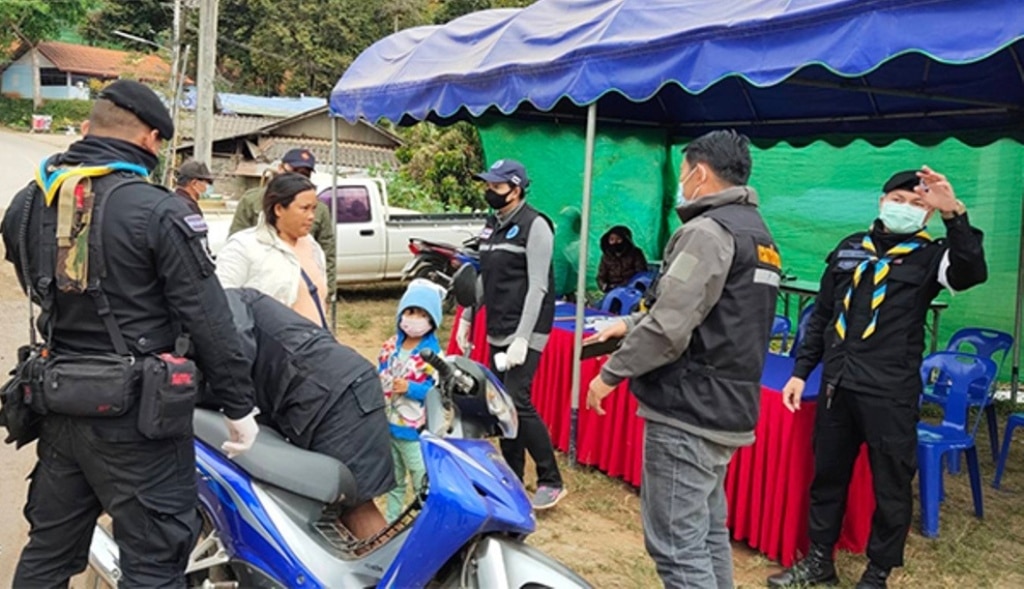 Chiang Mai’s governor has ordered three tambons in Mae Ai district into a three-day lockdown, from Monday to Wednesday, under an order issued by the provincial disease control committee, governor Charoenrit Sanguansat said on Monday.

Mr Charoenrit, the committee chairman, said the isolation was in response to a report that a Covid-19 patient in Ayutthaya had until recently worked in Mae Ai district. The three tambons are Mae Ai, Malika and Tha Ton.

Under the lockdown, people are not allowed to travel out of the area. If travel is essential, they must inform their village Covid monitoring team, which would inform a tambon hospital, which would issue a document certifying their travel.

All Chiang Mai public offices are to conduct health screening of customers, as set down by the Centre for Covid-19 Situation Administration (CCSA). Checkpoints at the boundaries of the three Chiang Mai tambons are screening intending travellers. Schools in the three tambons are closed for the three days.

Movement of migrant workers in and out of the three tambons is prohibited. A document from a tambon hospital is needed if travel is essential.

The disease control committee also issued an order requiring people who had arrived from Samut Sakhon recently to report to health officials, or face penalties which include a fine and/or jail term. Our border is 5,526 kilometres long and we can’t stop them all said deputy army chief-of-staff and army spokesman Lt Gen Santipong Thammapiya told the Bangkok Post.

He admitted illegal migrants were still sneaking into Thailand from Myanmar, especially at highly porous locations in Tak, Chiang Rai and Kanchanaburi. The army, he said, would add even more resources, including drones, mobile patrol units and razor-wire fences to secure high-risk areas.

The army had recently arrested 279 Myanmar nationals at vulnerable border crossings in those three provinces and had already sent them back, said Lt Gen Santipong.

In addition, 200 soldiers were recently sent to Samut Sakhon, the flash-point of the latest Covid-19 infection cluster, to boost the authorities’ screening and checkpoint capacity, he added.