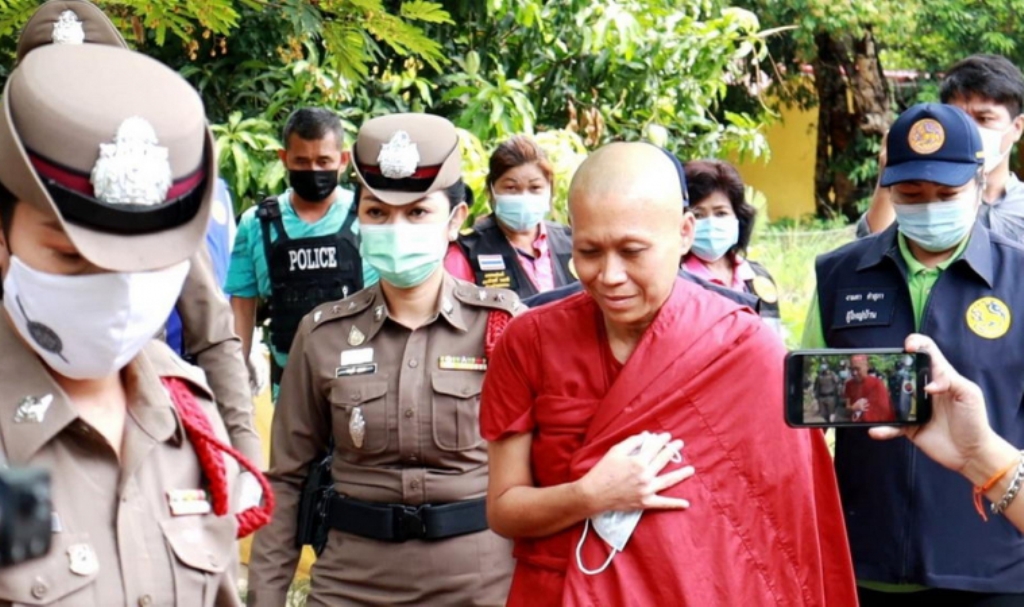 Three Buddhist nuns have been arrested and charged with running a pyramid scam out of a meditation centre in northeastern Thailand. The Buddhist nuns allegedly defrauding hundreds of investors out of 10 million baht.

Buddhist Nun Ou, 49, aka Ms Issaree, claimed to hold the clerical title Phraya Thammikkarat Inchaiya. She was named on an arrest warrant issued by the Nakhon Phanom Provincial Court on charges of fraud.


Her arrest follows complaints by more than 400 people that a woman claiming to be the owner of the meditation centre, and her two assistants, had set up pha pa fund similar to a  pyramid scheme. The alleged fund promised high returns in the form of cash and gold adornments.

Each complainant had invested 2,000-3,500 baht. None had received the promised returns. 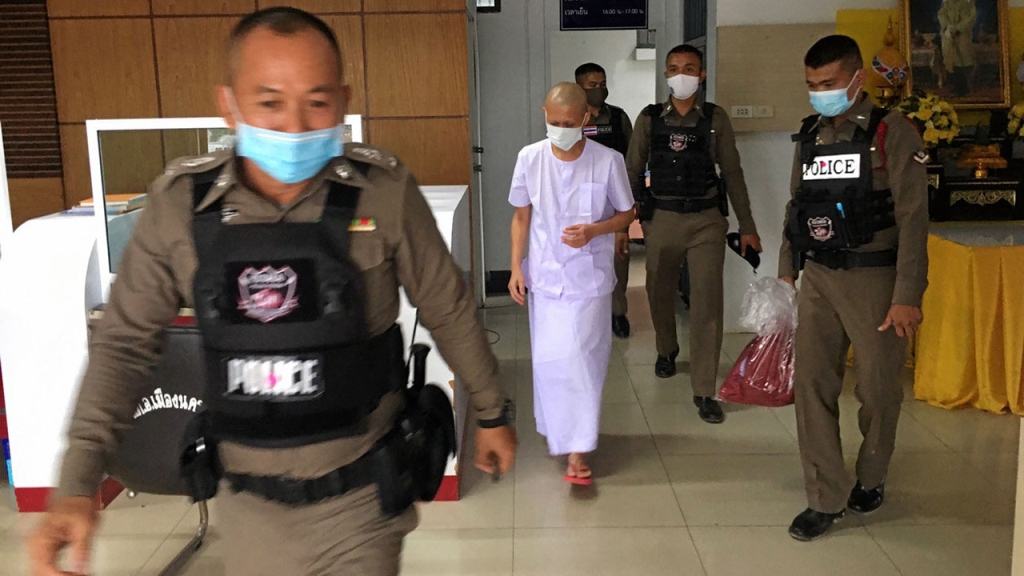 The two other Buddhist nuns were arrested on April 22 and charged. The duo were allegedly tasked with persuading people to invest in the fund. The court approved their continued detention pending further investigation.

Nun Ou told reporters she was a noble individual, similar to a noble monk, who did not cling to anything.

She said the pha pa funds were set up to help the poor. The cash would be returned to those who made merit and had faith in the funds, but the payments would be made at an auspicious time. She claimed those merit-making people had exhibited greed, and this caused problems.

Provincial Buddhism Office chief Julasan Than-inart on Wednesday said Nun Ou did not have any clerical title as claimed. She was an ordinary woman. Police could take action against her if she was found to have broken the law.


During the arrest, police also found a monk at the meditation centre, Phra Chokchai Suphattho, 36. He was there from a temple in Sing Buri to practice meditation. He had nothing to do with the alleged fraud, Mr Julasan said.

The monk was told to return to his temple. The three alleged Buddhist nuns faced legal action, the Provincial Buddhism Office chief said.