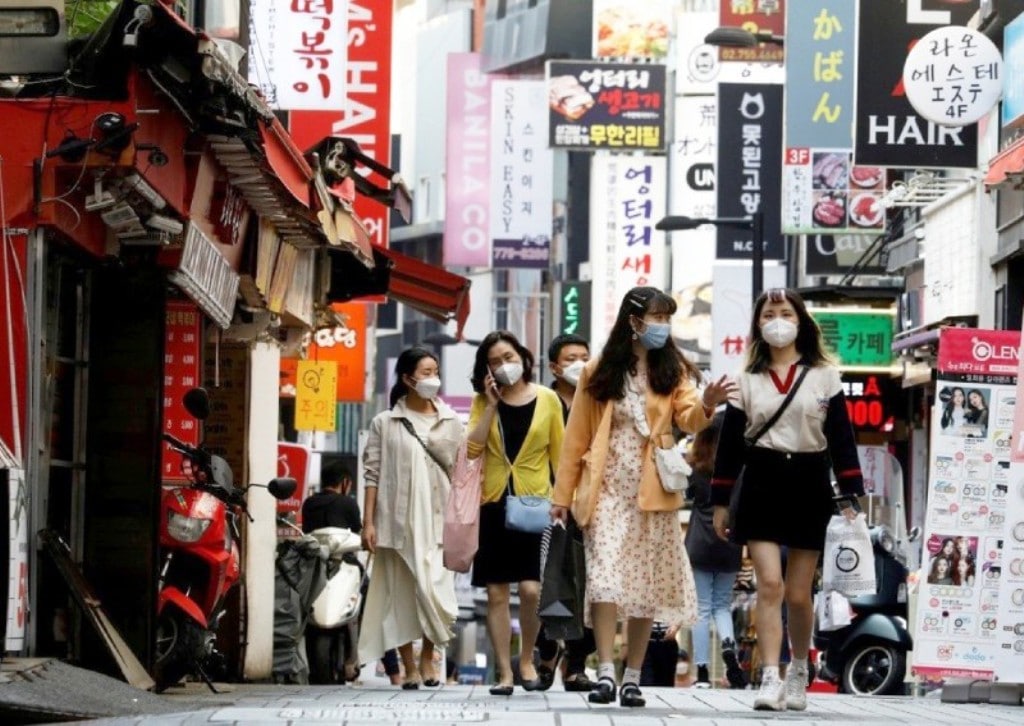 As of July 1st, fully vaccinated visitors can skip compulsory 14 day quarantine if they are visiting family, or travelling for business, academic or public interest reasons. So long as they did not travel through one of 21 countries deemed to be high risk.

Fully vaccinated visitors must have been inoculated with a World Health Organization-approved vaccine and need to apply in advance via their nearest diplomatic mission. The must submit proof of vaccination and documents proving family ties or other reasons for travel. A negative Covid-19 test is also required before departure and on arrival.

Anyone vaccinated in South Korea has been exempt from self-isolation requirements for returning travellers since early May — part of a raft of measures aimed at encouraging people to get jabbed that include an easing of capacity limits at entertainment venues and the ditching of an outdoor mask-wearing mandate for those who have received at least one vaccine dose.

Governments elsewhere in Asia have seemed reluctant to follow Seoul’s lead, however. In Singapore, authorities last week said they were preparing for a future in which Covid-19 is endemic , but have yet to lay out any firm timetable for reopening and still impose 14 days of hotel quarantine on most arrivals.

Hong Kong last month cut hotel quarantine to seven days for vaccinated residents who test positive for Covid-19 antibodies and have not been to a place the government deems “extremely” or “very” high risk — such as Britain , Indonesia and the Philippines — but has offered little indication of how or when it plans to reopen.

Vietnam and Australia have been mostly closed to non-residents since March last year, with Canberra signalling that major changes to its border controls are unlikely until at least mid-2022. Australian Prime Minister Scott Morrison on Friday halved a cap on weekly arrivals amid outbreaks of the Delta variant in multiple cities, while announcing that the government would set vaccination targets – as yet unspecified – for the eventual return of normal life.

Thailand, meanwhile, reopened its popular resort island of Phuket to fully vaccinated travellers from lower-risk countries on Thursday — though in the rest of the country, arrivals must still undergo 14 days of hotel quarantine.

South Korea’s export-dependent economy shrank last year, but only by one per cent — a “stellar” performance President Moon Jae-in attributed to the country’s “exemplary pandemic response” and avoidance of lockdowns in his New Year’s address.

South Korea’s coronavirus strategy has not been without its stumbles or controversy. As with much of the Asia-Pacific, vaccinations got off to a slow start, with critics accusing the government of not acting early enough to procure jabs — although coverage now ranks among the highest in the region, after Mongolia, mainland China, Singapore and Hong Kong.

On Thursday, South Korea reported 800 new coronavirus cases, the highest daily figure since early January, prompting provincial authorities to postpone by a week the easing of limits on private gatherings and restaurants’ operating hours for those who are unvaccinated.