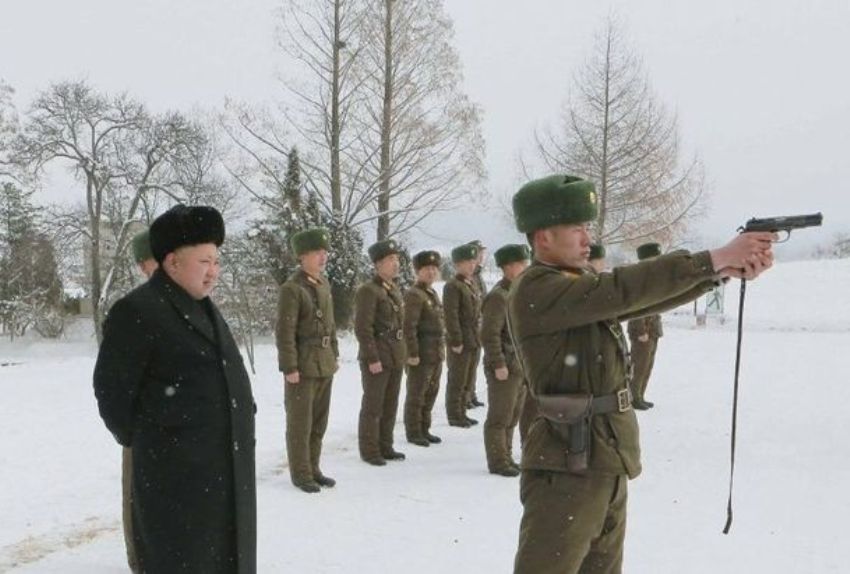 North Korea has allegedly executed an official who returned from China and went to a public bath in violation of his quarantine. Experts also express doubts about Pyongyang’s claim that DPRK doesn’t have a single case of the coronavirus.

The trade official, who had been placed in isolation after traveling to China, was arrested and immediately shot. Above all for risking the spread of the deadly disease, the Dong-a Ilbo news reported.

North Korean leader Kim Jong Un has vowed to kill anyone who leaves quarantine without permission.

Meanwhile, an official at North Korea’s National Security Agency was exiled to work on a farm because he hid a recent trip to China, according to the UK’s Mirror.

Some South Korean media outlets have reported several coronavirus cases and possible deaths from the illness in the North. However World Health Organization officials based in Pyongyang say they have not been notified of any confirmed cases.

North Korea has remained adamant that there have been no cases of coronavirus within its borders. Experts outside the reclusive country have met that assertion with a healthy dose of skepticism.

Last week, North Korean health ministry official Song In Bom told state media that there are no coronavirus cases in the country. Furthermore that they are well prepared in the event that an outbreak occurs.

The decrease in flights came after the South Korean government issued a travel advisory to its citizens on Thursday.

The country’s Health and Welfare Ministry urged South Koreans to refrain from travelling to regions confirmed to have infectious cases.

South Korea has prioritized guarding against the entry of the virus from regions other than China. Using screening measures for passengers who have travelled to; Thailand Singapore, Japan, Hong Kong, Taiwan, Malaysia and Macau.

Thanapol Cheewarattanaporn, president of the Thai Travel Agents Association, said more countries are expected to follow. South Korea and Taiwan in putting Thailand on their warning lists. He expects the share of outbound packages to South Korea to decline to less than 10% down from 15% before COVID-19.

Related Topics:coronavirusExecutionnorth korea
Up Next