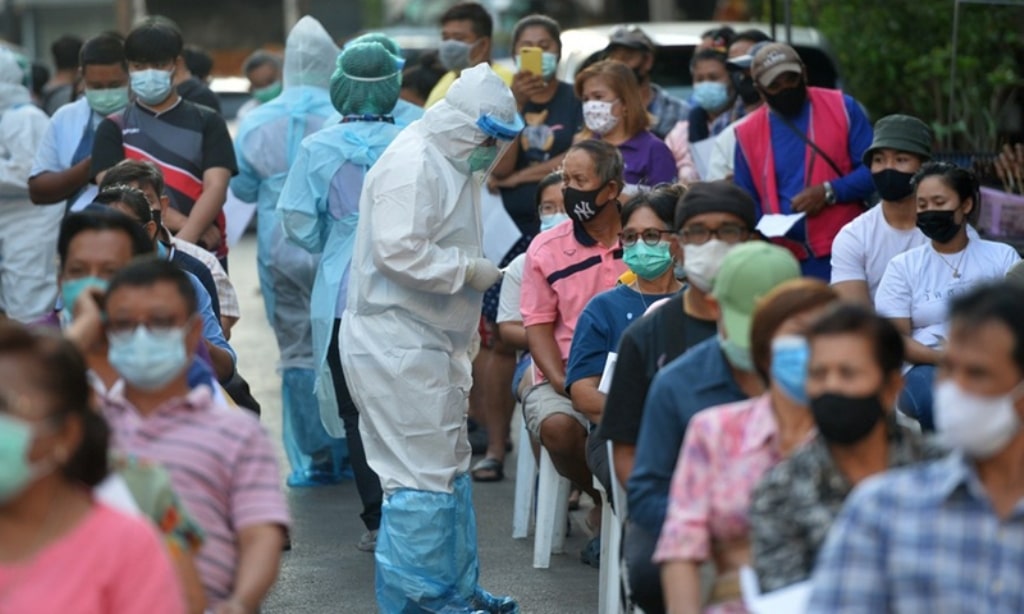 Thailand has become one of the latest countries to report the transmission of the COVID-19 B.1.1.7 variant initially discovered in the UK. Breaking the news on Wednesday, a government health expert and top virologist, Prof. Yong Poovorawan, said 24 cases of the highly contagious variant were recorded in the country and is the cause of the latest cluster of infections detected in visitors to nightlife venues in Bangkok at the weekend.

The SARS-CoV-2 variant, which has been detected in more than 100 countries, is said to be far deadlier and 70% more contagious than the existing variants. Government officials were baffled as to how the variant entered the Kingdom, given Thailand’s strict testing and quarantine protocols, and border control measures. “We did everything to block it, and it still gets through,” Yong Poovorawan said.

Meanwhile, a statement by Poovorawan on Thursday raised suspicions that the variant might have been brought to Thailand from Cambodia either by migrant workers or Thais crossing the border. The Chulalongkorn University professor of medicine said the variant was found in visitors from China and India who entered Cambodia in February.

Cambodia, which detected its first cases of the variant on February 15, has reported a total of 3,604 confirmed COVID-19 cases and 24 deaths. “The fast-transmitting UK variant is now active in Cambodia, especially in Phnom Penh,” a spokeswoman for the Cambodian Health Ministry was quoted to have said.

As of April 9, a total of 30,869 COVID-19 cases and 96 deaths have been reported in Thailand, according to Worldometer. On Wednesday and Thursday alone, there were 334 and 405 new infections, and this recent spike has been linked to the new variant.

The news virus outbreak, which has spread to other regions, may take months to contain, officials have said. According to the health ministry’s permanent secretary, Kiatiphum Wongrajit, it may take two months or more to curb the new wave of infections in Bangkok, which is the epicentre. But in other provinces, officials expect to arrest the spread within two months. This will depend on how effective the measures put in place are.

“The main source of the infections is in Bangkok’s entertainment venues, which could take longer to contain, depending on measures,” Kiatiphum said on Thursday.

This new development poses a setback to Thailand’s travel and entertainment industries as well as its overall social life, considering the oncoming annual festival. Though PM Prayut Chan-o-cha has said the government would not impose a lockdown over Songkran, but people would have to exercise caution during this year’s celebration and holiday season.

A statement by the COVID-19 task-force on Thursday said pubs, karaoke bars, and other nightlife spots in Bangkok and 40 provinces would be closed for two weeks. Officials also urged employers to allow their staff to telework, as they also warned against non-essential travel.

Already, there has been a sign of hospital beds shortage as a result of the new wave. As part of the preparation for a possible surge in new patients, the military plans to set up 3,000 beds in 10 military bases. The Defence Ministry said this came as a response to an instruction by the prime minister.

Thailand introduced a reduction in its quarantine period this month. However, with the recent spike, task-force said it may reconsider the decision.