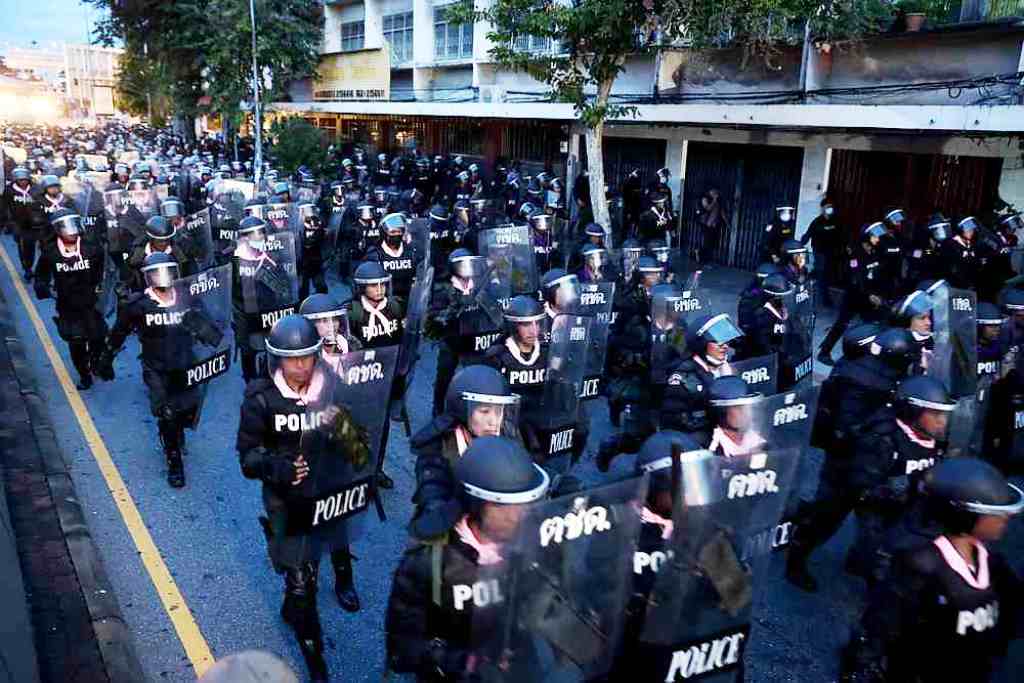 Thai opposition MPs and a group of activists will have petition the Civil Court to revoke enforcement of the emergency decree. The decree was imposed by the Prime Minister to deal with anti-government demonstrations in Bangkok.

The opposed to the emergency decree include; Narinphong Jinaphak, president of the Lawyers’ Association of Thailand; Pheu Thai MP for Nan Cholnan Srikaew; Pheu Thai MP for Bangkok Jirayu Huangsap; and Thanawat Wongchai, a key member of the group calling itself People Who Want Elections.

Mr Narinphong said that the enforcement of the emergency decree was illegal and lacked justification. He said the demonstrations led by the “Khana Ratsadorn” (the People’s Group) were peaceful and in compliance with the law.

He said those present had merely exercised the right to assembly as guaranteed by the constitution and there were clear time frames as to when the events would end each day.

Dr Cholnan said that the declaration of the state of emergency last Thursday was illegitimate and that the term “serious emergency situation” mentioned in the announcement also was unwarranted.

He also said that the petitioners will now request the court to issue a temporary injunction. Above all to prohibit the government from using the emergency decree against anti-government protesters. Pending a ruling on whether to revoke the decree.

Dr Cholnan also said that if the court rules that the emergency decree is against the law, they may file a lawsuit against Prime Minister Prayut Chan-o-cha and the cabinet for issuing it in the first place.

Police Chief  justifies use of water canons on anti-government demonstrators 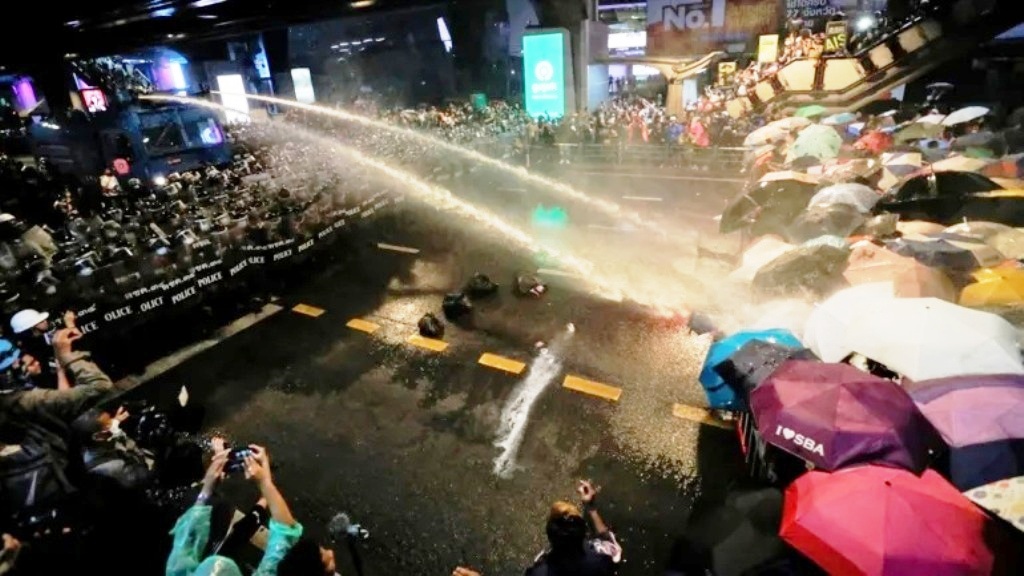 Meanwhile, national police chief Pol Gen Suwat Jangyodsuk said on Monday police still have to assess the protest situation on a daily basis. Crowd control officers have been instructed to avoid any form of heavy-handed action. He also told the officers to provide protection for the anti-government protesters and the public.

Pol Gen Suwat said that it was not necessary to step up law enforcement to deal with anti-government demonstrators at this stage. Especially while relations remain cordial enough for officers to communicate directly with the groups.

He also said that the dispersal of anti-government demonstrators with water canons near Pathumwan intersection in Bangkok last Friday night followed international standards for crowd control. Gen Suwat said that the water sprayed from cannons did not contain a dangerous chemical. He did however omit the fact that the protests were peaceful and didn’t warrant such a heavy tactic.