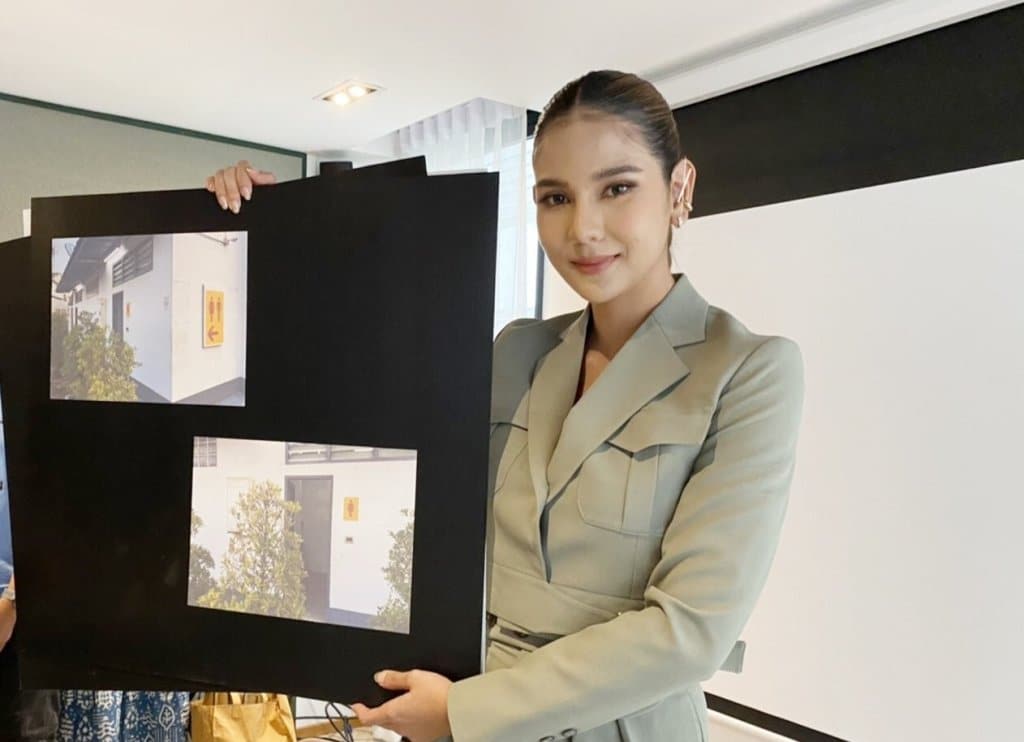 Police in Bangkok are in the hot seat after a junior police officer was caught on video following an actress into a women’s public toilet. Actress Miss Siralapas “Mew” Kongtrakan said the complaint she filed was seemingly flushed from view.

Miss Siralapas on Monday revealed evidence to support her complaint – she filmed him with a mobile phone, and CCTV showed the junior officer walking away from the petrol station toilet and speeding off in a police truck.

The incident took place in Bangkok’s Lat Phrao area at 11.30pm on March 6th. Miss Siralapas filed the complaint with Phahon Yothin police station in Bangkok, which has jurisdiction over the location, the next day.

“What are you doing?” she said in a clip filmed in the toilet and posted on her Facebook page on Friday.

Ms Siralapas followed him out of the toilet to the parking area outside. The man did not answer her repeated question, only saying “I am innocent.” He then drove off from the petrol station in police car number 03464.

The actress told the press conference on Monday that she had been harassed. “This is not only harassment. It’s sexual harassment,” she told reporters.

Miss Siralapas said she would not back down and was determined to take the case as far as she could. She said she had lost trust in police as her problem went quiet until she shared it on social media on Friday.

Apparently jolted into action, the Metropolitan Police Bureau (MPB) on the same day issued a two-paragraph statement admitting the man was an MPB officer and was being interrogated. Media outlets quoted police as saying the man was a police corporal who claimed he went into the wrong restroom.

The actress on Monday rebuffed that claim, saying it would be virtually impossible for the man to walk into the wrong toilet accidentally as the signs were clear and the area was well-lit when the incident occurred.

Police have not stated whether the officer who followed her into the restroom acted on his own initiative or was on assignment.

But she never mentioned politics during the press conference on Monday, saying she was concerned about justice and her own safety. She believed there were good police officers out there, she added.

Thailand to Launch Safety Standards for Trekking and Zipline Adventures