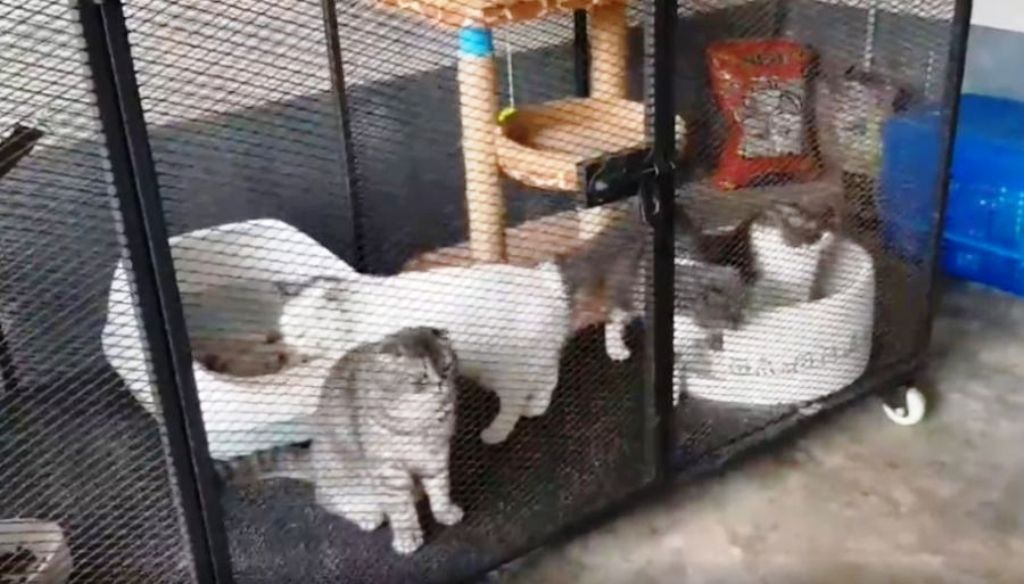 Police in Thailand have seized 6 pedigree cats worth thousands of dollars during a drug raid on suspicion they were being used to launder money. Animal rights activists have protested a plan by police to auction them off.

The cats, including five of the Scottish Fold cats and one Bengal Cat were confiscated on Monday following a raid at a house in Rayong province. The home allegedly belonged to a woman suspected in drug trafficking and money laundering.

According to Rayong police tThe woman was identified as one of three in a drug network that authorities had sought to arrest since January. Police said she had fled before they arrived.

Police seized the house, the land, a car and the six cats on suspicion of being assets used to launder money. As living assets, the cats would be entered into a public auction while the case was ongoing, police said.

“The (cat) owner assisted in the drug trafficking operation. We have an arrest warrant for her,” Pornchai Charoenwong, deputy commissioner of Narcotics Suppression Bureau, told Reuters.

“The six foreign-breed cats are valued up to tens of thousands of baht (thousands of dollars), which is considered money laundering.” Authorities to suspend the auction plan

Pornchai added that if the woman presents proof that she was not involved in the drug network, the cats and other assets would be returned to her, or she would be reimbursed the auction money.

The case has stirred debate on social media in Thailand whether confiscated pets should be put up for auctions.

Animal welfare groups also urged authorities to suspend the auction plan and for the cats to be handed over to them so they can find them loving homes.

“Pet shops will be queuing up to buy them, but they shouldn’t have to be commercialized again. They’re pets. They’re living things,” Roger Lohanan, secretary-general of the Thai Animal Guardians Association, told Asia One.

“We should prioritize animal welfare before lining state pockets.”