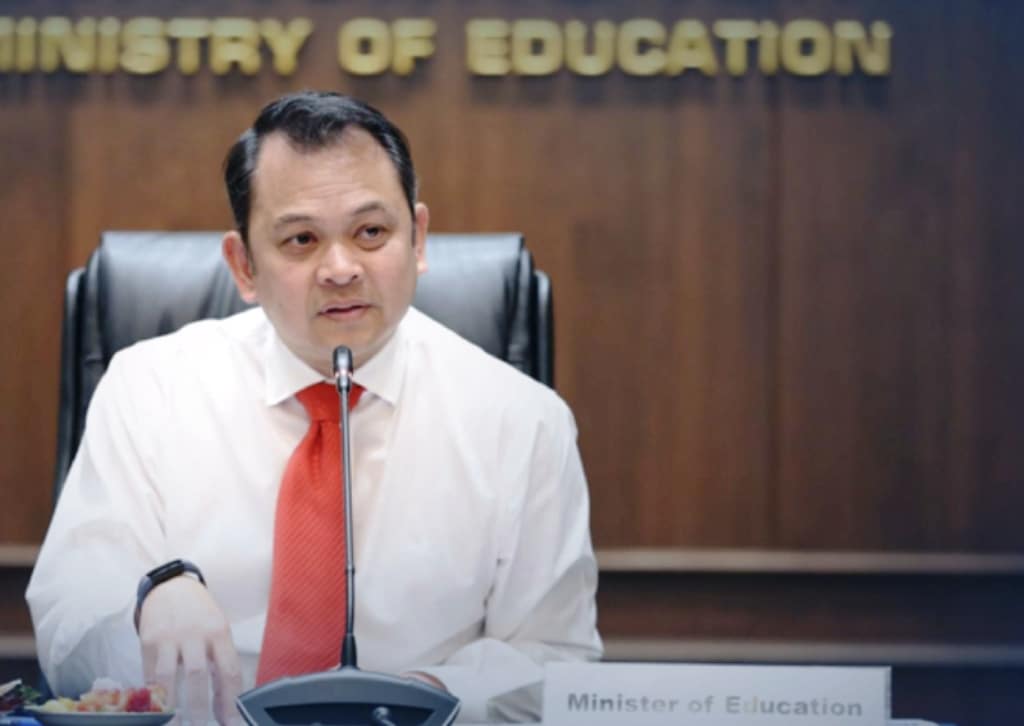 Speaking on the Inside ThailandTV programme on Wednesday, the minister said the website operator might be violating the rights of others. He vowed to seek the prosecution of the operator and even shut the site.

In parliament, Mr Nataphol said the ministry will reach conclusions on rules for student haircuts and school uniforms before the end of this month.

A committee formed by the ministry had invited the Bad Students group to give their views on the issues, the minister told parliament. However, the committee denied the group’s request to live broadcast the meeting on social media, so the group refused to attend.

The committee has ruled that students can wear their hair long but must tie it. As for the issue of school uniforms, schools can decide for themselves whether to allow their students to wear casual clothes to school once a week, a month or a term, the committee recommended.

The minister said 638 students out of 2.5 million nationwide wore casual attire to school on the first day of term this week. However, society was not ready for school uniforms to be ditched altogether, he added.

Regarding the problem of sexual harassment in schools, Mr Nataphol said the ministry had taken legal action and revoked the licenses of 16 teachers.

The ministry tried to oppose bail for the accused but the law prevented it, he said.

Secretary-general of Thailand’s Education Council, Amnat Wichayanuwat, who chairs a committee on school regulations, said the committee discussed issues raised by students recently, including the ministerial regulation on student punishment.

On Monday the Bad Student group converged on the Education Ministry to protest the dress code and a ban on casual dress. Around 4pm, students from various high schools in Bangkok began gathering at the area in front of the ministry to symbolically “return uniforms” in a demand for freedom of dress in Thailand’ schools.

A student activist addressing the rally called for students to be allowed to wear whatever they want to school, and above all not the complete scrapping of uniforms.

The gathering was lawful as the group had sought permission from the Metropolitan Police Bureau.