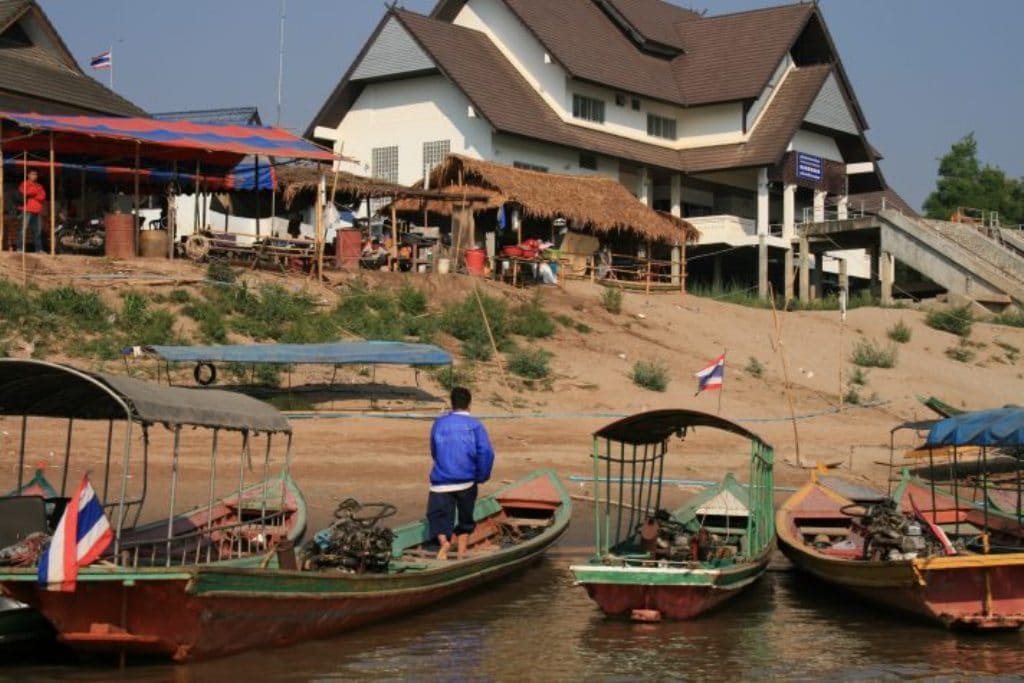 The project aims to promote Thai and Asean exports through the R3A Highway, which is a significant logistics corridor for shipping produce and goods to and from Chiang Khong onward to both Kunming and Bangkok, as well as to boost trade to northern China and Europe in the future.

The government has approved a project to build an intermodal transport facility in Chiang Khong near the 4th Thai-Lao Friendship Bridge which will serve as a gateway for cross-border trade along the North-South Economic Corridor, which links Thailand, Laos and key industrial zones in southern China.

The planned facility will support cross-border trade on the R3A route and link road and rail transport networks. The first phase of the project is expected to be completed early next year, Ms Rachada told the Bangkok Post.

Meanwhile, across the border Myanmar has imposed a ban on imports of five Thai drinking products shipped by land from Thailand. Myanmar said it will allow imports of these products by sea.

Starting this week, the ban applies to soft drinks, fruit juices, ready-to-drink coffee, condensed sweetened milk and fresh milk sent through land borders. These products can be exported via sea to Myanmar, which means higher export costs for Thai businesses.

A letter concerning the ban, which was sent by Myanmar’s Trade Department to Thai customs office, opposite Tak’s Mae Sot district. It was received by Thai Custom’s House authorities via the local coordination committee.

The move comes after a substantial increase in drink exports to Myanmar earlier this year.

Between January and February, the value of exports of drinks to Myanmar increased by 10% to 2 billion baht, according to the Commerce Ministry.

Thai drink exports are valued at 10 billion baht a year and the products are usually sent to Myanmar via land through three border checkpoints in Chiang Rai’s Mae Sai district, Tak’s Mae Sot district and Ranong.

The reason for the ban is not clearly known but the decision is believed to be related to the political mayhem in the neighbouring country.

Last week when reports about the ban emerged, Commerce Minister Jurin Laksanawisit said he planned to hold talks with Myanmar over the matter to avert possible damage to local businesses.

The news prompted Thai businesses to quickly import many products to Myawadee in recent days, causing congestion at the Thai-Myanmar border checkpoint.