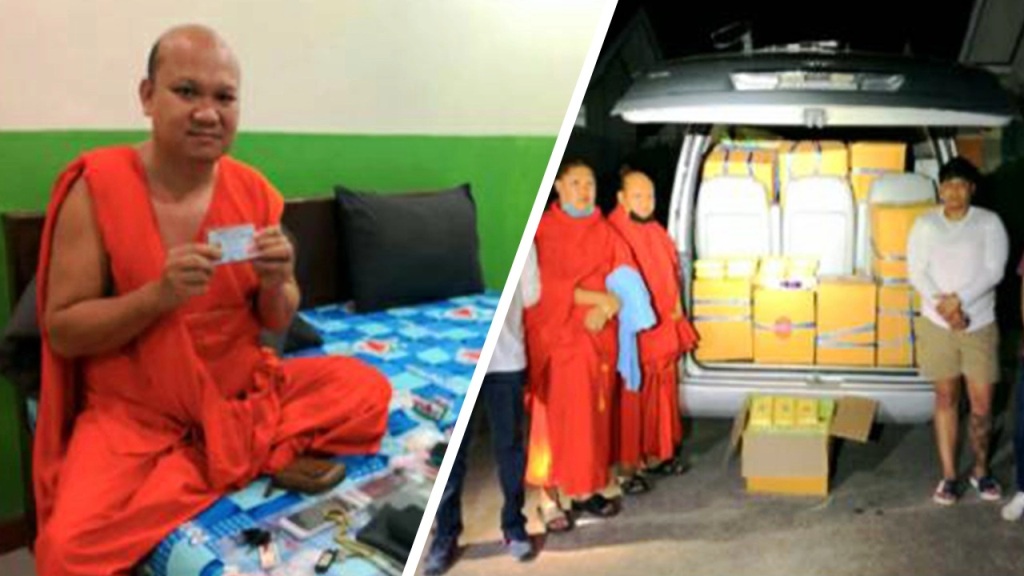 A senior monk from northern Thailand’s Chiang Rai Province was arrested by police with 4.8 million meth pills at a resort in Chai-Nat province. The senior monk said he needed money to enroll in a Master’s degree program.

The senior monk had delivered the meth three times, each with a payment of 300,000 baht. The police also found 11 mobile phones and a gun with 14 bullets in the monk’s possession, Thai media reported.

Meanwhile, Authorities have seized a parcel containing millions of Indian rupees worth found in the luggage compartment of a bus to Chiang Rai province from Mae Sot on Wednesday.

The money was discovered during a search of a “green bus” by customs officials, Mae Sot police and soldiers from the 4th Infantry Regiment. The bus was about to depart from Mae Sot district in Tak, for Mae Sai district in Chiang Rai. 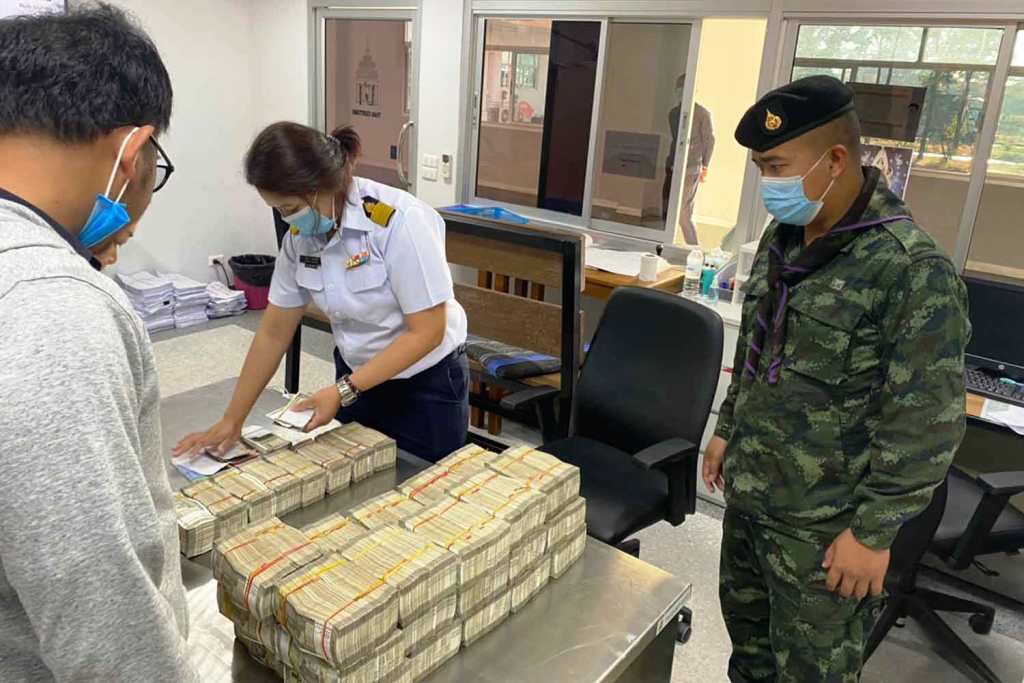 In addition to passengers’ luggage, there were many boxes for delivery. One box was picked at random for a check, police said. When opened, it was found to contain bundles of Indian rupees banknotes, in total US$ 216,000.00 (about 6.12 million baht).

The name of the sender on the box was Mr Min Min Aye and the recipient was Mrs Gwan. The money was seized for an investigation, since the method of transfer violated Section 167 of the Customs Act.

The driver of the bus said the box was accepted for delivery by employees of the bus operator. They recorded only the name and telephone number of the sender. Employees did not ask for a copy of the sender’s citizenship card or other identification.

The northern branch of the Office of Narcotics Control Board was contacted to investigate whether the money was linked to illegal cross-border trade or some other dark activity in the Golden Triangle.