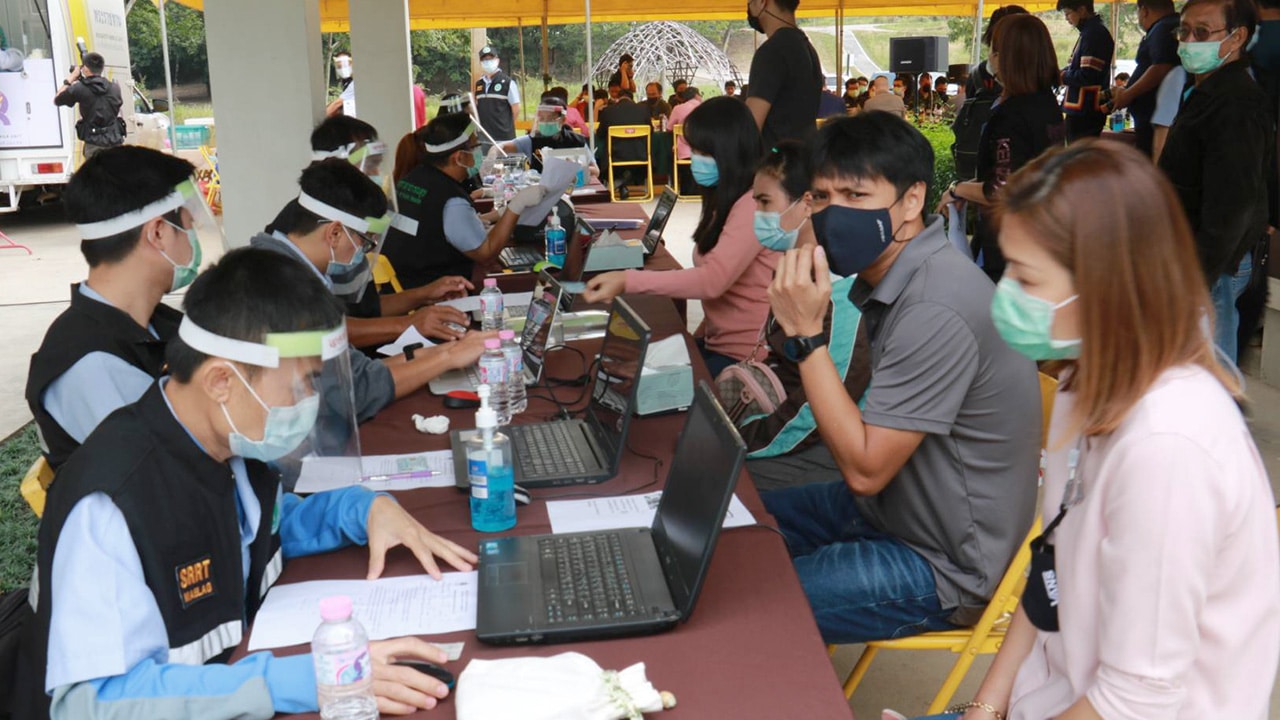 The Governor of Chiang Rai has reported eight new coronavirus cases have been recorded all coming from Myanmar’s Tachilek town opposite Mae Sai district. Raising the total number of recent coronavirus cases to 34.

Governor Prachon Pratsakul said of the total, 23 of coronavirus cases worked at the 1G1-7Hotel, two at the Hollywood nightclub, one at another hotel, and seven from another entertainment spot in Tachilek.

Another case also was from Tachilek, and had previously been thought to be a local infection, the governor said.

Dr Tossapol Boonthong, chief of the Chiang Rai public health office, said the 27th case was a 22-year-old woman who illegally crossed back from Tachilek to Chiang Rai on Nov 29. She also went to the Farm Festival that same day.

From Nov 30, she stayed with a boyfriend in Chiang Rai. On Nov 5, she went to a private hospital where she tested positive for Covid-19. She was initially thought to have been infected in Chiang Rai. Because she did not tell health officials she had been in Myanmar.

It was a relief to learn she caught the virus in Tachilek and was not locally infected, Dr Tossapol said.

He said the 28th-34th cases had all worked at an entertainment complex in Tachilek and had returned legally via a border checkpoint.

Dr Tossathep said​ one of the infected women had already recovered and would be discharged from hospital on Wednesday. She would still have to spend 14 days in quarantine before being released.

Meanwhile, Immigration Bureau commissioner Sompong Chingduang reports, that 6,421 people had been arrested on illegal entry charges nationwide since May 1, when the country’s borders were mostly shut to stem the spread of Covid-19.

It has been reported many slipped across the border to avoid the 14-day mandatory quarantine, raising the fear of imported infections which could trigger local transmission of the virus.

The bureau’s announcement followed the disclosure by the immigration office in Chon Buri of the arrest of three Thai men involved in illegally importing and exporting workers through natural border channels in tambon Thep Nimit in Pong Nam Ron district of Chanthaburi.

According to the Bangkok Post, no details were given as to when the men were arrested.

The suspects allegedly admitted to police they had been paid 2,500 baht each to send workers over the border to Cambodia. People wanting to take up employment in Thailand paid them 3,000 baht each to be transported through the border.

Police were expanding their investigation in a bid to catch the mastermind of the gang.The three men were charged with importing workers into Thailand without permission.

Bureau commissioner Sompong Chingduang said labour gangs had operated as a network picking up workers and finding them transportation. This arrangement is for both the people entering the country illegally in search of work and those heading out to Cambodia into Thailand to find work.