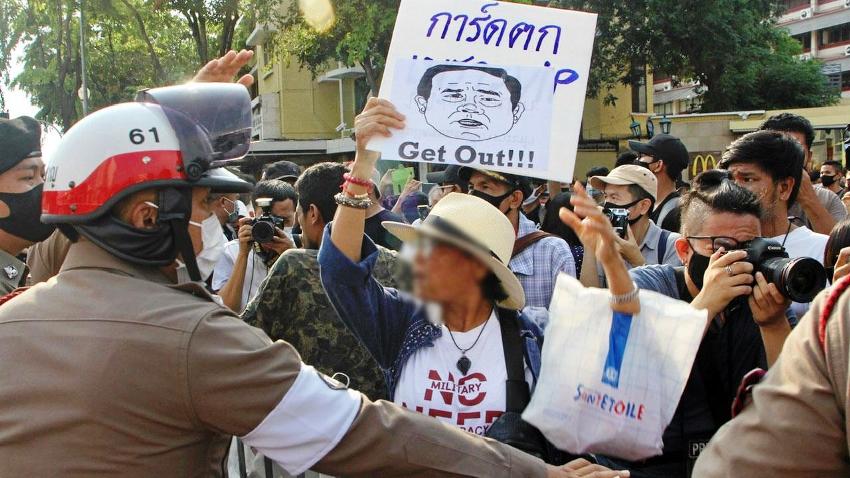 The political gathering on Saturday in Bangkok was the largest street demonstration against Thailand’s government over the past six years, since the 2014 military coup. This points to a momentum for new political forces driven largely by the young generation.

Over a 1,000 youth and pro-democracy alliances joined the protest organised by Free Youth movement and the Student Union of Thailand at Democracy Monument in Bangkok. Many observers were of the view that the turnout was larger than expected.

The large political protest gains significance as it was against the backdrop of the Covid-19 pandemic and threw a challenge to authorities to use their power under the emergency decree.

It was also the first major street protest following several flash mobs organised in universities and secondary schools in February, before the coronavirus started spreading. Students paused their political activities during the pandemic, and the government, due to fears of the infection spreading rapidly, imposed lockdowns, declared a state of emergency and night curfews.

Now that many lockdown restrictions have been relaxed, except the state of emergency, student activism is returning to the political arena with more fervor.

“I have no fear, I signed a death warrant when I left Rayong to join today’s protest,” Mike-Panupong Jatnork, a determined 23-year-old from eastern Rayong province, said in his speech at the protest site on Saturday. 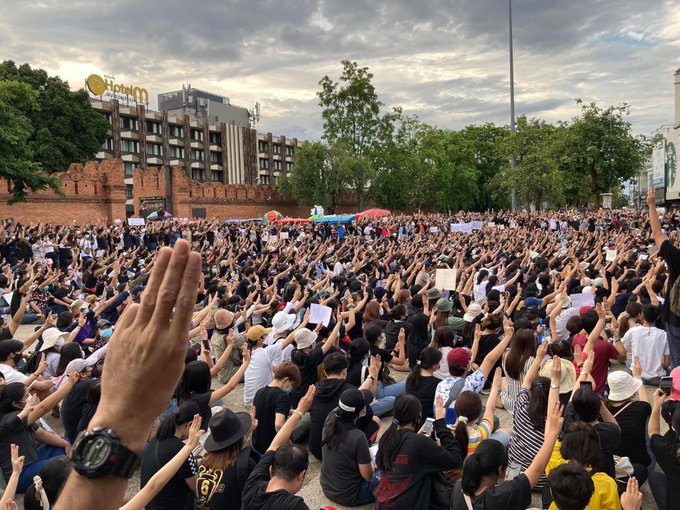 He is among youth groups who protested against Prime Minister Prayut Chan-o-cha when the PM visited the province on July 15, following public outrage over a virus-infected Egyptian solider being allowed by Thai authorities to freely roam the province.

“I told my mother don’t worry about me and she said she supported my cause as it was for the good of the country,” said Mike-Panupong, a pro-democracy leader of the youth network in the eastern region.

There are several key events that led to students’ large street protest on Saturday.

The turning point was when the Constitutional Court disbanded the Future Forward Party in February. Before that, Thailand’s judiciary had already been widely criticised for taking sides with the military since it toppled an elected government in 2014.

“Independent organisations are not independent, as those running such organisations were picked by the previous military government,” Titipol Phakdeewanich, dean of the faculty of political science at Ubon Rathchathani University, told the Nation. Another key public outrage event in June was the suspected forced disappearance of pro-democracy activist Wanchalearm Satsaksit who lived in exile in Cambodia.

Then Tiwagorn Withiton, another activist in northeastern Khon Khaen province, was reportedly forced by authorities against his will to be admitted to Rajanagarindra Psychiatric Hospital on July 9 after he posted on his Facebook page his picture wearing a T-shirt with the words “losing faith in the monarchy”.

Many political observers are worried about the safety of youth protesters and other political activists. “Even university lecturers have been muzzled by the government via annual budget allocation tools,” said Titipol.

The Prayut administration rules the country through “fear and intimidation”, he pointed out.

Prayut himself issued a public threat to a member of the opposition party during an annual budget debate in Parliament. “Beware,” Prayut said threateningly during the annual budget bill debate on July 3, sparking protests in Parliament from the Move Forward Party and on social media platforms among netizens.

“Stop intimidating people” is among three key demands of the protesters, the other two being dissolving Parliament and writing a new Constitution.

The Prayut government is accused of using the state of emergency and other draconian security laws to silence political voices, though Prayut denies the accusations.

Anusorn Tamajai, chairman of Pridi Banomyong Institute, supports the idea of rewriting the Constitution, to make it more democratic.

Titipol does not think there will be any immediate changes in Thai politics, as he believes the current government will stay in power for its full four-year term. “We may see major changes in the next general election,” Titipol added.

“We will do our best to put forward reforms for the country, including fighting to cut the military budget,” said Teerajchai Phunthumas, the Move Forward Party MP.

Critics believe the government is delaying local elections because they fear the rise of Move Forward Party, given that protests against the government have intensified this year.

A large number of first-time voters and pro-democracy groups had voted for the Future Forward Party during a generational election in March last year. Now the party is fighting in Parliament, while its supporters have taken the fight to the streets.

Free Youth has vowed to organise street protests again if the government does not respond to their demands within 14 days. 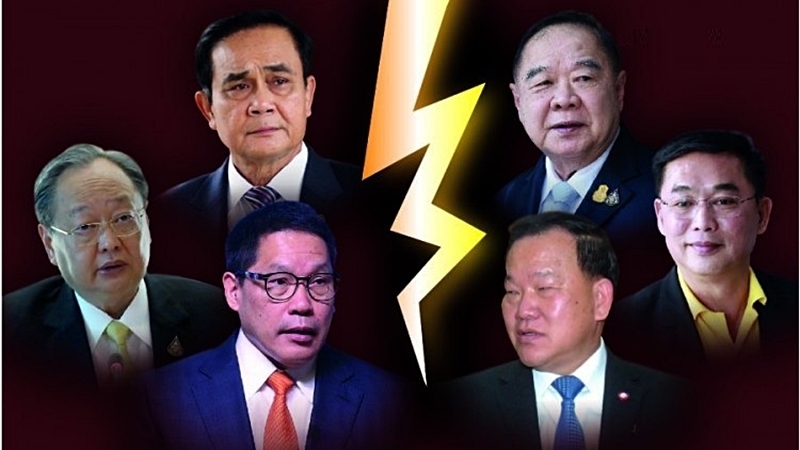 Prayut himself is facing political chaos in the coalition government led by Phalang Pracharat Party, as four key minsters quit the Cabinet and the ruling party recently due to infighting in Phalang Pracharat.

Combined with a sharp economic contraction caused by the Covid-19 fallout, these factors have led to a loss of confidence in the government among the general public, not just the youth.

Thailand is obviously under high political pressure on many fronts, as more and more people are demanding change.

The new generation and pro-democracy alliances demand full participation in decision-making and want transparency in how the country is run.

They have shown that they have completely lost faith and patience in the roles of key institutions and are fighting to create new democratic ones.

By Wichit Chaitrong
The Nation