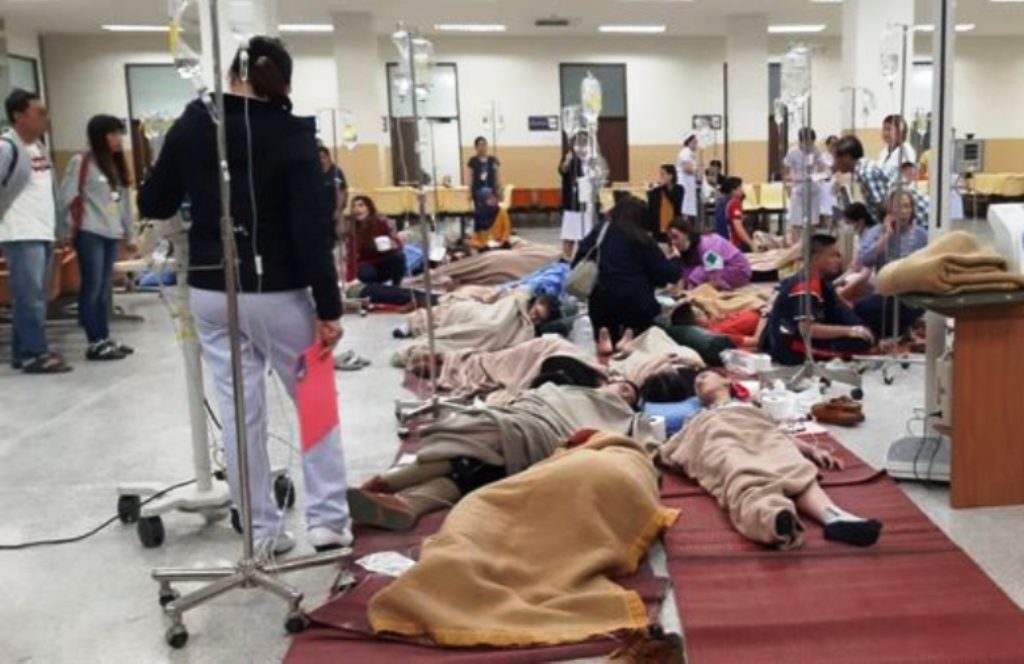 Authorities said that 400 students were having their meals off rice, chicken when many of them started complaining of feeling sick. The students first started showing symptoms of food poisoning after started having diarrhea, vomiting and stomach cramps.

Nearly 130 of the students aged 13-14 ended up being hospitalized. Eighty were taken to San Sai Hospital with a further fifty taken to other Chiang Mai metro area hospitals.

While a team of 30 doctors and nurses were dispatched to Ban Chumchit Camp in Sansai, Chiang Mai. There they treated the other students who did not require hospitalization.

Meanwhile, Chiang Mai’s governor expressed concern about the incident and requested the officials to follow up on the situation closely.

All but four of the school children had been released from hospital after receiving treatment later that night.

Details of the food poisoning remain unclear other than a boiled chicken dish with dipping sauce was served to the kids for lunch.