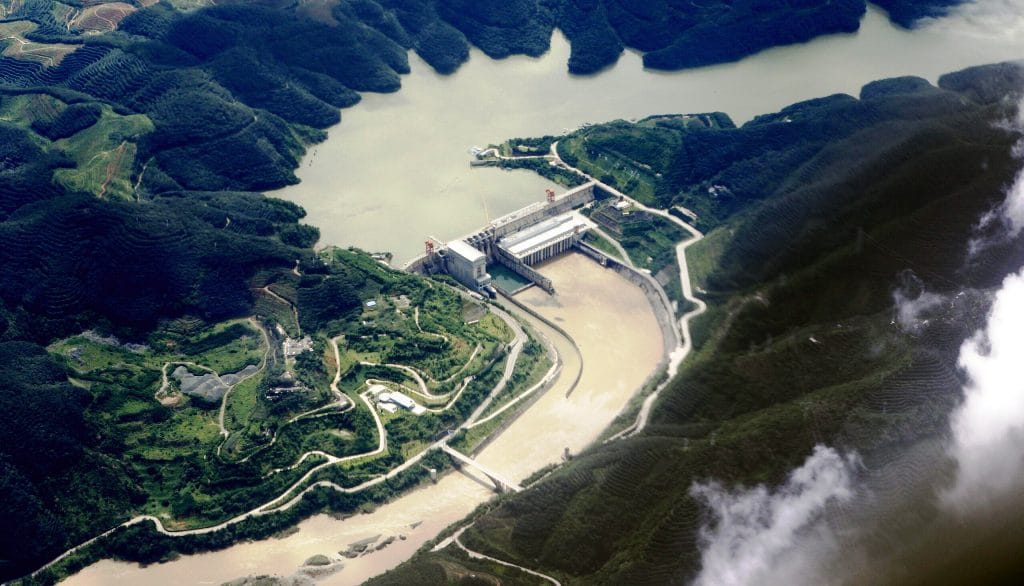 The Mekong River Commission has reported that despite China’s pledge to not restrict water flows from its Jinghong hydropower dam on the Mekong River until the end of this month, water levels in the lower Mekong  countries have decreased over the past week.

Mekong River Commission which counts Thailand, Laos, Cambodia and Vietnam as members said the process of restricting water flows from the Jinghong dam, which lies on the upper part of the river in Yunnan province, appeared to have started last Thursday.

“As this is the rainy season, the amount of rainfall we receive over a given period is important to the Mekong River levels,” said the MRC secretariat, said on Tuesday.

“A sudden increase or decrease in river level, whether due to dam releases or flash floods, poses a great deal of challenges not only to accurate forecasting of river levels, but also to life in the river and riverine communities.”

From July 30 to August 3, water levels from the stretches of the river between Chiang Saen in Thailand and Vientiane in Laos decreased between 0.8 and 2.05 metres, the MRC said, while from Nakhon Phanom in Thailand to Stung Treng, Kratie and Kampong Cham in Cambodia, the decline was about 0.6 metres.

Over the past week, the river’s flow below the Jinghong Dam fell from 1,507 to 997 cubic metres per second, while in terms of overall water level, the decline was about 0.8 metres, from 536.32 metres on July 28 to 535.52 metres on August 3, added the MRC, which focuses on sustainable development of the river’s resources.

Pianporn Deetes, International Rivers’ regional campaigns and communications director for Southeast Asia, said water levels in Chiang Khong, in the northern Thai province of Chiang Rai, had fallen sharply over the past week.

“Normally, this time of year the river should be around six to seven metres, but currently it is only around three metres,” Deetes said.

China’s Ministry of Water Resources last Friday said the plan to hold back water from the Jinghong dam would be postponed to the end of this month.

The ministry said the postponement was due to technical preparations, but did not elaborate, nor did it give a new date on when the water would be held back.

This development comes about six months after activists called for more timely warnings from China if it wanted to hold back or release water from the hydropower dams situated along the upper Mekong, which is known as the Lancang. China has 11 dams along the upper reaches of the 4,909km waterway, which about 60 million people in downstream countries depend on.

The Mekong River flows through six countries – China, Myanmar, Thailand, Laos, Cambodia and Vietnam – and Beijing in 2016 established the Lancang Mekong Cooperation (LMC) group, which is seen as a rival to the older MRC that was originally set up with US funding.

Brian Eyler, project co-lead of the Mekong Dam Monitor, a Washington-sponsored programme, said the decline in the water level would affect communities along the river closest to China, such as Houayxay in Laos and Chiang Saen.

“China is restricting significant amounts of water, regardless of what they’ve promised to the downstream,” Eyler said.

Pointing out that construction projects are scheduled months in advance, Eyler said the original Chinese notification could have come much earlier to give downstream countries time to prepare or even request a delay.

“The restriction from the Jinghong dam is coming once again at a time when water is needed downstream to drive the natural flood pulse of the river on which millions of people rely,” he said.

Pointing out that this was the first time China had provided a notification of flow restriction during the wet season, Eyler said with online data portals such as the Mekong Dam Monitor or the Beijing-backed Lancang-Mekong Water Resources Cooperation Information Sharing Platform, “a flow restriction would have been identified right away”.

“So China’s notification pre-empts any normal criticism about lack of communication, [but] three days is not enough time for downstream countries to prepare for such a restriction in flow,” he said.

Rise or fall in water levels on Mekong River

The Mekong Dam Monitor tracks water levels in dams to help communities prepare in advance of flooding events or water supply disruption caused by upstream dam operations, while the sharing platform collects and manages data and information related to the river. Both were launched in December last year.

According to the data-sharing agreement between the MRC and China, Beijing has pledged to notify the MRC and its member countries of any unusual rise or fall in water levels, and provide relevant information on factors that might lead to sudden flooding.

“There are regular formal and informal communications between the MRC secretariat, member countries and Chinese colleagues,” the MRC said.

“A lot has improved but much needs to be done,” it said, adding that the best approach was to have a more uniform year-round flow pattern for hydropower operations or a year-round scheduled release or reduction in flow.

Deetes from International Rivers said the ongoing discussions on the need for China to notify downstream countries of water releases from upstream dams was important but insufficient in addressing the crisis faced by the Mekong and its inhabitants.

What was needed, she said, was genuine co-management and cooperation, drawing on local voices and knowledge, and changes to the ways the dams were operated.

“Greater attention and priority must be given to the needs of downstream communities and ecosystems,” Deetes said. The Lancang-Mekong Cooperation China Secretariat did not respond to queries from SCMP.

In a January article in the Journal of Boundary and Ocean Studies on the use of water resources in the Mekong Delta, Lu Xing, an associate international relations professor at Yunnan University and Wang Wanying from the School of Earth Sciences at the same institution said some regional countries were “externalising the problems of the Mekong Delta”.

Citing Vietnam, the Chinese authors said Hanoi had blamed climate change and the construction of dams in the upper reaches of the river for the problems faced by the Mekong Delta.

Lu and Wang noted that sinking, shrinking and rising sea levels due to climate change were challenges faced by regional countries.

“We need to reassess coastlines and coastal erosion and find solutions,” the authors said, adding that countries had to cooperate extensively in the utilisation of water resources as well as water saving and recycling technologies in order to tackle the problem of water scarcity.