Thailand's Economic Outlook Worst in Asia Thanks to Covid-19
Advertisement 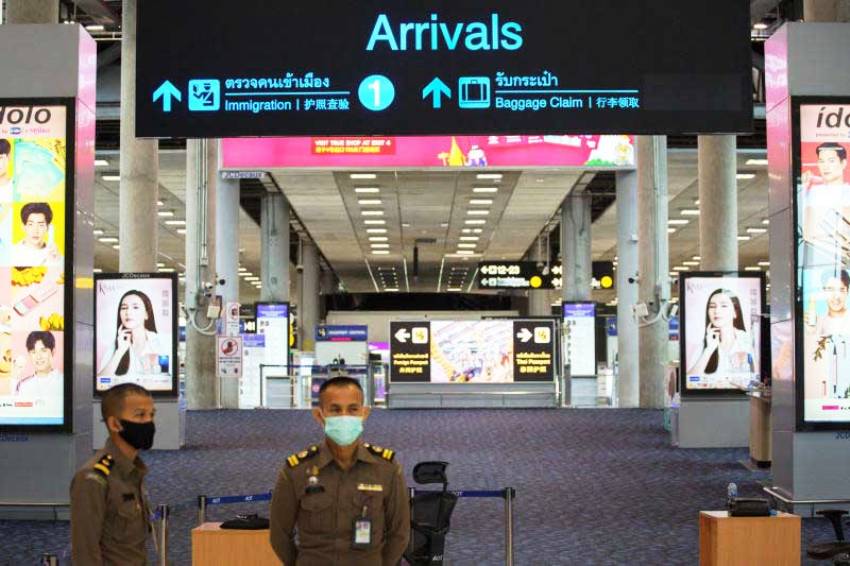 Thailand has been cited as a success story in containing the Covid-19 coronavirus pandemic, having gone more than 40 days without any local case. Yet its economic outlook is the probably darkest in Asia.

Gross domestic product is forecast to contract 8.1% this year, according to the Bank of Thailand. That’s worse than official forecasts for any of the main economies across Asia, and would be Thailand’s biggest GDP decline ever, surpassing even its plunge during the Asian financial crisis two decades ago.

The government is banking on increased domestic travel to save the tourism sector, with the coronavirus pandemic still keeping foreigners home.

“Thailand has large exposure as a tourism hub, close to 15% of GDP, and it also has large exposure of the export-oriented sector,” said Kiatipong Ariyapruchya, senior economist for Thailand at the World Bank. “Hence the large shock to GDP.”

Analysts surveyed by Bloomberg predict Thailand’s economy will contract more than others in Southeast Asia, at 6%, and with a weaker rebound in 2021 of 4%.

The state of emergency, nighttime curfew and business closings imposed across the country to fight the virus have crushed private consumption and investment, which were already on a modest downtrend last year. Purchases are expected to pick up as the lockdown restrictions are lifted and as government stimulus measures filter through to the economy, but investors could be slow to return given the gloomy prospects.

Thailand recorded no foreign tourist arrivals or receipts for a second straight month in May as the pandemic forced border closings. Annual tourist arrivals are forecast to drop to 8 million, just one-fifth of last year’s total.

Despite plans for travel bubbles with select countries, authorities are proceeding to open the country slowly and carefully. Efforts to kindle domestic tourism won’t offset the tremendous losses to this critical industry, which last year made up about one-fifth of Thailand’s economy.

At first glance, Thai exports appear to have held up relatively well this year, contracting for only two of the first five months of 2020.

As it turns out, distortions in one commodity have helped cushion the overall blow. Rising gold prices during the outbreak have led local investors to sell gold, boosting total exports. Excluding gold, total shipments have been hit hard by weak global demand and supply-chain disruptions.

The baht has gained almost 6% against the US dollar in the past three months, the second-best performer in Asia tracked by Bloomberg. Despite the BoT’s three interest-rate cuts this year, which have brought the benchmark rate to a record low of 0.5%, the country’s success in containing the pandemic has kept the currency strong.

The central bank has showed concern about the baht’s strength, which hampers exports and will complicate the economic recovery. Officials have warned they’re considering additional steps to tame the baht if needed.