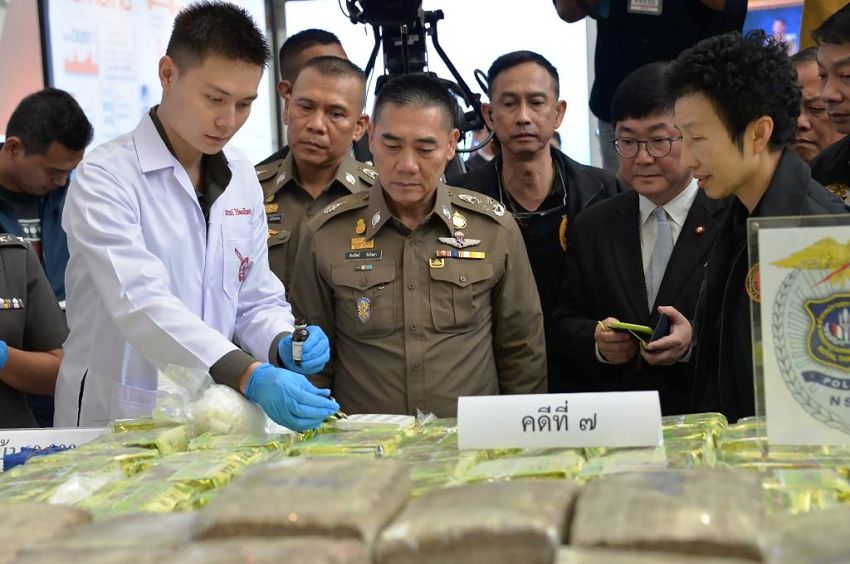 Thailand’s Anti-drug Tsar has told a press briefing that crystal meth has once again begun to flooding into Thailand despite Myanmar resent crack down. Covid-19 cause smuggling delays in narcotics production but they have since revamped. During the Covid-19 lockdown easing from May–July, the Thai authorities made eight arrests. Relating to the smuggling of over 100kg of crystal meth, accounting for 4.3 tons so far this year.

On July 11, police in Surat Thani arrested three men for smuggling over one ton of crystal meth hidden in cow dung. The smugglers said they had brought the crystal meth from storage in Samut Sakhon. They were going to drop it in Satun province in Southern Thailand. The haul was expected to fetch Bt3.6 billion if sold abroad.

Over the past two weeks alone, officers made two consecutive arrests for drug trafficking. On is Surat Thani and the other in Narathiwat. The seized amounts of crystal meth weighed 2.44 tons in total.