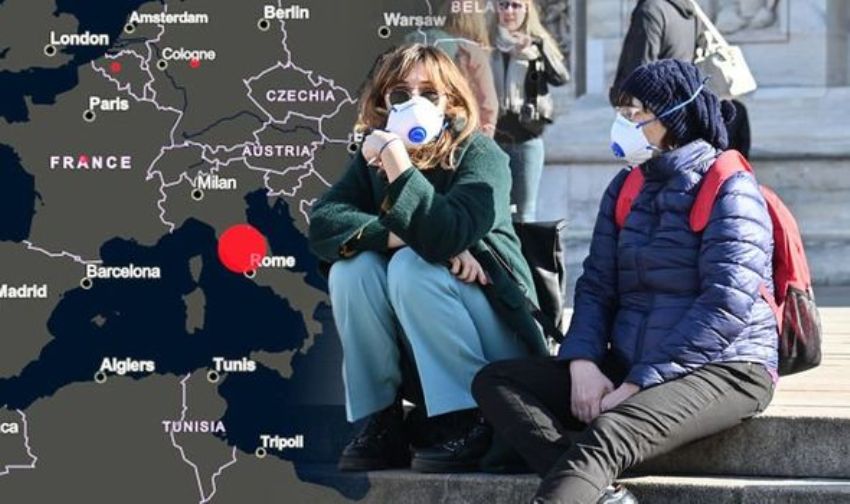 A coronavirus outbreak in Italy, the worst outside Asia, appears to be spreading. New cases — most linked to the Italian epicenter, Lombardy — were reported on Tuesday in Spain, Austria, Croatia, Switzerland and France.

The authorities in Algeria reported their country’s first confirmed case, an Italian, though it was not immediately clear if the person had been in Italy recently.

Italy reported a total of 322 infections through Tuesday, up from 229 a day earlier, with reports of new cases in Tuscany and Sicily. The death roll rose to 10, from seven.

A 36-year-old Italian woman living in Barcelona tested positive after returning from a trip to Lombardy, according to Spanish authorities. They are also dealing, on the island of Tenerife, with a couple from Lombardy who are both infected.

France announced two new cases, one a young Chinese woman who arrived in early February and the other a Frenchman returning from a trip to Lombardy.

The reports added to fears that the virus could spread rapidly across the Continent, where the Schengen zone allows largely free movement among 26 countries.

“As of now, we wish to be extremely clear on the fact that there is no reason to close the borders between our countries, which would be disproportionate and inefficient,” he told reporters in Rome.

Italy has installed checkpoints and deployed its army to the “red area” in Lombardy, Michele Capone, a carabinieri official, told the Italian news agency ANSA. With public gatherings restricted, the soccer team Internazionale of Milan will play its home game on Thursday, against Ludogorets of Bulgaria, without fans in the stadium.

In southern Italy, the region of Basilicata has said it will quarantine arriving northerners, while the regions of Puglia and Calabria have asked travelers from affected areas to inform the local authorities.

Prime Minister Giuseppe Conte said on Monday that such restrictions were “not justified.”

The government of Croatia took pains to emphasize its preparedness and project calm. But the virus’s emergence in the Balkans could test poorly funded health systems, which are hemorrhaging medical professionals bound for western Europe.

Budapest Airport announced that it procured a thermal camera last week and would rent another to screen travelers for fevers, while experts warned that Hungary was ill-equipped for an outbreak.

Ferenc Falus, a former chief medical officer of the country, said, “we are in deep trouble if the virus comes to Hungary.”