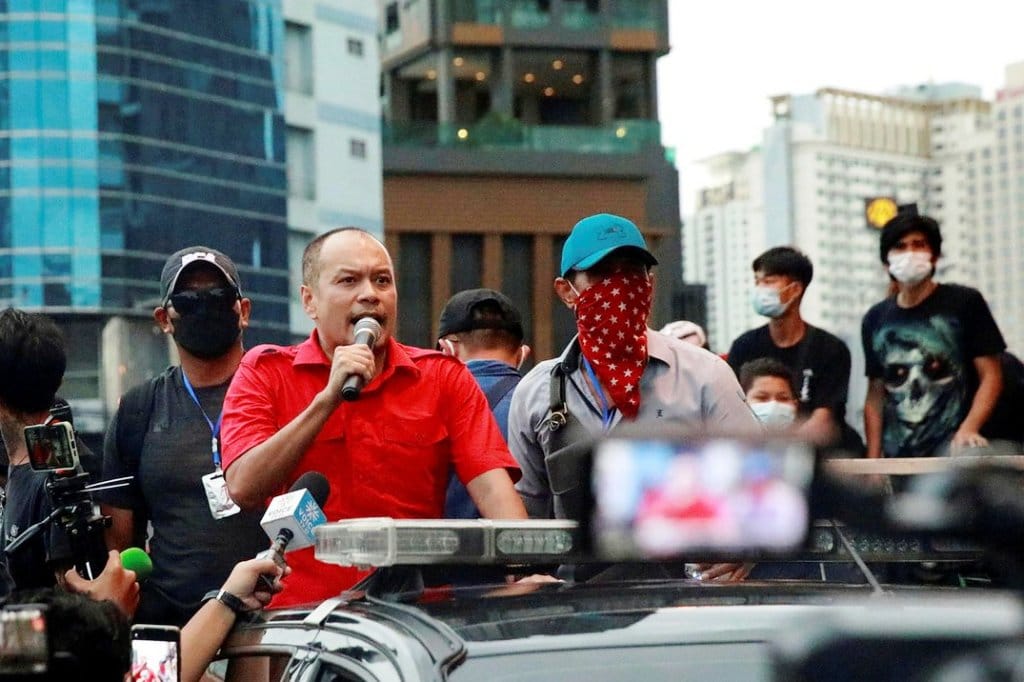 Nattawut Saikuar, a former deputy commerce minister and Red Shirt leader announced  he will lead a car rally on Aug 29 to keep up the pressure on Thailand’s Prime Minister Prayut Chan-o-cha to step down.

The red shirt leader joined the protests over the government’s poor handling of the Covid-19 has caused public frustration to grow. He also believes Gen Prayut has lost the Covid-19 fight and there should be a change in leadership.

Mr Nattawut Saikuar announced the new date of the car mob rally on his Facebook on Thursday.

The first convoy on Sunday organised by him drew thousands of vehicles in Bangkok and other provinces but the peaceful car rally was marred later in the evening by a clash between young demonstrators and police at Din Daeng intersection.

Mr Nuttawut avoided politically sensitive places including Government House and the residence of the prime minister in the rally last Sunday. He has been ordered to meet police at Lumpini station to be informed of a charge of organising an activity that could put people at risk of being infected with Covid-19.

Daily rallies have been held in Bangkok demanding that Gen Prayut step down for mismanaging the Covid-19 situation.

The Tha Lu Fah group held a rally at Thailand’s Democracy Monument in Bangkok on Thursday for three hours to 7pm to avoid confrontation with approaching riot police.

Meanwhile, a 15-year-old boy seriously wounded by a bullet when protesters clashed with police in Din Daeng area on Monday was still in critical condition and remained unconscious, Rajavithi Hospital said on Thursday.

The hospital said in a statement the teenager, whose name was withheld because of his age, was in a coma and on ventilator support since he was admitted for treatment on Monday night.

The hospital said planned surgery to remove a bullet in the upper part of his spine would not be performed until his condition improved.

“Doctors have agreed the patient is still in critical condition and needs close monitoring,” the hospital said in its second statement since after the boy was admitted.

The boy was the first protester shot when demonstrators confronted police in Din Daeng on Monday night. Early reports said he was 20 years old.

Police on Tuesday denied firing live ammunition at them and said on Wednesday they were searching for those responsible.