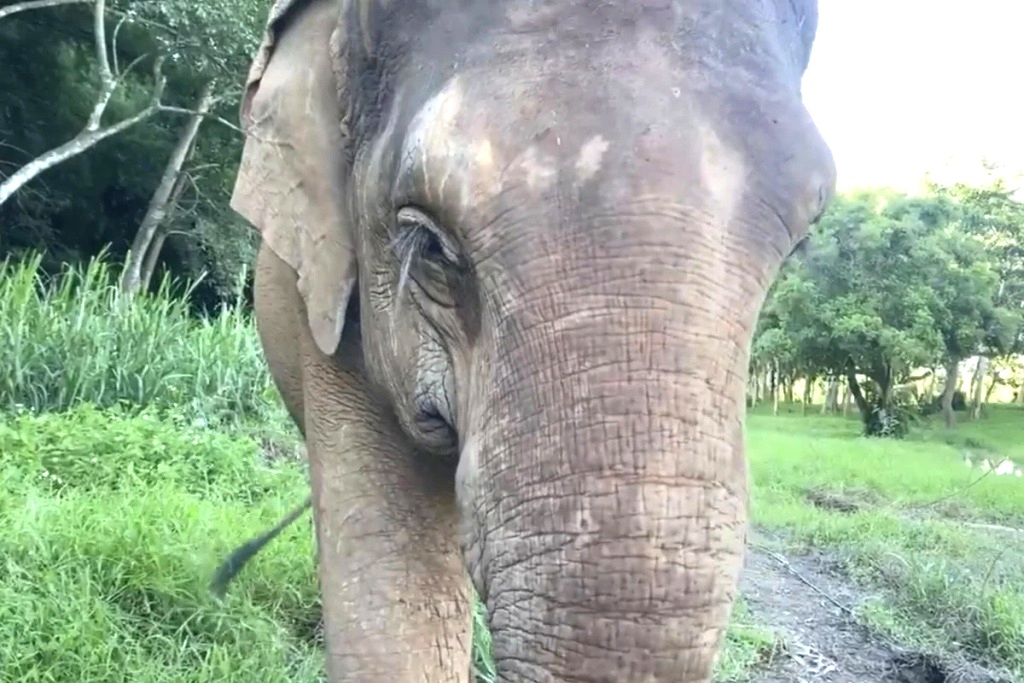 An elephant can now be part of your Zoom video call thanks to a programme in northern Thailand aimed at raising money for the animals after a huge shortfall in income from visitors as as result of Covid-19 travel restrictions. Photo: Facebook

The Elephant in the Zoom, they’re calling it – a programme designed to inject a bit of fun into online meetings by having a three-tonne animal join in.

Rates start at US$75 to bring elephants in on a Zoom video call for 10 minutes; for US$145, callers also get a three-minute Q&A session with elephant experts

A gimmick it may be – although seeing a grey trunk and flapping ears in one of your Zoom boxes is no doubt preferable to having a colleague stumble into the meeting naked, unaware their computer’s video camera is on – but the aim is to raise much needed funds for the care of elephants in Thailand, to help cover a huge shortfall brought about by Covid-19 travel restrictions.

The stars of the show are the 23 elephants that wander the 200-acre reserve that surrounds the resort in northern Thailand. Once the shock of finding an elephant there has worn off, online meeting attendees may participate virtually in the kind of experiences Anantara guests can normally engage in on the ground. 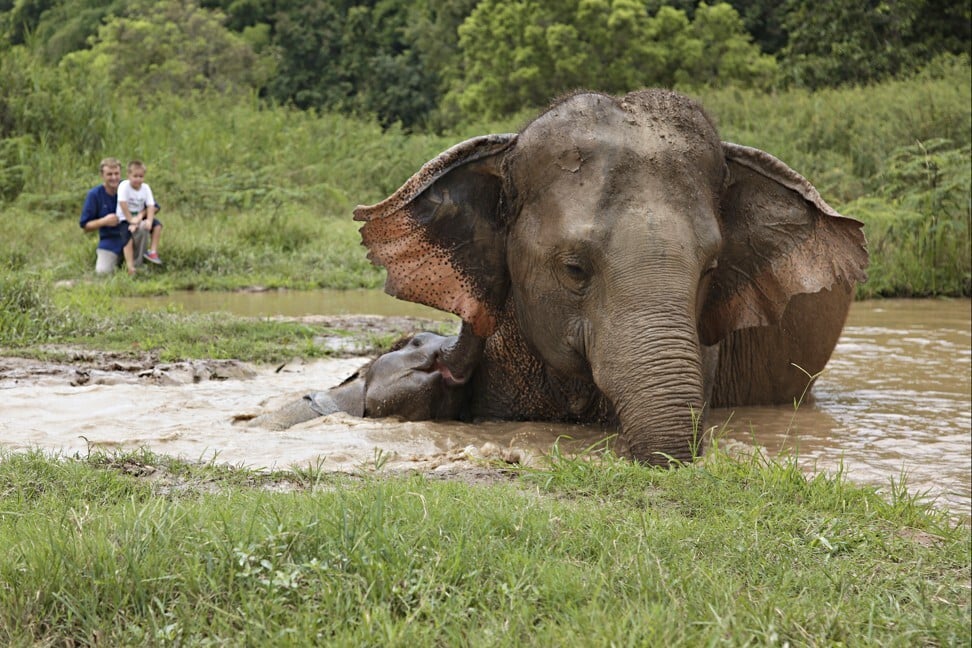 The Walking With Giants experience is popular and entails an amble alongside the elephants as they go about their day. Also available is a question-and-answer session with an expert.

“The initial concept was there being an elephant on the screen in a Zoom meeting and a surprise for everyone [other than the person who booked it] joining the meeting,” says John Roberts, Anantara’s group director of sustainability and conservation.

But the programme is very flexible, he says, before roaring off on an all-terrain vehicle, video camera attached to the handlebars, as he leads me to find Meena, Pleum and Boon Rod. When we catch up with the trio of friends, they are bathing in the Ruak river. On the far bank is Myanmar.

The elephants are probably aware they are receiving fewer human visitors these days, Roberts says. “Thailand is closed, but we’re currently open to local guests, folks that would otherwise be travelling abroad. So, since July 1, we have been getting some guests coming through,” but not nearly enough to pay the bills in full.

The collapse of international tourism due to Covid-19 has had a devastating effect on Thailand’s 3,800 or so captive elephants. The pandemic has reportedly forced at least 85 elephant camps in northern Thailand to close. Some are struggling to survive on savings but many have had to release the elephants they were caring for back into the wild jungle, where the animals can forage for themselves, Roberts says. 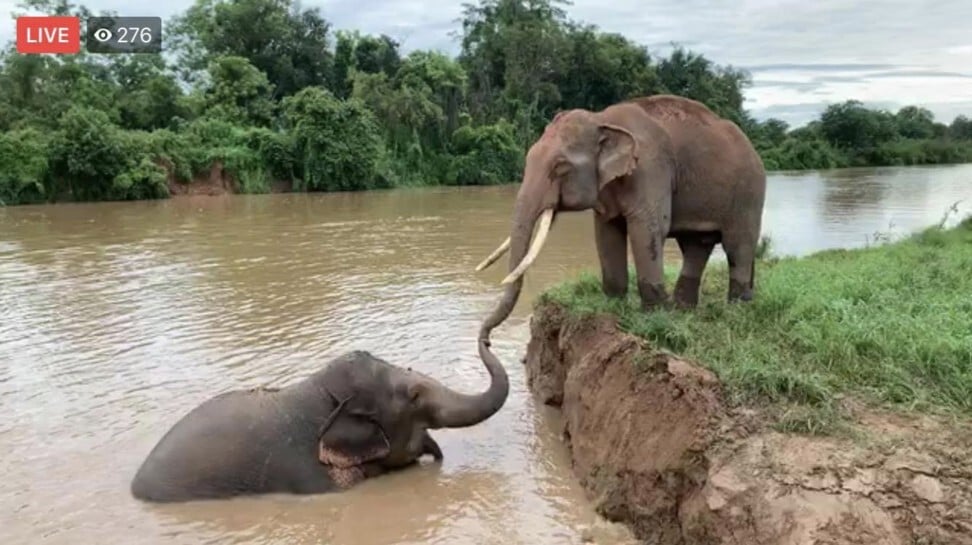 The GTAEF has taken in three abandoned individuals – including Boon Rod, who “had been thrown out of two camps due to increasingly tightened Covid business before she came to us”, Roberts says – and is lending a hand and resources to others who care for elephants, as well as funding 14 vets.

Mahouts – elephant keepers – need around US$20 a day just to feed their elephant, Roberts says, and then they must provide for their own family.

Elephants consume between six and 10 per cent of their body weight daily, and it costs around US$18,000 to look after a single animal for a year. 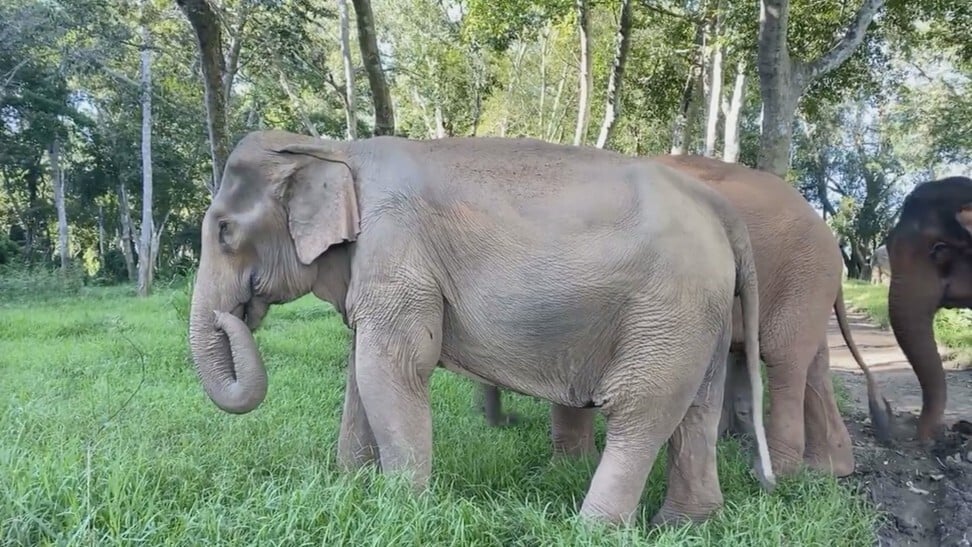 H-ELP is trying to maintain virtually its programmes that teach mahouts how to care humanely for their elephants. All funds raised through video conferencing will be shared by H-ELP and GTAEF.

Rates start at US$75 to bring elephants in on a Zoom video call for 10 minutes; for US$145, callers also get a two-minute introduction and a three-minute Q&A session conducted by one of GTAEF’s elephant experts. The timing and composition of an experience, though, are flexible, Roberts stresses. – SCMP