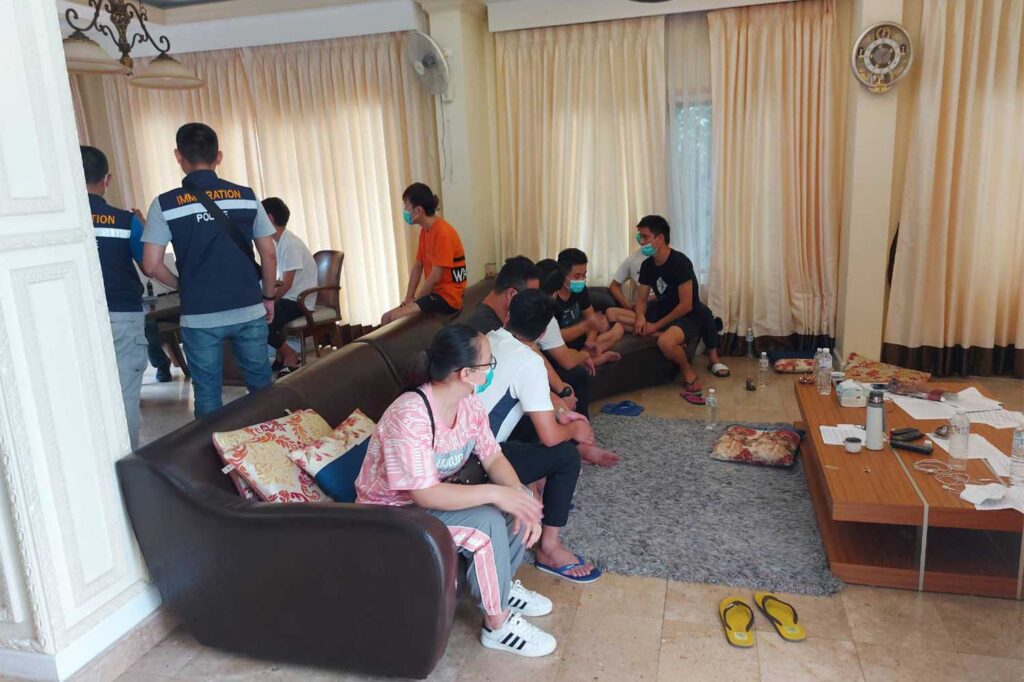 Chiang Mai Immigration police and other officials descended on the two houses at a housing estate following a tip-off from neighbours. Neighbours reported many Chinese nationals had rented the houses were concerned they were involved in illegal activities.

Authorities began the investigation and recieved court approval to search the two houses on Thursday.

They found 19 Chinese nationals, both men and women, had stayed in the houses. Only 10 of them carried passports, said Chiang Mai police told Thai Media.

Chiang Mai Immigration police said all of the Chinese nationals confessed to entered the country illegally. They said they hired brokers who took them through a natural border and then to the houses.  Immigration police have charged them with illegal entry.

The investigation was being extended to find those who the brokers were. They were quarantined at Chiang Mai Central Prison pending Covid-19 lab test results.

Meanwhile, a resent Maejo poll has published its findings that 67.65% of Chiang Mai residents do not agree with opening the province up to foreign tourists. With only 32.35% agreeing to admit foreign tourist.

A large majority of people, 89.27% say that they are concerned over the proposed opening up of the city to tourism. The number one concern being that tourists won’t follow guidelines of the Public Health Department. Such as wearing masks, registering when entering a place of business or entertainment (78.49%).