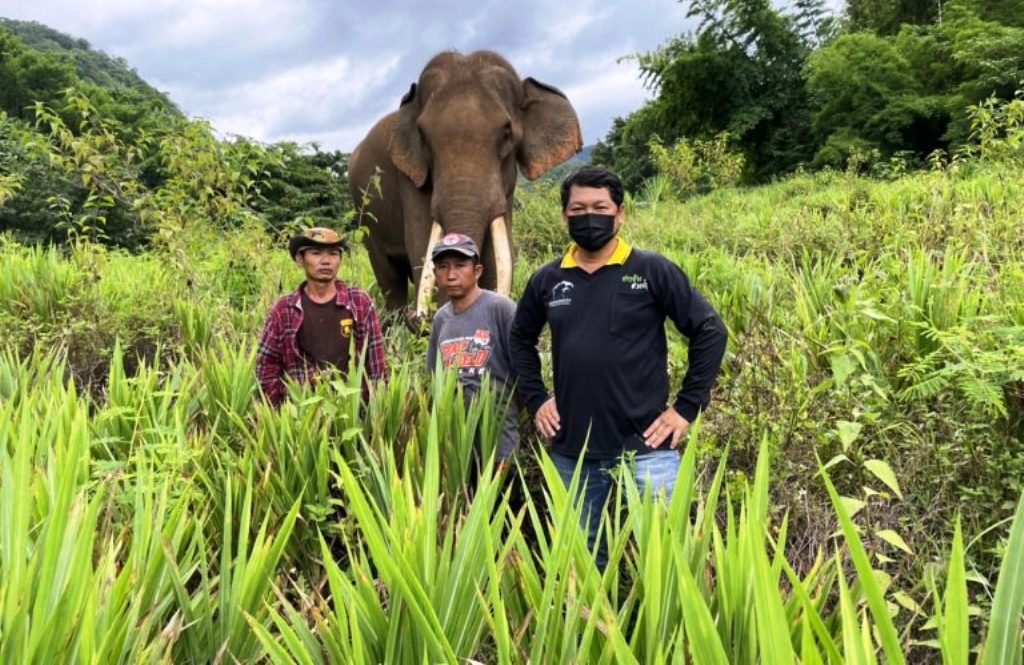 An elephant and his Mahout have helped find a 58 year old man that went missing for 16 days in the forest in northern Thailand. It is a miracle that the man is still alive and has now the rescuers reported.

Search teams had been looking for the man for over a week but he was never found.

Mahouts from the Thai Elephant Alliance Association, police from the Hang Dong Police Station, and related officials mounted a search for Amorn 58 year old in Chiang Mai Province. The man had been missing since 12 July 2021.

Mr Amorn was found by the elephant and his Mahout laying in the forest and could not walk on his own. The Mahout gave the man some water and food before signalling for help.

Hang Dong Police said the village chief received notification on the 13th from villagers about an abandoned motorbikes parked by the forest. At first locals believed it belonged to someone who went looking for mushrooms in the forest.

However by the 16th the motorbike still remained in the same location and had fallen over. The Hang Dong Police were notified and officers were sent to inspect the vehicle.

Police determined the motorbike belonged to a woman named Ms Pattama. She was notified of the motorbike and picked it up on the evening of the same day. Ms Pattama didn’t mention any details while picking her vehicle up.

On the 24th Mr Amorn’s relatives went to file a report at the police station stating he drove a motorbike out of San Sai District on the 12th and has been gone since. Relatives believed he was lost in a forest as he is very forgetful.

The local rescue team and villagers started searching for the man but no signs were found.

On the 27th a blue shirt was found on a tree branch and the nearby  Patara Elephant Farm sent mahouts and their elephants to help search for the man.

Theerappat Trangprakarn the owner of the elephant farm stated that an elephant named Bun Pak pointed out where the man was at. Amorn had not eaten any food for 16 days and had survived on water trapped in different parts of the forest.