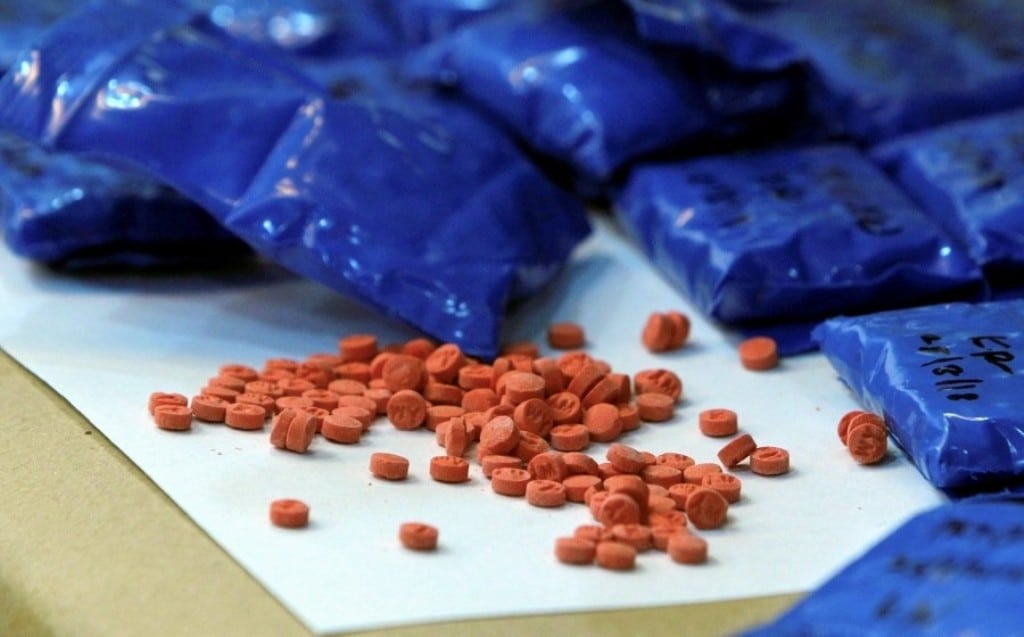 According to the BBP these are not the regular Yaba pills that have been found previously in the country. This is a new type of Yaba formula coated with crystal meth.

Border officials believe that a drug syndicate smuggled the drug into Thailand through the Thai-Laos  border. The new type of Yaba pills was going to be distributed throughout the nation during the Songkran long holiday. The smugglers escaped before police found the drugs.

Investigators  told CTN News that a drug delivery was taking place on the Laos-Thailand border. Officials went to the location and discovered the drugs placed in a duffel bag. Inside the bag there was a total of 40,950 Yaba pills wrapped inside square blue plastic.

According to Border Patrol Police the drug smugglers abandoned the new Yaba pills and escaped capture. The drugs were found by the road on highway 212 in Tha Uthen District, Nakhon Phanom Province.

The Border Control Police have increased surveillance on border areas to ward off drug smugglers along the border.

There has been more than 10 million Yaba pills seized along the border in Nakhon Phanom within the last 2-3 months. The latest new Yaba pills seized were worth an estimate 7 million baht the pills sell for about 150-200 each.

It is unknown whether the new more addictive Yaba pills have reached drug users in Thailand.

What are yaba pills

Yaba has one too many nicknames to keep up with, but this little red tablet, regardless of its name, was outlawed in Thailand in the early 1970s. However, it continues to make appearances every now and then in headlines across the country. Here is everything you need to know about yaba, the madness drug.

Yaba, otherwise known as the madness drug or Nazi speed, is a combination of a number of stimulants. The two main substances that make up the drug are caffeine and methamphetamine, otherwise known as crystal meth. Yaba is a drug in tablet form, and it is most often red in color with the letters WY imprinted on it.

Those users who take it most commonly smoke the drug off tinfoil, though it can be ingested orally or crushed and snorted. It is also laced with a flavoring, most often vanilla, and gives off this aroma when smoked.

The ratio of caffeine to methamphetamine inevitably varies; however, the potent drug makes up approximately 20% of yaba. There is also a crystalline form of this narcotic known as ice, which can almost entirely be made up of methamphetamine.

Though Thailand is one of the largest distributors of yaba, Myanmar is one of the biggest producers of it. The war on drugs has been a long and complicated one for Thailand’s northwestern neighbor. Though it remains popular mainly in Southeast Asia.