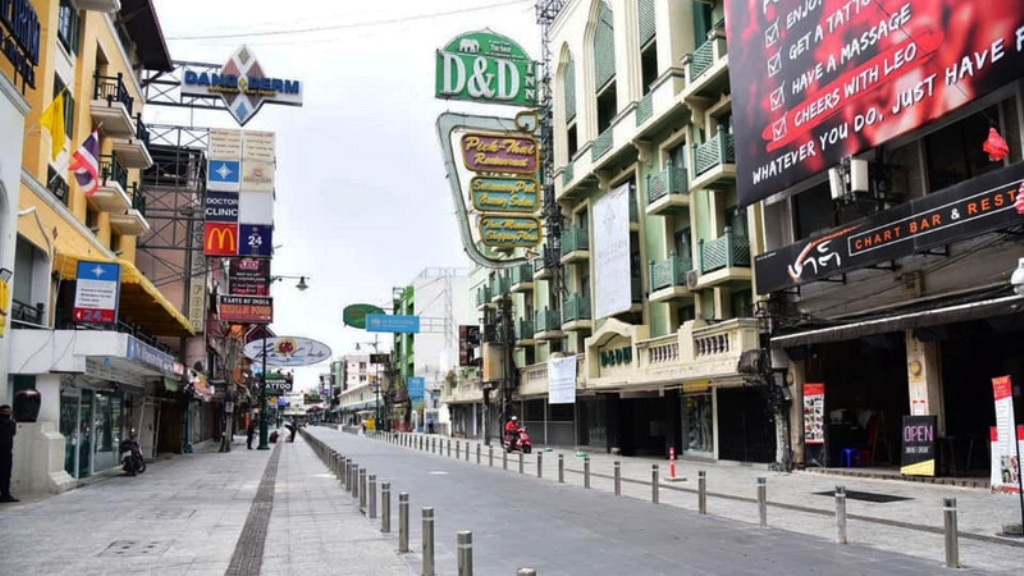 Bangkok’s famous Khao San Road will reopen to trade with more vendors and promotional events lined up to pull in local crowds. Khao San Road, popular with foreign tourists, has experienced one of its biggest slumps since the Covid-19 pandemic forced border closures.

With tourist arrivals down to zero, City Hall has decided it will spur business along the street. Above all by drawing in Thais and expats, according to Mr Sakoltee. Bangkok’s deputy governor chaired a meeting on Wednesday on preparations to reopen street-side trade along the road starting either on Oct 30 or 31.

He said foreign tourists also make up 90% of visitors to Khao San Road. Now that the slump is set to continue, with foreign tourist numbers showing no signs of recovery, local visitors will replace them.

More vendors will be added to heighten Khao San Road’s appeal and cater to the tastes and demands of local people. Promotional events will be held every month to attract visitors to the road.

Bangkok Cleaning for Up for Tourists

Surrounding areas, including Klong Chong Nonsi, one of Bangkok’s flood safety valves, will also be spruced up and developed into a tourist attraction, according to Bangkok governor Aswin Kwanmuang.

The landscape around the canal, which cuts through Bang Rak, Sathon and Yannawa districts, will be improved. It will be turned into a place visitors will want to go, he said. He was at an event to promote the waterway’s re-landscaping on Wednesday.

Pol Gen Aswin said the canal has been clogged with weeds and rubbish and a total of 250 City Hall workers were directed recently to clean it up.

The waterway will be developed in two phases. The clean-up operation is part of immediate efforts to improve Klong Chong Nonsi with trees lining both banks of the canal to be trimmed regularly.

Bangkok’s governor said future work will involve an overhaul of the water drainage and treatment systems connected to the canal.

To beautify the area along Klong Chong Nonsi, the Bangkok Metropolitan Administration (BMA) has designed canal-bank footpaths for both sides of the waterway.

Construction will be financed though donations from private businesses in these areas. If construction can begin according to plan, they are expected to be finished by April next year, Pol Gen Aswin said.