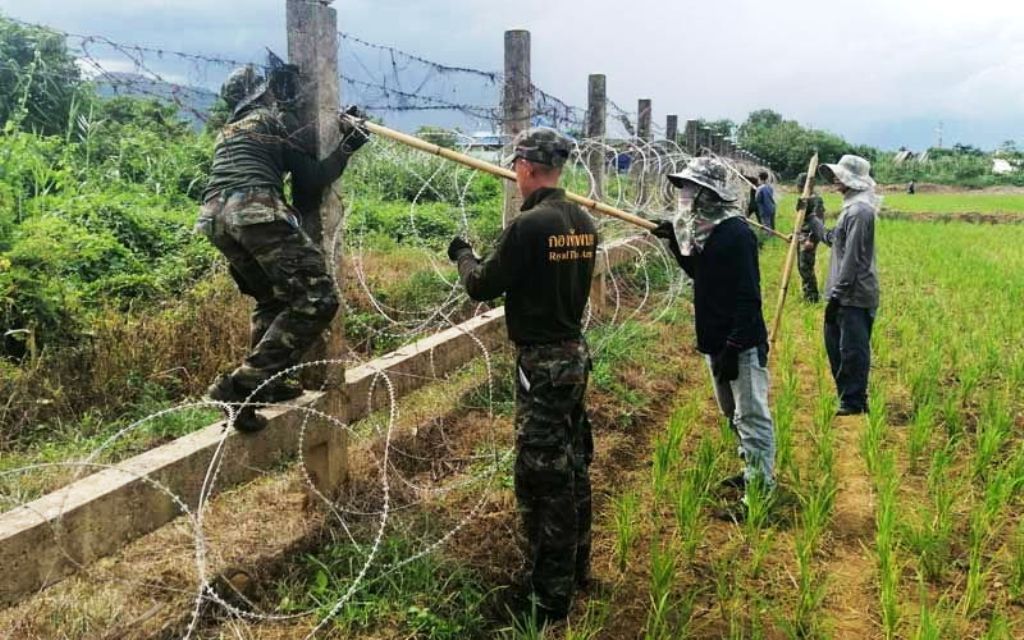 Thailand’s Prime Minister has ordered the governor of Chiang Rai province to seriously block illegal migrants to control covid-19 coronavirus. The prime minister laid the order after illegal returnees who had crossed the Thai-Myanmar border through natural passages had proved to carry Covid-19 to Chiang Rai and other provinces.

Relevant officials including immigration police had to take decisive legal action against illegal migrants and any officials who were involved in illegal immigration would be prosecuted, Government spokesman Anucha Burapachaisri said.

The order was aimed at building up public confidence that the government was seriously containing the disease, he said.

“People should not panic about the matter. Those who want to return to Thailand can contact officials despite their illegal departure. On their return, they should pass screening and quarantine procedures to prevent the second wave of the disease. I would like everyone to cooperate.

Anyone who sees any strangers or those with risky behaviors should notify officials of their finding,” the government spokesman said.

Meanwhile, three new confirmed Covid-19 cases were reported on Friday morning. Two Thais infected in Myanmar who sneaked back across the border in Chiang Rai, and also a woman who travelled on a plane to Bangkok.

The 51-year-old woman was from Sing Buri province, said Dr Sophon Iamsirithaworn, of the Disease Control Department. She flew from the northernmost province of Chiang Rai to Bangkok on the same flight as two confirmed cases. Both had returned from working in Tachilek without passing through immigration or quarantine.

The Bangkok Post also reported health officials were questioning the woman to find out where she most likely caught the virus.

The woman told officials she had not visited Myanmar. If that was verified, she would also be considered as another case of local infection, Dr Sophon said.

The two other new cases were returnees from Tachilek and officials were contacting people who had been in close contact with them. He expected more Covid-19 infections would be found and confirmed to be linked to the latest returnees.

According to media reports, the Sing Buri woman visited Chiang Rai from Nov 25 to 28 on business.

On Nov 28, she took Nok Air flight DD8717 from Chiang Rai airport to Bangkok’s Don Mueang. Two women who have since been confirmed as cases coming across the border from Tachilek were on the same flight. One of them lives in Bangkok and the other in Phichit province.

From Bangkok, the Sing Buri woman returned to her factory in Ang Thong province, and later went to her home in adjacent Sing Buri.

Furthermore on Monday she received influenza vaccine at In Buri Hospital. On Wednesday she had body pains and initially thought it was a reaction to the flu jab.

On Thursday she learned about the Covid-19 cases on the same flight, and sought a Covid-19 test at Bang Rachan Hospital. Her test result was known on Friday morning. It was also positive.