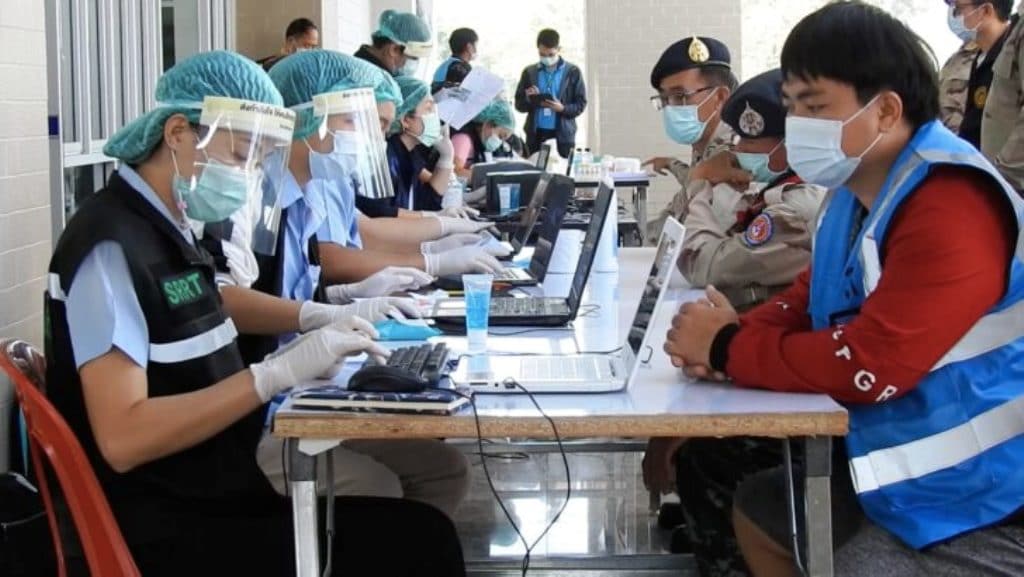 Public health officials have reported a 28-year-old Chiang Rai man close to a woman in Phayao who got infected with Covid-19 after returning from Myanmar’s Tachilek. He has tested positive for the coronavirus disease and become a new local infection case.

Dr Thosathep presented a timeline of the new local case, a 28-year-old man.

On Nov 28, three friends, all of whom were later found infected and received treatment in Phayao and Chiang Mai provinces, came to his room in Chiang Rai around 1pm after returning from Tachilek. They stayed overnight with him. In the evening of that day, the man went to work at a restaurant as usual.

Next morning, he and the three friends stayed in the room.

On Nov 30, the four people left for Chiang Mai by private car around noon.

On Dec 1, he returned to Chiang Rai by public transport around 8am. In the evening, he went to work at the restaurant as usual.

On Dec 2, he learned that his Phayao friend got infected with Covid-19. He then took a Covid test at a private hospital and the result showed he tested positive. He later sought treatment at a public hospital in Chiang Rai.

The patient was also a close friend of the infected 28-year-old native of Phayao province who worked at the 1G1 Hotel entertainment venue in Tachilek.

Meanwhile, Thailand’s Public Health Minister has ordered officials to take legal action against the illegal covid-19 returnees who crossed the border from Myanmar and dodged immigration and quarantine procedures, saying they caused damage to the nation.

Mr Anutin’s order responded to a group of Thai women who sneaked back from Myanmar’s border town of Tachileik into Chiang Rai province and later tested positive for the coronavirus disease 2019.

“That should not have happened. The selfishness of a few people troubles many other Thai people. Although immigration is being restricted, the group of people sneaked through the border at will. They violated laws,” Mr Anutin said.

“I ordered provincial health officials through disease control committees chaired by provincial governors to file complaints to take all possible legal action against the group of people. We are about to reopen the country but now measures must be reviewed.”

According to him, the illegal returnees violated laws on immigration and communicable diseases and 14-day compulsory quarantine. The hoteliers who accommodated them can also be prosecuted for failing to inform officials of their visits.

Health officials were trying to conduct COVID-19 tests on as many people as possible in Chiang Rai and adjacent Chiang Mai province to contain the disease, Mr Anutin said.