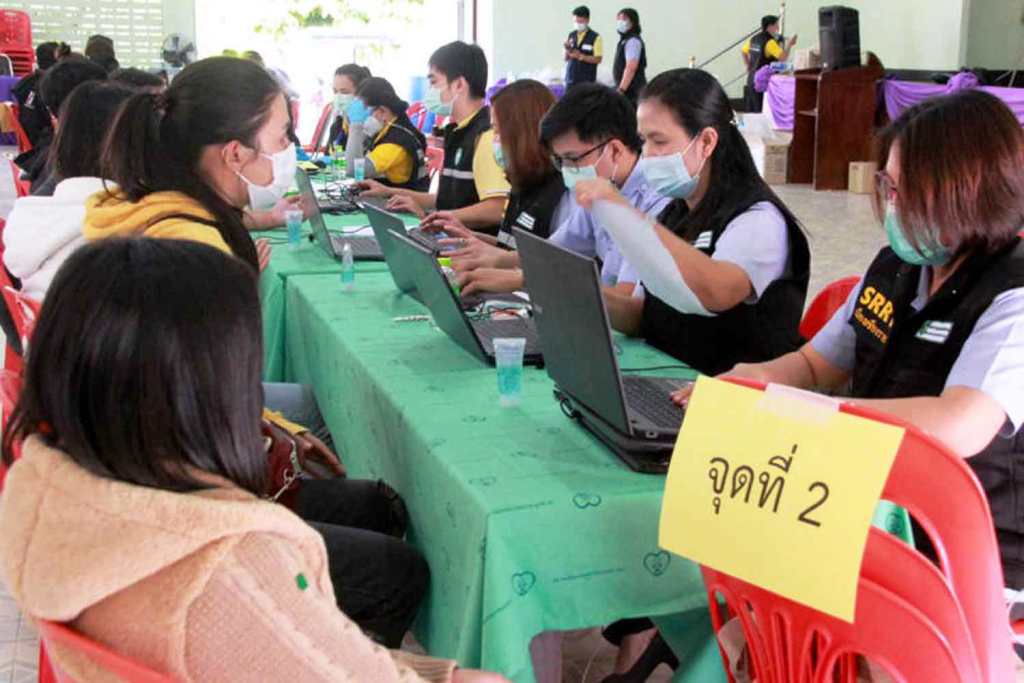 Chiang Rai Health Authorities have reported 3 new covid-19 cases among Thai returnees from entertainment venues in Myanmar’s border town of Tachilek. They were confirmed infected with the covid-19 on Thursday, raising the total number of Covid-19 cases in Chiang Rai province to 37.

Chiang Rai governor Prachon Pratsakul said two were women, aged 28 an 29, and one was a man, aged 33 . The women entered quarantine last Friday, and the man on Sunday.

The governor said nobody had been in close contact with them. They were admitted to Chiangrai Prachanukroh Hospital. Of the 37 Covid-19 cases in Chiang Rai, two have also recovered and were discharged from hospital. Two more patients were expected to be released on Friday, Mr Prachon said.

As of Wednesday, the number of Covid-19 cases coming from or related to Tachilek stood at 46. The new cases raised the number to 49.

Meanwhile, health authorities said the 1G1-7 hotel and entertainment complex in Tachilek, a hotspot of infection, was closed on Nov 24 and hundreds of Thais who worked there had to return home.

Many of them sneaked back across the border to Chiang Rai, dodging quarantine, and some of them travelled to other provinces.

The health minister has condemned them as being irresponsible and causing a public scare, frightening off tourists who had planned to visit the upper North during the high season.

Health authorities have also been at pains to explain the huge effort being put into detecting infected returnees and people who have been in close contact with them, and to fully contain the out beak from Tachilek.

The Northern Tourism Federation plans to sue the illegal returnees who brought in COVID-19 as well as their accomplices for damaging tourism.

Kitti Tisakul, chief adviser to the Tourism Federation, said tourism-related operators including hoteliers, restaurateurs and car rental operators in the region would take the legal action.

The operators would conclude the combined damage which was estimated at about 20 million baht from Nov 29 to Dec 7. The lawsuit would initially target the people who crossed the border for work in Tachileik border town of Myanmar where they contracted the novel coronavirus, later sneaked back, dodged quarantine and visited places in the country irresponsibly.

Go Ahead and Sue Them

Deputy Prime Minister Anutin Charnvirakul has also voiced support for the Tourism Federation planning to sue people infected with Covid-19 who re-entered the country illegally, saying they were “selfish and irresponsible” and needed to be taught a lesson.

“Go ahead. Sue them. They should do that,” Mr Anutin said. “They have the right to do so.”

He said the government would also take legal action against them for breaching immigration and disease control laws.

All Thai people are expected to re-enter the country through legal means, including infected people, he said.

“The problem is some of them slipped into the country illegally, not wanting to be in quarantine for 14 days. This is selfish and irresponsible on their part, and a cause of trouble for many other people,” he said.

Border markets in Mae Sai district of Chiang Rai were quiet after news reports on the illegal returns of Thai people with COVID-19 from the neighboring country.

Since March 22, the Interior Ministry has closed the border crossing near the 1st Thai-Myanmar friendship bridge which spans Tachileik and Mae Sai. Before the closure, about 10,000 people had crossed the border there on a daily basis.