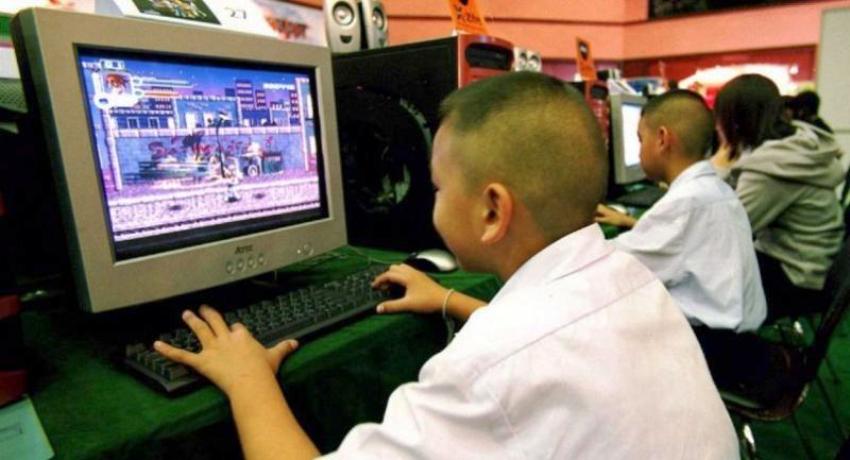 A renowned gamer, Chaniknan “Pi Wan” Thippairot, sparked outrage earlier this month as he told his gamer peers that the legislation would ban first-person shooter (FPS) game competition. It would prohibit children e-sports gamers from gaming more than two hours a day out of health concerns.

His comment prompted netizens and gamers to lambaste the legislation. Which they think would deprive them what some see as a fundamental right to play games.

Game casters and e-sports players have become the careers young gamers dream of and they follow up by training hard to achieve their goal. But their has been a recent push for a new draft law governing the gaming sector. Above all with the aim to protect children from violent games. This of course has caused panic throughout the industry.

One of the legislators later told the Bangkok Post that Mr Chaniknan’s remarks were untrue. Furthermore no such details are contained in the draft. But the lawmaker then noted that children must have appropriate time limits on playing violent games. Also that game play ratings must also be ushered in to protect children.

The government is challenged with striking a balance between child protection from violent games and the rise of the e-sports business.

Thailand’s game market grew 16.6% year-on-year to 23.3 billion baht in 2019. With 27.8 million active gamers, according to mobile operator Advanced Info Service (AIS). The industry’s revenue is expected to grow to 27 billion baht this year. A subcommittee of the National Commission on the Promotion of Child and Youth Development started looking into e-sports activities after the Thailand e-Sports Federation (TESF) sought to be listed under the Sports Authority of Thailand (SAT) in 2017.

The TESF was recognised by the SAT in July that year. This was also approved by the Tourism and Sports Ministry, conferring the broad perception that the government accepted e-sports as a sport in Thailand.

Teerarat Pantawee, a member of the subcommittee and chairwoman of the Youth Radio and Media Association, said the move drew flak from many quarters, including some other state agencies, as there has been no broad discussion or any consensus on the issue. Concerns for children’s well-being are also under focus.

In many countries, e-sports are not recognised as a sport, including the United States, she said.

“Many children tell their parents they want to become a professional e-sports player and need training, which has caused arguments in families,” Ms Teerarat said.

The subcommittee then held a series of events to provide information for parents on how to take care of children involved in gaming. This included explanations to the public that becoming a professional e-sports player may not be an easy road for kids.

Research by the Department of Mental Health, Ms Teerarat said, showed that of 1 million children playing games, 100,000-200,000 of them are at risk of becoming game addicts. “Only 10 out of 1 million can become professional e-sports players,” she said.

Ms Teerarat and allies then joined forces to draw up a draft resolution aimed at protecting young gamers to be pushed through by the National Health Assembly, which gathers the public, state and academic sectors. The assembly is under the National Health Commission Office (NHCO).

The draft was later approved by the assembly and put forward to the NHCO.

The NHCO tabled the resolution before the cabinet, which later approved and sent the draft to state agencies as guidelines to apply.

The resolution consists of four key tasks, including the formulation of the draft law to protect children and youth from game engagement.

Others tasks concern creating e-sports competition standard guidelines by the TESF, organizing public events to create understanding about e-sports, and enforcing existing laws for game-related violations, such as gambling.

A steering committee, chaired by Ms Teerarat, was then set up to move the resolution forward, including drafting the law. The work is supported by Thailand Science Research and Innovation (TSRI).

The hearings were then conducted with the participation of state agencies, gaming circles and telecom operators to usher in the legislation.

If games are violent, “an appropriate time limit will be applied”, Ms Teerarat said, citing the draft law. “Letting kids play games that are not suitable for their age all day long is not a viable option.”

The draft does not contain the exact time limits

Ms Teerarat said there is no stipulation of “two hour” limits for game engagement. Even more banning certain game types in the e-sports competition. She called these “talking points” that may have come out of the hearing sessions. Furthermore they are not in the actual draft she told the Bangkok Post.

The draft also ushers in game ratings to make sure children play games that suit their age. The rating details will be defined again under ministerial regulations.

Ms Teerarat said that according to medical professionals, child game addicts lose fore brain capacity. Also damaging their ability to think and analyze. Instead leaving them to rely heavily on their emotions.

“They are more likely to develop further addictions,” she said.

According to Ms Teerarat, the draft concerns the protection of children and youth. The latter defined as those aged no more than 25.

“Children aged 15 and those aged 25 may not be able to play the same violent games,” Ms Teerarat said. Adding that the goal is to make sure gamers are playing games suited to their age.

She said the draft legislation has been sent to TSRI for vetting. After the vetting is completed, TSRI will be open for any parties to further put it into law.

Easily Monitor Your Online Competitors With These Six Tips