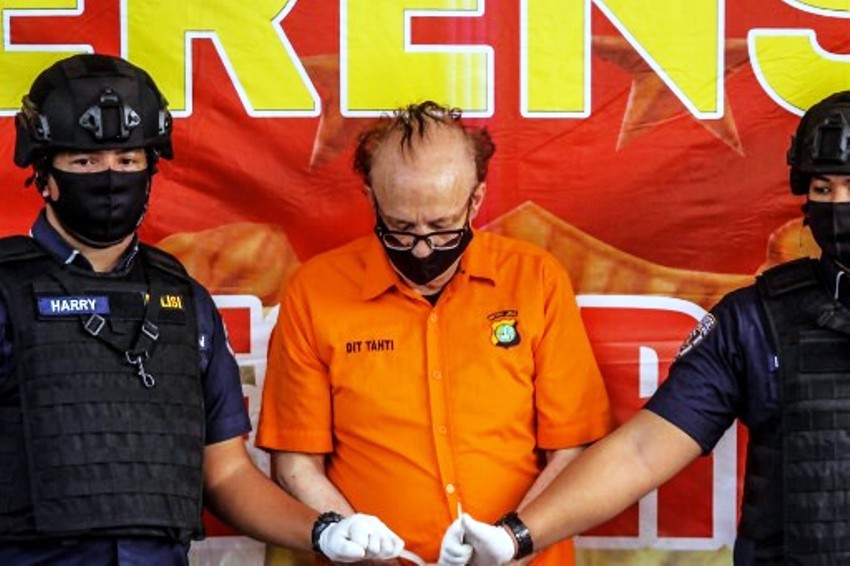 A Frenchman could face execution in Indonesia over charges that he molested over 300 children and beat those who refused him, authorities reported Thursday. Police said they nabbed Francois Camille Abello, 65, at a hotel in Indonesia’s capital Jakarta. Police said they found adolescent girls in his room.

Abello could face life in prison or even execution by firing squad if convicted. He faces a raft of charges under Indonesia’s child protection laws. Including accusations that he filmed the illicit encounters.

Police said they had found videos on Abello’s laptop computer that showed him engaging in illegal acts with hundreds of children. Indonesian Police said the Frenchman entered Indonesia on a tourist visa several times over the past five years.

“He would approach children and lure them by offering them work as models,” Jakarta police chief Nana Sudjana told the Jakarta Post.

“The ones who agreed to have intercourse with him would get paid between 250,000 and one million rupiah ($17-70). Those who didn’t would be beaten, slapped and kicked by the suspect,” he added.

Police said they believed the Frenchman had been molesting Indonesian children for years. Furthermore police also believe that there could be many more victims.

Another Frenchman avoids execution in Indonesia

According to global anti-trafficking network ECPAT International, as many as 70,000 children are victims of exploitation annually in Indonesia

American fugitive Russ Medlin, wanted at home in connection with a $700 million cryptocurrency scam, was arrested in Jakarta last month on allegations he paid under aged girls to have intercourse with him.

Meanwhile, another Frenchman sentenced to execution for drug trafficking in Indonesia has had his sentence commuted to 19 years in jail. Frenchman Félix Dorfin, 35, had been convicted of trafficking about 3kg (6.6lb) of various drugs into the Indonesia.

The Mataram high court ruling overturns the death penalty imposed by a lower court. Indonesia has some of the world’s strictest drug laws. It is not clear whether prosecutors will appeal against the latest sentence.

Although the ruling had been recorded, it had yet to be officially delivered to the parties concerned. The reasons for the ruling are expected to be made public later.

Dorfin was arrested in September last year at the airport in Lombok where he had flown in from Singapore. He was carrying a suitcase filled with drugs including ecstasy and amphetamines, BBC reported. The judge in the lower court cited the Frenchman’s involvement in an international drug syndicate. Also the amount of drugs in his possession as aggravating factor for his execution.

The execution verdict came as a shock as prosecutors had requested 20 years in jail. Also a fine of $700,000 (£540,000). No-one has been executed in the country since 2016, although a number of foreigners remain on death row.

Earlier in the year, the Frenchman escaped from prison by sawing off the bars on his cell’s window. He then rappelling down with a rope made of a sarong and curtains.

A female police officer was arrested for allegedly helping him escape in exchange for money. He was later recaptured by police who found him hiding in a forest in the north of the island.