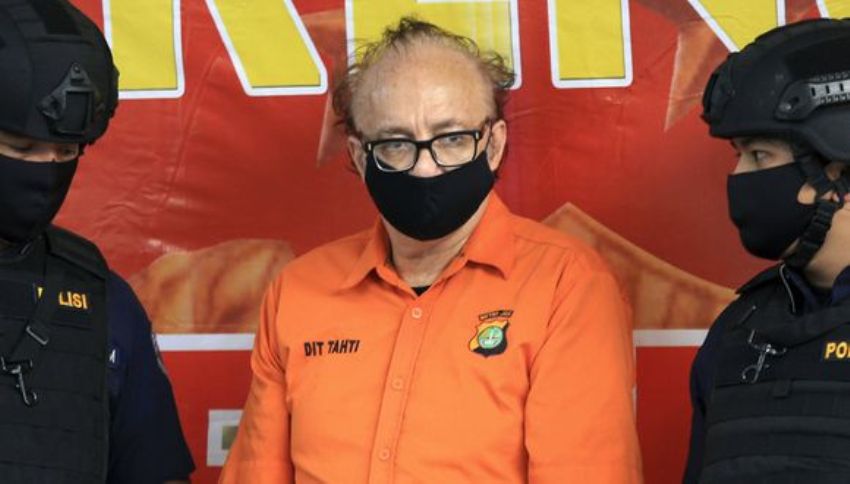 A 65 year-old retired Frenchman accused of molesting hundreds of street children in Indonesia has died in a suspected suicide, Jakarta police report.

Francois Camille Abello, 65, was found unresponsive in his cell at a detention centre in Jakarta. According to the BBC, the Frenchman was pronounced dead on Sunday night.

The Frenchman was arrested last month at a Jakarta hotel. Police said he was in a room with two underage girls.

Videos were found on Mr Abello’s computer that showed him engaging in illegal acts with more than 300 children aged between 10 and 17.

Umar Shahab, an official at the National Police Hospital in Jakarta, said that Abello had sustained a neck fracture that blocked his oxygen supply.

Police reported that guards at the detention centre had been questioned. Furthermore his cell was examined as part of an investigation into the death.

According to police, Mr Abello was believed to have targeted street children. Luring them with offers of money to photograph them in his hotel room before making sexual advances. Those who refused were beaten, the police said.

He was facing life in prison, chemical castration, or possibly execution, if convicted.

Children living on the Streets

The Social Affairs Ministry has said about 16,920 children are living on the streets.

While the number is still alarming, the ministry’s general director of social rehabilitation, Edy Suharto, said it had dropped from previous years.

“This is a decrease from 232,894 children in 2006,” he said during a children’s jamboree. The ministry said they were spread across 21 provinces.

West Java is the province with the largest number of street children in the country. It also home to 2,953 street children. It is followed by Jakarta with 2,570, East Java with 2,701 and Central Java with 1,477.

There are 556 and 503 street children in Banten and Yogyakarta, respectively.

Outside of Java, North Sumatra is the province with the most street children with 1,000. Followed by West Sumatra and South Sulawesi with 822 and 652 children, respectively.

Indonesia must protect its children

Earlier this month, the Indonesia National Police revealed that there were 236 cases of child sexual assault that occurred from January to May this year. Despite this, only 50 percent of cases were handled by law enforcement.

Police Chief of General Information, Commissioner Asep Adi Saputra explained that among the causes for this phenomenon is the public’s reluctance to discuss crimes of a sexual nature.

“We know that most people are reluctant to report child sexual abuse because of our strong Eastern customs,” he said.

The National Commission for Child Protection (KPAI) has been reported by the media as saying that, from January to May, the commission had received 1,192 reports of violence. Including physical, psychological or molestation abuse towards children.

Women and Children exploited in Indonesia

The KPAI estimates that 100,000 children and women are trafficked each year in Indonesia. Furthermore 30 percent of sex workers are below the age of 18. Aslo 40,000 to 70,000 Indonesian children who are not accounted in the 100,000 that are trafficked are victims of sexual exploitation.

Save the Children’s Global Childhood Report 2019 did not place Indonesia in the best of spots either. Based on a ranking of 176 countries, Indonesia was jointly placed 107th with fellow ASEAN member, the Philippines. Even in ASEAN, Indonesia only fares better than Myanmar, Lao, and Cambodia.