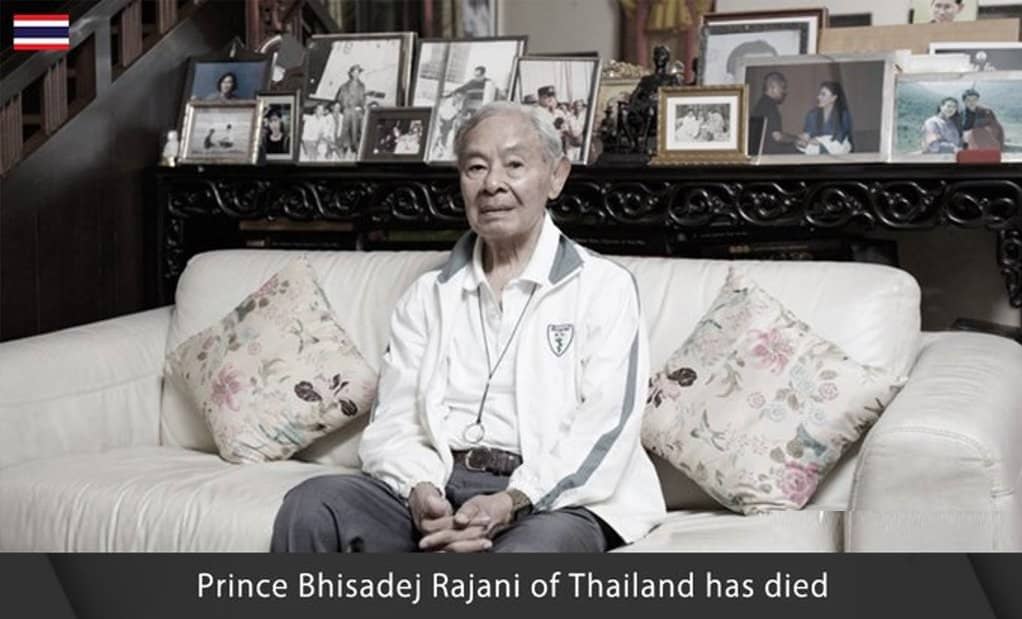 Thailand’s Prince Bhisadej Rajani, who was the eldest surviving member of the Royal Family, passed away at Siriraj hospital Saturday at the age of 100.

The couple had two daughters and one son.

His hobbies included reading, listening to music, and taking photographs. Since he was 14, he has been interested in photography.

At The Royal Development Centres, he enjoyed taking photographs of flowers, particularly English roses at The Royal Agricultural Station Ang Khang, which are in full bloom in April.

His favourite books were those about the history and rural travel that described the lives of farmers, especially in France and Spain.

In 1969 during the campaign against illegal narcotics, then King Bhumibol established the Royal Foundation, centred in the Fang district of Chiang Mai, to encourage hill tribes people, to stop opium poppy cultivation and switch to other cash crops.

As president of the foundation, Prince Bhisadej advised the hill tribe people on growing alternative crops, such as strawberries, peaches, plums, vegetables and others.

He also served as president of the Thai-UN hill tribe economic development project and the Highland Agricultural Research committee.

The Thai people respected Prince Bhisadej for his dedication and contributions during the reign of King Bhumibol.