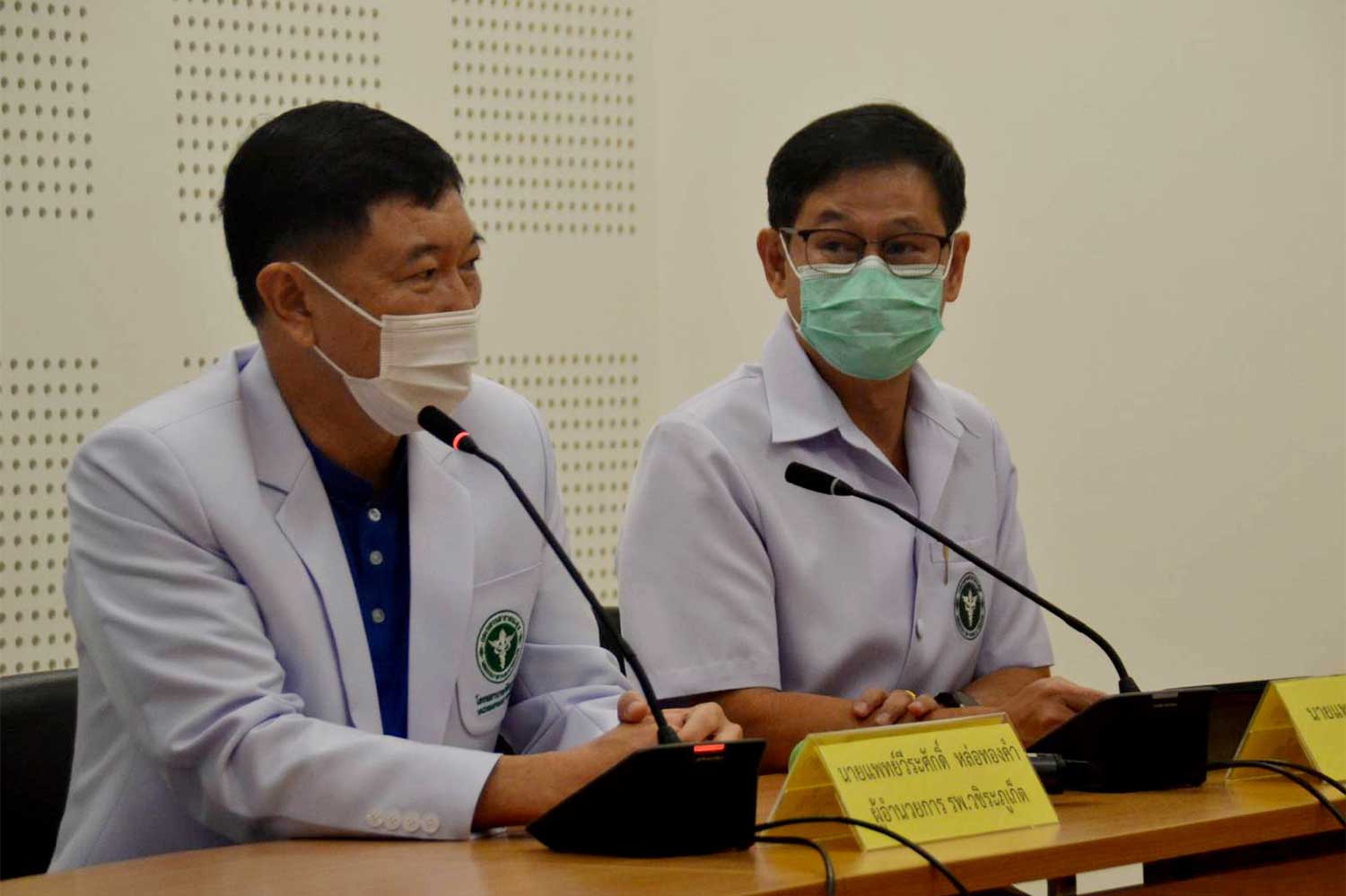 Health authorities in Phuket have launched a search for a Nigerian man after lab tests proved he was Thailand’s first confirmed case of monkeypox.

Phuket deputy governor Pichet Panapong said the 27-year-old man was being tracked down on Friday.

The Thai media reported that the man had fled the hospital where he was being treated.

Thailand’s Immigration Superintendent, Pol Col Thanet Sukchai, said the man was still believed to be in the Patong Beach area of Phuket.

According to him, health officials have tracked 154 people who were in contact with the man and are being tested for the disease. There have been no infections so far.

Pol Col Thanet reassured the public that the disease could be controlled and there was no need for fear.

As reported by Phuket public health office chief Kusak Kukiartkul, the monkeypox detected in the patient was the African variant, A2, which is not serious.

Ordered to self-quarantine in Phuket

He said the man was treated as an outpatient at a private hospital. The hospital sent blood samples for lab testing after suspecting he had monkeypox.

As his condition was not severe, he was not admitted. He was advised to quarantine himself in his condo room.

On July 18, around 6pm, the Phuket hospital attempted to contact the patient to receive treatment at the state-run Vachira Phuket Hospital, but he had turned off his mobile phone, Dr. Kukiart said.

In searching for him, the police discovered that he had taken a taxi from his condominium to Patong beach, where he checked into a hotel. On July 18, he left the hotel around 9pm.

On Thursday evening, the Department of Disease Control (DDC) said it was confirmed that the 27-year-old man, who had arrived in Phuket from Nigeria, had monkeypox.

A private hospital treated him last week for fever, coughing, sore throat, runny nose, a rash, and lesions in his genital area.

According to PCR tests conducted by the Thai Red Cross Emerging Infectious Diseases Clinical Centre on Tuesday, the man had monkeypox. As a result of tests arranged by the DDC, this was later confirmed.

According to reports, Phuket police, immigration officials, and disease control officials have been assigned to find him.

According to Department of Disease Control chief Opas Karnkawinpong, monkeypox has been added to the list of monitored communicable diseases.

According to the Communicable Diseases Act, provincial communicable disease committees must develop a disease control plan. It is the department’s responsibility to receive all detections of cases.

Public Health Ministry officials have implemented a surveillance and screening system for people suspected of having the disease. Hands, feet, and genital blisters were among the symptoms.

Hospitals, sexual disease clinics, and disease control officials at international airports should have surveillance and screening systems to detect the disease.

During medical treatment, patients must be quarantined. It is recommended that high-risk contacts observe themselves for 21 days for symptoms.

It is imperative to know that this is not a serious disease and can be treated. In addition to following our sanitary guidelines on universal health prevention, such as regularly washing your hands and avoiding close contact in public, this disease is not airborne.

The warnings follow the development of monkeypox-like symptoms in a 27-year-old Nigerian man in Phuket. Chulalongkorn Hospital and the Department of Medical Sciences conducted lab tests on samples from the man and found them to be positive.

On Thursday, July 21, an academic committee of disease experts confirmed the results.

Dr. Opas said two people thought to be at high risk had tested negative for infection. It was recommended that they monitor their health closely for 21 days.

Monkeypox is prevalent among homosexuals

After investigating the illness further, six people with fever were found in two nightclubs. Four out of six tests had already come back negative. The six were instructed to self-monitor for 21 days.

Compared with Covid-19, the disease transmission rate and severity are relatively low. Since May this year, 12,608 cases have been reported in 66 countries. Most outbreaks occurred in the EU and US.

Due to the monkeypox vaccine’s high transmission rate and side effects, the department had already reserved a supply, but there was no need for a massive vaccination campaign like Covid-19 disease.

Vaccines should not be given to everyone, but mainly to medical personnel and lab workers who deal with the disease.

According to the World Health Organization, monkeypox is still most prevalent among homosexuals.

In a press conference on Wednesday, Rosamund Lewis, the WHO’s technical lead for monkeypox, said 98 percent of reported cases worldwide occurred among men who had sex with men. WHO reports that they usually lived in urban areas and were of young age.

The monkeypox virus is endemic to Central and West Africa.

Northern Thailand Shaken By a Series of 70 Earthquakes