Understanding Business and Economic Ties Between Japan and Thailand
Advertisement 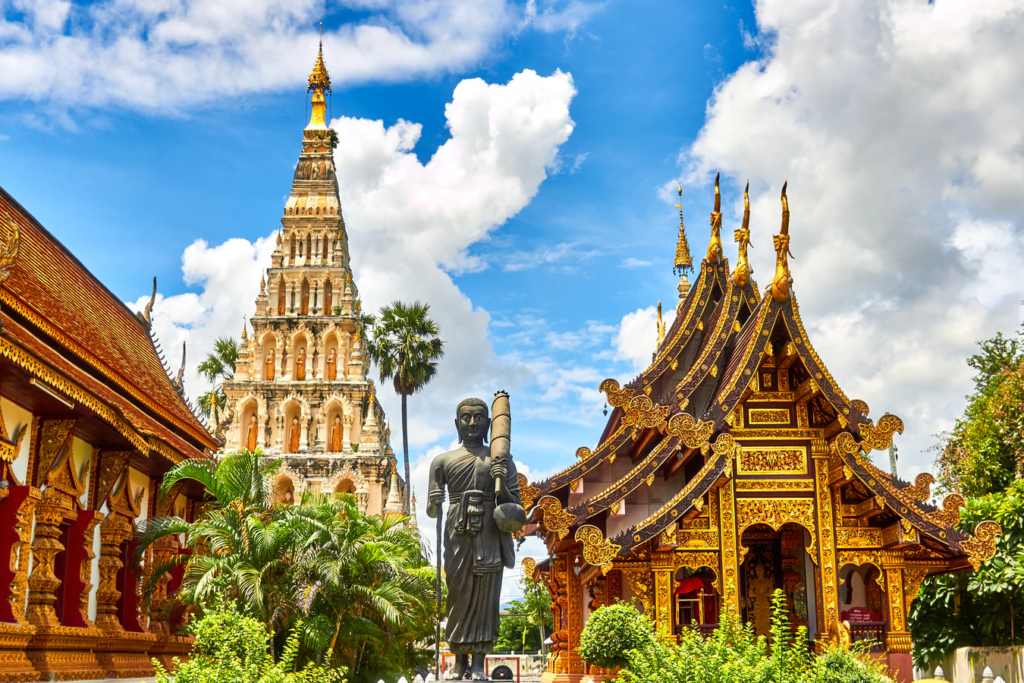 Japan and Thailand are the two progressive countries in Asia that have reliable diplomatic relations and strong economic ties. Tokyo and Bangkok had quite a problematic background of relations, caused by Japan’s invasion of Thailand in 1941. The post-war era was marked by a transformation of official contacts between the countries.

One of the most remarkable features associated with Japan-Thailand relations is a huge scale of Tokyo’s investment in Bangkok. Right now, Thailand is home to numerous Japanese companies, such as Mitsubishi, Toyota, and Honda. Let’s take a closer look at Japan-Thailand business ties and trade relations in a bit of detail.

When it comes to the basics of Japan-Thailand business ties, direct investment stands out the most. Even though Thai companies invest in Japan to a certain extent, most capital is directed vice versa. This fact is most evident while reviewing the activity of more than 1,700 Japanese companies in Thailand. According to recent estimations, approximately one million Thai individuals are employed in Japanese companies located in Bangkok and other Thai cities.

One of the most widely used frameworks for increasing investment between the countries is called a Thailand Plus One. Under this system, the rising wages and obvious labour shortages of Japanese companies are expanded to neighbouring countries. This framework is working perfectly well for all business sides due to evident economic prospects that strengthen cooperation between Japan and Thailand. Based on this fact, please note that the core of Japan-Thailand economic relations is closely associated with direct investment from the Japanese side. For those wondering how other business ties of Japan and Thailand are implemented, it is worthy of referring to signing economic deals. For instance, in 2017, these two countries negotiated on signing a total of seven deals. These deals were aimed at strengthening business cooperation between states. Some of the most prominent agreements included industrial upgrades, increased investments to the Eastern Economic Corridor, and support for middle-sized enterprises.

Such news regarding the formal signing of new economic deals is a great indicator of Japan’s fate in future of the Thai economy. As stated by Prime Minister Shinzo Abe, Japan continues the support of Thailand as a central hub of the so-called Greater Mekong region. The institutional friendship between the countries can also be seen in the case of infrastructural projects and innovation-based upgrades in Thai enterprises. Further strengthening of institutional projects and formal deals between Japan and Thailand will boost the economy of both states significantly.

In the Southeast region, countries tend to unite to achieve common objectives, especially the ones associated with business and economic development. A unique project that started back in 2005 aimed to incorporate countries’ efforts to ease restrictions on gambling endeavours. The common goal of this initiative is to attract more tourists and create more jobs, alongside “copying” an example of the Las-Vegas-style gambling venues.

The good news about such projects is that Japan and Thailand have strong ambitions for easing restrictions. This partnership project is a great example of how two progressive countries can work together to promote gambling and its business merits for communities. The same goes for the option of playing in an online casino in both Japan and Thailand. Before you start playing, it is highly advised to read a review of a particular online casino of your interest. By doing so, you will choose a platform that would match your tastes and preferences. Thanks to the existence of such initiatives, the future of gambling in Japan and Thailand seems to be promising.

Emphasis on Small and Medium-Sized Enterprises

Even though the presence of hundreds of large Japanese companies in Thailand, both states work hard on expanding collaboration in other business segments. Over the last years, countries’ representatives agreed to focus on even deeper collaboration for developing small and medium-sized enterprises. These initiatives are aimed to mutually encourage business-matching deals between the small enterprises of the two countries.

As it often happens in business ties of Japan and Thailand, this cooperation is cemented in the institutional framework. It is worth mentioning that the first efforts of developing small and medium-sized enterprises started in 2014. The core idea of fostering cooperation between countries is an encouragement to build relations between small enterprises of Japan and Thailand. For that sole reason, it is evident that both countries are working hard on boosting cooperation, even when it comes to small and medium-sized companies.

Japan is often regarded as being the most innovative state across the globe. With an enhanced investment in AI, robotics, and automation, Japanese companies benefit from these innovations economically. Concerning Japanese-Thai business ties, the mentioned technological advancements are exported considerably. Since hundreds of Japanese companies are located in Thailand, these tools are used to enhance the effectiveness of production.

Even though Thailand also invests in innovative projects, Japan seems to have more promising results in this niche. Thanks to the presence of hundreds of Japanese companies, automation approaches and robotics are now becoming more common in Thailand. Since these strategic decisions foster economic and business ties between Japan and Thailand, their further development is a must. Another excellent example of cooperation is that countries are developing online database platforms to boost communication and collaboration between enterprises. Japan-Thailand business ties encompass a wide range of niches and industries. Even though the core of economic relations between the two countries is Japanese investment, other economic segments are also covered. Right now, more than 1,700 Japanese enterprises are operating in Thailand, alongside employing a million individuals. Expect for investment opportunities, both countries are working on unique projects, such as easing restrictions on gambling endeavours.

Other notable projects include institutional cooperation and boosting the development of small and medium-sized enterprises. Japan-Thailand business ties have been strong for decades. It is only for these two states to decide on how to act next. Yet, the mentioned economic features brilliantly display that business ties of Japan and Thailand will only prosper in the long run.