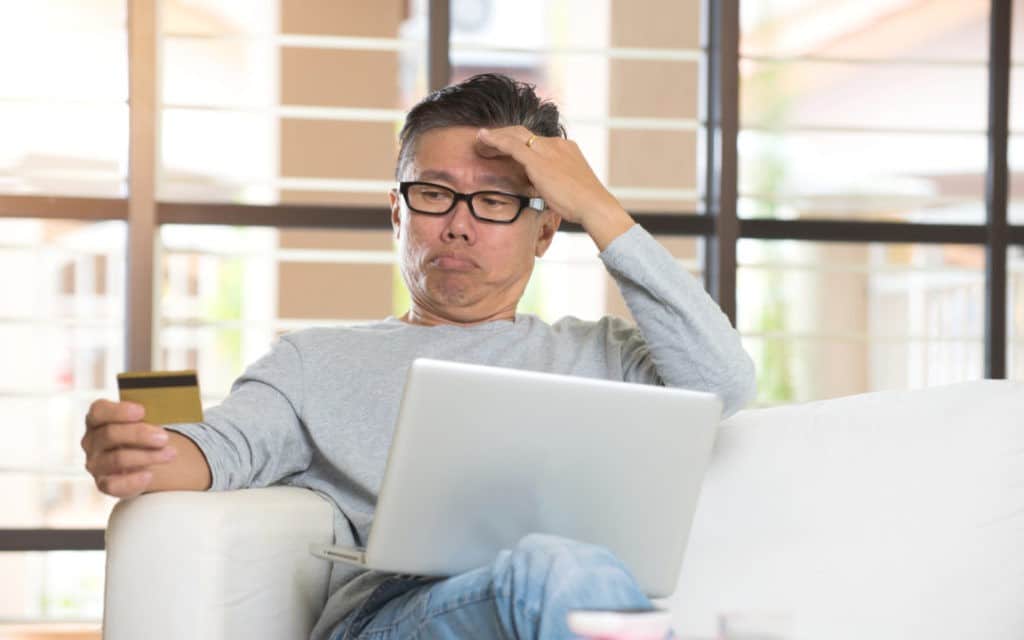 The Bank of Thailand has raised concerns over the mounting household debt as Thai people are among the biggest borrowers in Asia. Racking up a debt mountain of 14 trillion baht, or 89.3% of gross domestic product (GDP) by the end of December.

The level of household debt is the highest since the central bank began keeping records in 2003 and people are finding it increasingly difficult to keep up with payments.

Thai rice farmer Jamras Kongchai says shes struggling to pay off 500,000 baht ($16,082) of debt because money from the sale of her crops is not enough to make payments.

Adding to the strain, the coronavirus outbreak has shut a small construction firm where she worked for $10 a day for much needed extra income.

“I’m so heavily indebted and don’t know what to do,” said the 51-year-old, single mother of two. She travelled from the northern province of Kamphaeng Phet to join a demonstration of indebted rice growers in Bangkok late last month, asking the government to help reduce their debt burden.

Jamras has only repaid some of the interest since 2013, and hasn’t put a dent in the principle. This year, she has to pay 40,000 baht in interest, but she has no money. “I hope to get some help”.

Such protests have put further pressure on the the government of Prime Minister Prayut Chan-o-cha. His military backed government is already grappling with mounting pro-democracy demonstrations and failing to revive the pandemic-hit economy.

High debt also poses a risk to financial stability and restrains consumer spending in Southeast Asia’s second-largest economy, impeding a recovery from the coronavirus crisis. The economy suffered its deepest slump in over two decades last year as exports shrank and the vital tourism sector reeled from the absence of foreign visitors.

New COVID-19 outbreaks have added to the pressure on some businesses and households, the central bank said last month, when it cut its 2021 gross domestic product (GDP) growth outlook to 3% from 3.2%, noting the economy would not return to pre-pandemic levels until mid-2022.

While the latest flareup in infections has been largely contained, it has reinforced fears that an economic rebound will be slow and patchy, prolonging the pain.

“Even before COVID, our debt to GDP was already the highest among emerging markets,” said Yunyong Thaicharoen, chief economist at Siam Commercial bank.

“It’s above a level that has quite an impact on GDP and household spending,” he said, adding the debt ratio could peak at 90-91% of GDP in the first quarter.

The government has promised 1 trillion baht in relief to ease the impact of the outbreak, but some say relief is not being rolled out fast enough for many Thais. Last year, a woman took rat poison outside the finance ministry to protest the slow response. She survived and was promised her payment days later.

The growing debt burden is likely to curb private consumption, which accounts for half of Thailand’s $502 billion GDP, and will hurt lenders’ earnings if more loans turn sour.

To be sure, the pandemic slowed down loan demand last year, but the slumping economy also made it more difficult for people to repay their loans.

Consumer loans rose 4.6% last year, slowing from a 7.5% rise in 2019 as the outbreak cut household purchasing power, according to the central bank. But loans with a significant increase in credit risk jumped, with autos loans hitting 9.5% of lending, the highest in at least three years.

For years, easy credit for consumers and businesses has prompted many warnings about the dangers of rising household debt in Thailand, and now the pandemic has left millions of people out of work.

About 4.7 million workers are at risk of being affected by the outbreak, of which 1.2 million workers might become unemployed or underemployed, the central bank said in January. Even after the economy has recovered and more jobs are available, the debt overhang will take a long time to tackle.

“We may earn more but that will go to debt servicing, not much left to spend,” said Aree Onkloi, 22, worker from the northern province of Phitsanulok, whose family owes nearly a million baht.

“We will have to keep borrowing and never get out of it”.