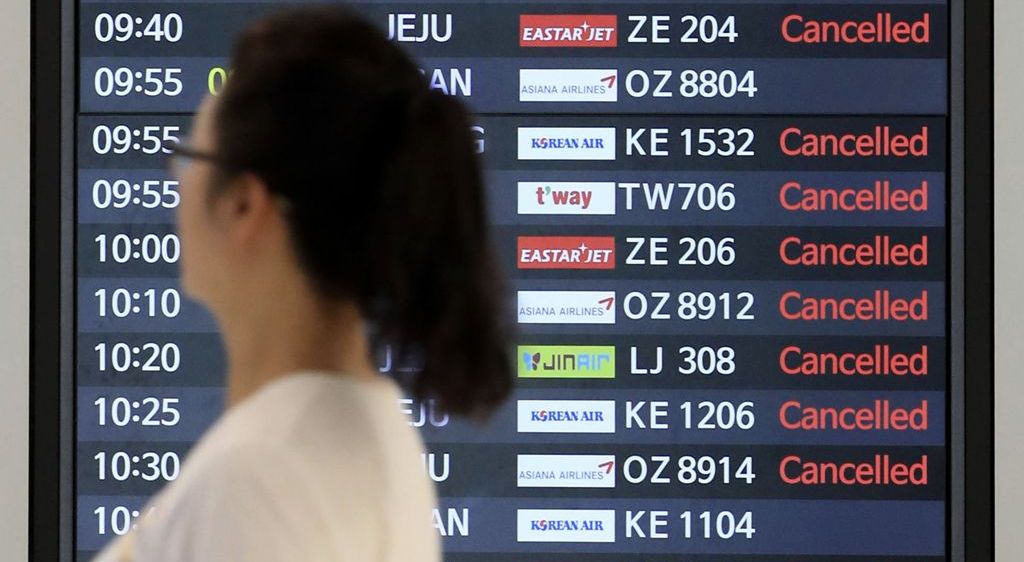 Thailand’s tourism has received another blow as South Korean airlines suspend more flights to Thailand amid coronavirus fears. South Korea is also the second favourite destination for Thais, after Japan.

The decrease in flights came after the South Korean government issued a travel advisory to its citizens on Thursday.

The country’s Health and Welfare Ministry urged South Koreans to refrain from travelling to regions confirmed to have infectious cases.

South Korea has prioritized guarding against the entry of the virus from regions other than China. Using screening measures for passengers who have travelled to; Thailand Singapore, Japan, Hong Kong, Taiwan, Malaysia and Macau.

Thanapol Cheewarattanaporn, president of the Thai Travel Agents Association, said more countries are expected to follow. South Korea and Taiwan in putting Thailand on their warning lists. He expects the share of outbound packages to South Korea to decline to less than 10% down from 15% before COVID-19.

The flight suspensions have dampened travel sentiment for tourists to Thailand. Many already booked tickets or those planning trips to South Korea in March and April.

Mr Thanapol said tour operators are 60-70% booked for Songkran in April. However the unfavorable conditions also mean Thais are likely to defer travel dates to avoid the risks.

“Many Thais are not in the mood to travel, with some still pondering their destination choices,” he said. “Tour operators must try harder to offer customers less problematic routes.

Chotechuang Soorangura, associate managing director of NS Travel & Tours, which also provides air ticket booking services, said South Korean airlines have also reduced flights to Thailand. Above all to control their costs because of slowing demand, which may lead to a cabin load factor of less than 50%.

The company is encouraging customers, mostly incentive groups, to take domestic trips. Even more plan vacations to other available destinations instead. “Travel is nice, but not a necessity,” Mr Chotechuang said.

Operators have to reduce operating costs, especially fixed costs such as employee salaries, to maintain their business, the Bangkok Post reports.

Airlines from South Korea that have suspended or reduced their Thai routes include Asiana, which suspended service from Incheon (Seoul) to Bangkok for Feb 18-March 9 and Incheon to Chiang Mai for March 3-15.

Korean Air confirmed suspension of services from Busan to Bangkok for Feb 23-March 22, but Incheon-Bangkok flights remain in place. Jeju Air, a low-cost carrier, temporarily halted services from Bangkok to Incheon, Busan and Muan in February and March.

Thai AirAsia X, a long-haul low-cost carrier, is evaluating options and will announce a decision on flight cancellations next week.