Cathay Pacific Parks Half its Fleet Due to Coronavirus
Advertisement 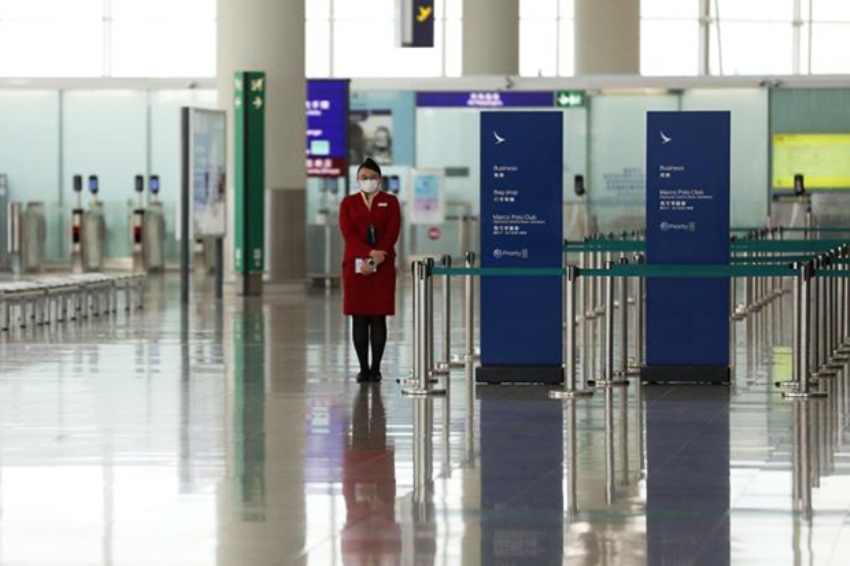 Hong Kong’s Cathay Pacific said it has about half of its fleet parked on the ground due to low demand since the coronavirus outbreak. Cathay Pacific has scrapped more than three-quarters of its weekly flights in March.

Sources familiar with the situation said the number of planes left on the ground was also likely to rise. Above all as Cathay Pacific warned of further cuts in flight schedules.

“We are continuously assessing our fleet and aircraft deployment in order to best align capacity with market demand,” a spokeswoman for Cathay Pacific said. The spokesperson also declined to address the number of parked planes.

The airline’s flying schedules for March show a decline of around 75%, according to a study by the South China Morning Post.

Originally, around 1,470 flights per week were scheduled in March for Cathay Pacific and Cathay Dragon. That number has now been cut by more than 1,120. During the Sars crisis of 2003, Cathay reduced its passenger schedule by 45%. Parking 22 aircraft out of a fleet of 80.

The crisis at Cathay Pacific is also being replicated globally due to the coronavirus outbreak. Major airlines have implemented emergency cost saving to cutting flights across the board.

Fear of travelling coincides with the coronavirus epidemic spreading outside Asia to Europe. The fast-spreading Covid-19 cases outside China are notably in Italy, Iran and South Korea.

Airline stocks plunged in the past week, the worst week for financial markets since the 2008. Wiping billions off the value of airline companies.

“An outbreak is the kind of macro impact that is really hard for an airline to plan around,” said Bocom International analyst Luya You, who cited Cathay’s efforts during the city’s civil unrest to prop up its revenue with transit passengers who could bypass Hong Kong.

“During an outbreak, all of it collapses because people no matter the price point they are no longer willing to fly.”

You said there was not much airlines such as Cathay Pacific could do to balance the situation, apart from shedding costs to limit losses.

Measures adopted by other airlines also include storing, selling planes or delaying deliveries of new jets. Furthermore putting staff on unpaid leave or cutting jobs. They are also seeking cuts in discretionary spending and non-critical projects. This is also putting the squeeze on suppliers of the airlines.

On Friday, United Airlines widened the axing of Asia flights to South Korea, Japan and Singapore. Saying demand for transpacific flights fell by 75%.

Lufthansa Group, which has grounded 23 long-haul aircraft, said it would cut short and medium-haul flights by a quarter. Above all as Covid-19 cases rose in Europe, prompting demand to fall.

The airlines’ trade group IATA predicted on Feb 21 that airlines globally would lose US$29.3 billion.

“The virus is having a more global impact. The cancellation of numerous conferences and events along with the halting of non essential corporate travel have exacerbated this demand decrease,” said aviation expert David Yu, a finance professor at New York University Shanghai.

“These trends will be especially difficult for airlines as the elongation of the virus will affect the coming high summer season for travel.”

Which are the Best Banks to get a Loan Against Property?