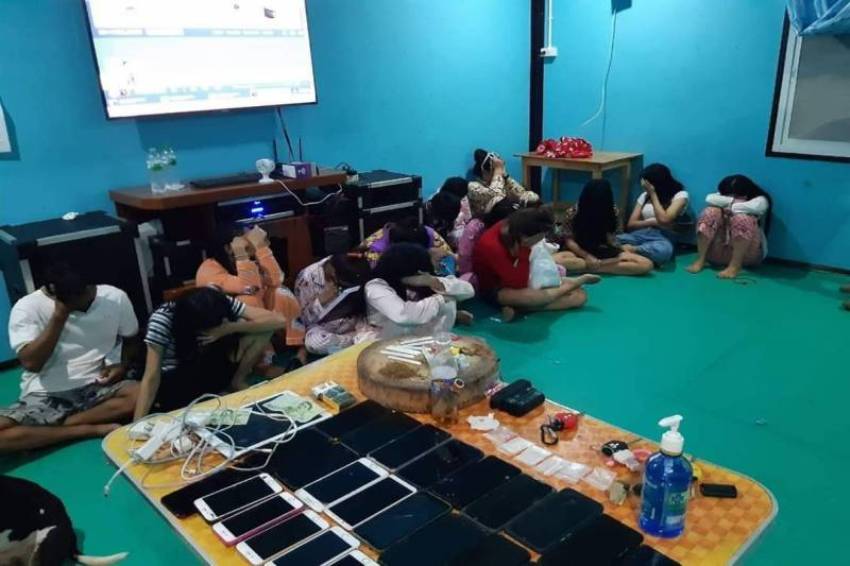 Eighteen teenagers have been handed jail terms for violating the terms of the Emergency Decree by holding a party and abusing drugs in Ayutthaya. On Thursday the prosecutors indicted the teenagers for breaching the decree. And also taking part in a mass gathering, and for drug use.

The teenagers were arrested on March 30, after officials received a tip-off from residents in Ayutthaya. Home owners in Bang Sai district reported illegal drugs were being taken at a party held at a raft house on the Chao Phraya River.

Authorities seized marijuana, ketamine, and ecstasy pills, and drug paraphernalia from the teens in the house.

The court sentenced the first two defendants to one month in jail for defying the Emergency Decree. While the remainder were given four-month jail terms each. Above all for violating the decree and drug abuse, the Bangkok Post reported. Meanwhile, in Udon Thani for gathering and drinking in breach of the executive decree on Thursday. Local officials went to a house in Soi Samakkhi in Ban Na Sai after being informed about a group of men drinking together. According to police they were disturbing the neighbors by playing loud music from a car.

The men told officials that they worked as debt-collectors but they have been laid off due to the Covid-19 outbreak. They said they were holding a birthday party for a friend, before they returned to their home provinces in Nakhon Ratchasima, Chaiyaphum, and Uthai Thani.

Initially, the men resisted arrest, saying they only partied in the house, and did not go out anywhere else. Consequently this prompted local officials to call for reinforcements to arrest them.

They were charged with defying the emergency decree. They now face a jail term and/or a fine of no more than 40,000 baht each.

Udon Thani governor Nirat Pongsitthithaworn wrote on his Facebook page on Thursday that there had been no new infections in the northeastern province for eight consecutive days. Even more the number of infected patients remaining stable at seven.