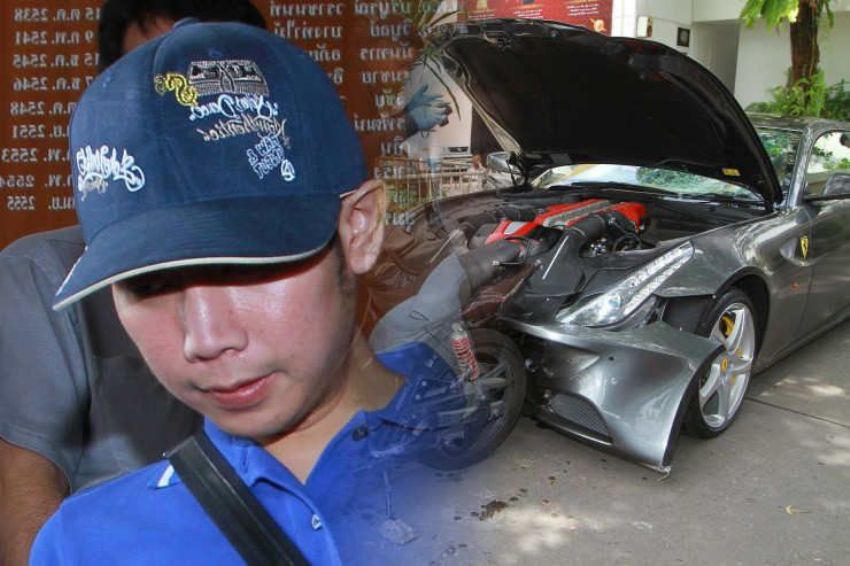 Thailand’s Office of the Attorney-General (OAG) has set up a panel to probe into the decision of prosecutors to drop charges against Red Bull heir Vorayuth “Boss” Yoovidhya. Mr Vorayuth was on the lam for eight-years over fatal hit and run charges that ended with charges being dropped by prosecutors.

Deputy OAG spokesman Prayuth Petchkhun said in a statement released on Sunday that Deputy Attorney-General Somsak Tiyawanich will lead a seven-member panel to investigate the decision of prosecutors to drop the charges against the Red Bull heir.

The case effectively ended when the Southern Bangkok Criminal Litigation Department decided in June to acquit him on an allegation of reckless driving. An accident that killed Pol Sgt Maj Wichian Klanprasert on Sept 3, 2012. The Royal Police Office (RPO) later agreed with the acquittal.

A Ferrari driven by Mr Vorayuth rammed into the police motorcycle on Sukhumvit Road in Bangkok. He then fled the scene to his house.

Sunday’s statement was the first time that the OAG broke silence on the issue after the decision of prosecutors to drop the final charge was first reported on Reuters on Thursday according to post reporters.

The working group probe has been asked to conduct the investigation quickly. It will probe the reasons for prosecutors not to pursue the charges. Also whether their decisions were in accordance with all laws and regulations, Mr Prayuth said.

“Mr Vorayuth can now return to Thailand without any problem. At this moment, we don’t know where he [Boss] is,” deputy police spokesman Pol Col Kissana Phathanacharoen said on Friday.

The OAG was under pressure to explain to the public why the case has been closed after years of legal inaction.

The deputy OAG spokesman said that Attorney-General Wongsakul Kittipromwong was leading a seminar in Khon Kaen from Thursday to Sunday, when the story was publicized.

The order to set up the investigative panel was issued on Sunday.

Government spokeswoman Narumon Pinyosinwat said on Sunday Prime Minister Prayut Chan-o-cha did not favour to any lawbreakers and never interferes in the work of the OAG as it was set up as an independent agency.

The RPO plans to form a panel to probe into the decisions to drop the fatal hit and run charges to end public doubt, she said.