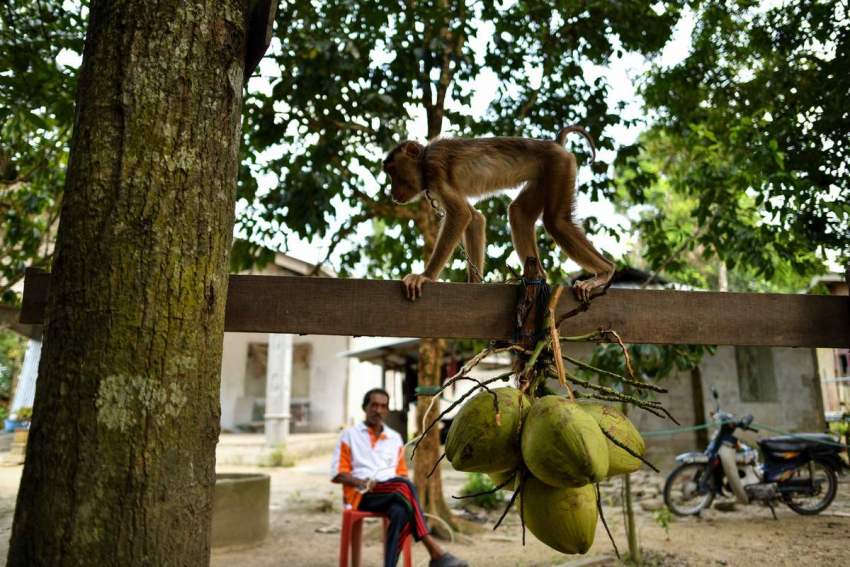 The Department of International Trade Promotion has said Europe has started to understand the practice of using monkeys to pick coconuts in Thailand. The department chief Somdet Susomboon wants Thai coconut products to return to European shelves soon.

Director-general Somdet Susomboon said Thai trade centers and embassies in Europe were giving explanations. about monkeys in the coconut industry. This comes after European stores removed Thai coconut products from their shelves following a monkey abuse allegation by PETA, the People for the Ethical Treatment of Animals.

Operators and consumers in Europe better understood what was happening in Thailand, he said.

“Commercial attaches and concerned officials have talked to representatives of department stores in Europe. They understand Thai culture… Monkeys picking coconuts are a part of long-standing community lifestyles. The picked coconuts are locally consumed and are not used in industries.

Some monkeys do it for shows to tourists,” Mr Somdet said.

Commercial attaches would also discuss the issue with PETA. Saying it was likely that the operators of European department stores would review the issue, he said.

Last week officials of the Commerce Ministry and the Foreign Ministry brought European ambassadors and foreign reporters to witness the collection of coconuts for industries. There they saw people and machines, not monkeys, were used for the task for coconut products. 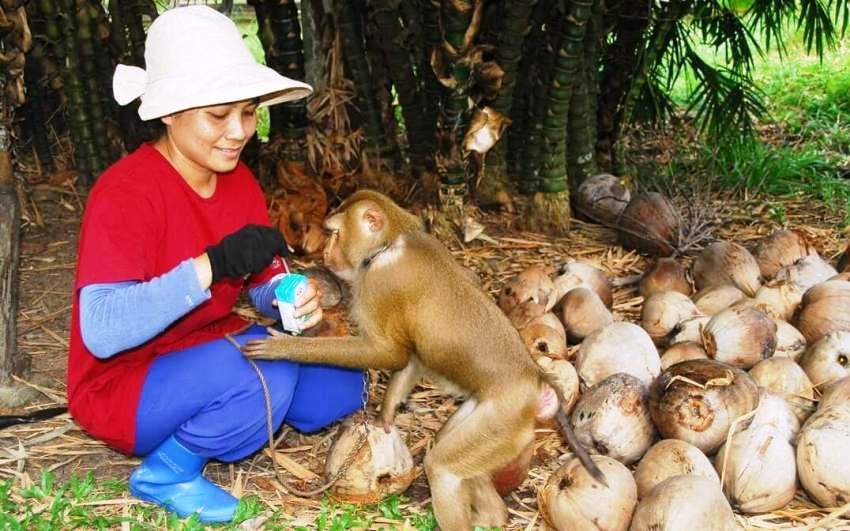 Elsewhere, PETA has found themselves in other storm of controversy. Claiming that they had an advert banned from Sunday’s Super Bowl which depicted animals taking the knee. Also in the same way that NFL players had done to protest police brutality.