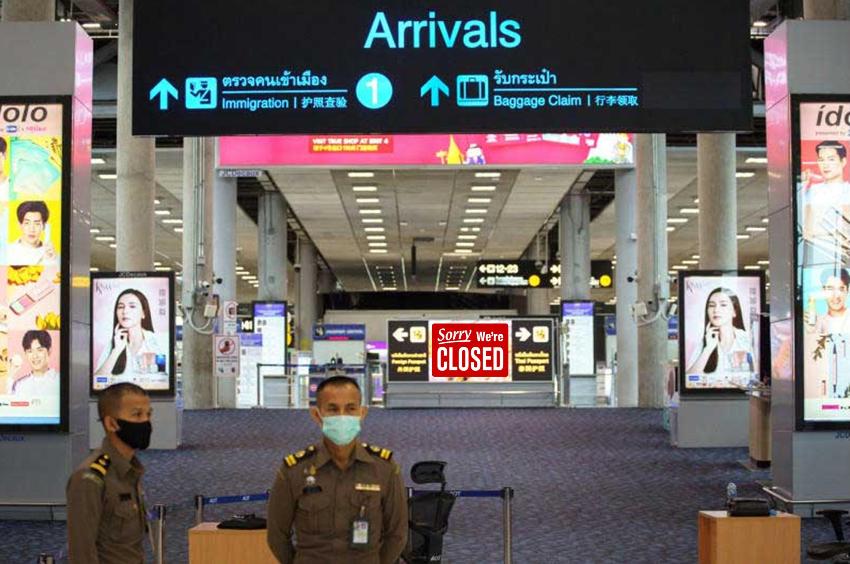 Although Thailand has already reopened its borders to foreigners with work permits, residency or families leisure travel will not return any time soon. Chattan Kunjara Na Ayudhya, a deputy governor at the Tourism Authority of Thailand says he sees no signal from the government that Thailand will open this year.

Last month, there was talk about forming travel bubbles,’ continued Ayudhya, according to TTG. ‘That talk has not continued so far because of outbreaks in many of the countries we were hoping to get tourists from.’

Australia and South Africa are among the other countries that have hinted they are unlikely to welcome travellers until 2021.

Yuthasak Supasorn, governor of Thailand’s tourism authority, had previously told CNN that when Thailand does reopen the country, would only allow travellers from other countries ‘if their situation has truly improved’.

Supasorn also said it was likely that any reopening would be limited to specific locations. Suggesting islands like Koh Pha Ngan and Koh Samui could become closed-off resorts for overseas travellers from cities with no current infections. A similar approach to that taken in Cuba.

Tourism supports 20 percent of Thailand’s GDP, with more than four million people usually employed in the sector. However, in a recent Bangkok Post poll 95 per cent of respondents believed foreigners should be barred from entering the country to preserve public health.

Meanwhile, the Bangkok Post reports tour operators plan to speak with the Civil Aviation Authority of Thailand (CAAT) about lifting restrictions on international commercial flights in the fourth quarter. Above all to allow the Safe and Sealed plan to take shape.

Vichit Prakobgosol, president of the Association of Thai Travel Agents, said state agencies and operators must cooperate to drive the economy forward during the coronavirus pandemic.

The Safe and Sealed plan is the result of collaboration between the Tourism Council of Thailand (TCT) and 13 tourism sectors, including hotels, inbound tour operators and tour bus services.

While the private sector is awaiting a response from the government after proposing the scheme last week, council representatives in each province are working with locals to gain a better understanding of the idea.

Those long-term guests wouldn’t be kept in a specific area after completing a 14-day quarantine and would be allowed to travel freely in the country, which should contribute tourism income to other provinces, he said.

“Even though Phuket has seen increasing numbers of local tourists lately, the overall situation in the province is still in doubt because the long distance is an obstacle,” Mr Bhummikitti said.

Roughly 40% of the 2,000 hotels in Phuket have reopened, with most hoteliers planning to restart in October.

Mr Bhummikitti said state agencies must provide less-complicated stimulus measures or add more privileges in order to boost domestic trips. A tourism cash coupon is one of the possible ideas that could be used in the next phase of the We Travel Together stimulus campaign.

Regarding the cabinet approval of additional holidays in September, Mr Bhummikitti said the four-day weekend of Sept 4-7 should drive tourism activities after most locals travelled to their hometown in July rather than heading out for excursions.

“New holidays will bring another chance for leisure trips,” said Chairat Trirattanajarasporn, TCT president. “People can plan their trips in advance because the cabinet announced it early.”

Despite still taking place in the low season, Mr Chairat hopes the new phase of the tourism stimulus will stimulate local demand more than in July and August.

He said operators are waiting to see whether new Finance Minister Predee Daochai will provide effective measures to benefit tourism.