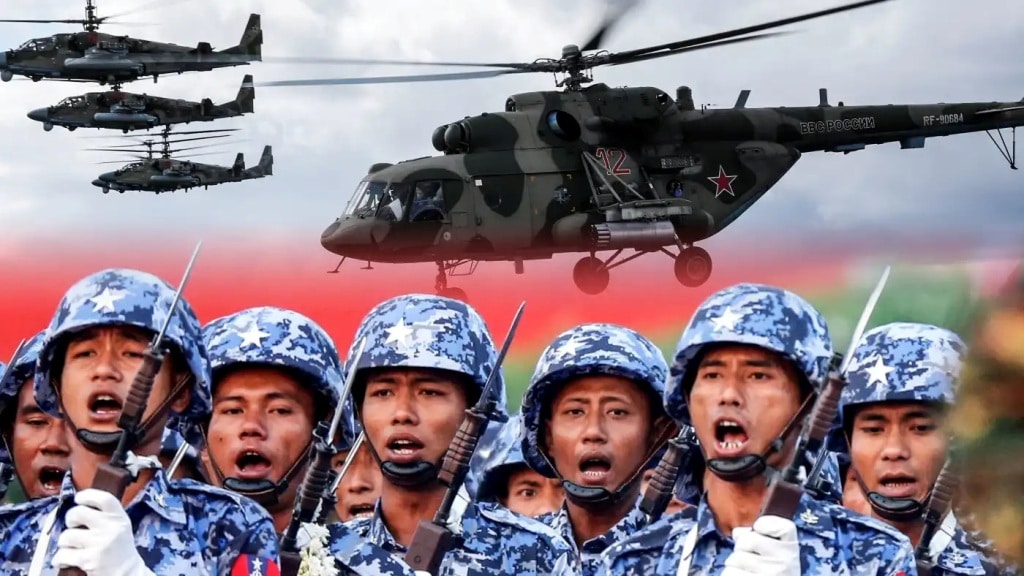 Rights activists have accused Moscow of legitimizing Myanmar’s junta, which seized power in a Feb 1 coup, by continuing bilateral visits and arms deals.

Speaking on the sidelines of Russia’s annual MAKS air show, which President Vladimir Putin attended on Tuesday, Mikheev said Myanmar is one of Rosoboronexport’s key customers in south east Asia and a key partner of Rostec, Russia’s state aerospace and defence conglomerate.

Defence ties between the two countries have grown in recent years with Moscow providing army training and university scholarships to thousands of soldiers, as well as selling arms to a military blacklisted by several Western countries.

Russia is still the dominant supplier of military hardware to Southeast Asia, ahead of the U.S., France and China. Myanmar, according to one observer, serves as a “gateway” for this lucrative market.

Myanmar ranks second after Vietnam, having bought an estimated $1.5 billion in military hardware from Russia over the 1999-2018 period, accounting for 39% of its total arms imports, according to SIPRI. Russian weapons exports to Vietnam amounted to $6.5 billion, with Malaysia purchasing $1.4 billion coming third and Indonesia was fourth with $1.1 billion.

Russia’s strong ties with the generals of the Tatmadaw, as Myanmar’s military is known, have been brought to relief since Senior Gen. Min Aung Hlaing, the commander in chief, staged the Feb. 1 coup to overthrow the democratically elected government led by the National League for Democracy, which was preparing for its second term in power.

Meanwhile, Human Rights Watch reports the junta’s military tribunals have sentenced 65 people to death following unjust trials since the military coup on February 1, 2021, Human Rights Watch said today. State media and local groups have reported that 26 of those sentenced are currently detained, while 39 were convicted in absentia.

Military tribunals handed down the death sentences in areas of Yangon where the junta declared martial law in March. In imposing martial law, the junta transferred all executive and judicial power to the head of the relevant regional military command and instituted the death penalty as a possible sentence for 23 crimes.

“The Myanmar junta has added to its mass shootings of protesters on the streets by having military tribunals hand down several dozen death sentences after egregiously unfair trials,” said Shayna Bauchner, Asia researcher at Human Rights Watch.

“Apparently aimed to chill the anti-coup protest movement, these death sentences should serve as a stark warning to foreign governments that urgent action is needed to show the junta that there will be a reckoning for its crimes.”